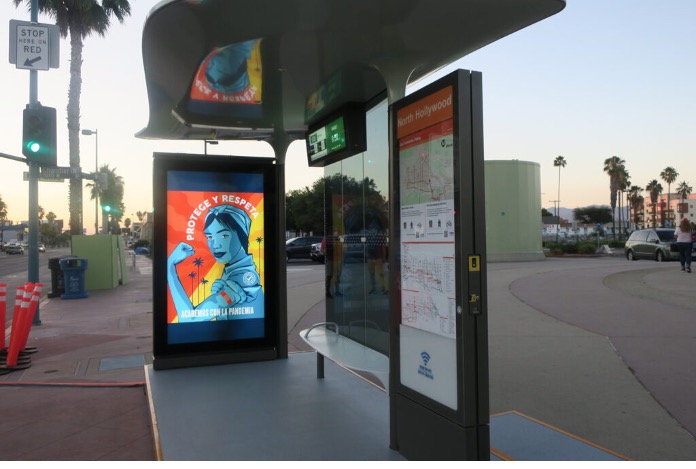 LA TRANSPO - The City and its transit riders deserve another chance at shade and shelter. Here's how:

Among its many shortcomings, is the built in inequity that plagues STAP's implementation plan.

It is important to note (and this is something that apparently no Councilmember realizes), that when the Bureau of Street Services announces that 75% of the transit riders in each Council District will be covered with shade and shelter (by the end of the initial 10 year STAP program contract -- IF funding is found and IF staff are dedicated to the program, and IF Tranzito is able to implement a program that they have never managed before, and IF Tranzito can serve an area the size of LA City, the likes of which they have never done, etc.) that is in itself a very inequitable criteria by which to distribute transit shelters.

It would not be a surprise to understand that the distribution of transit riders is very different from amongst the various Council Districts.  In short, some CD areas have many more constituents who rely on transit.  When the STAP program targets 75% of riders in a CD that has many riders, the remaining 25% left without shelter will be a significant number of people.  When STAP provides shade for 75% of a CD that has fewer riders, many fewer riders will be left out in the sun to bake.  This is a built-in inequity in the program that only amplifies the inequities already revealed understanding that the program will install shiny flashy new digital shelters in areas where the advertising revenues are greatest... the Westside, Hollywood, areas of Downtown....  That inequity serves the purpose of the program to install more shelters where ad revenues are greatest because if revenues aren't generated, additional shelters cannot be placed.

What is particularly striking is that this injustice is being used to promote the equity of the program!  75% of EACH CD's riders will be covered --- never mind that thousands of Angelenos will be cheated out of their shade and shelter through this policy.

It is understood that many CD offices are tired of hearing about STAP.  It is understood that the Mayor's office is pressing for its approval.  What is incomprehensible is how a program that fails to deliver meaningful shade and shelter can be adopted without a decent effort to fix its most glaring shortcomings.  What is incomprehensible is the fact that a program based upon an RFP written without any community input (and that relies on the input from Public Works/Streets LA focus groups with outdoor advertising industry representatives interested in bidding on the contract) can more forward now.  What is incomprehensible is the city's failure thus far to reevaluate the program given that its origin predates the impacts of the pandemic and was created well before there was any hint of an economic recessionary cycle on the horizon -- a fact that will impact the delivery of all City services and likely the resources available to implement STAP in good time.

Should transit riders have to wait until the economy improves in order to have some shade and shelter?

Shouldn't the Council be asking serious questions and exploring alternatives to this program?

Once the RFP was issued, the DPW was wedded to their model.  Now that we have all had a chance to look at the program, a TIME OUT is needed to address its many weaknesses and biases.

If the city's true intention is to deliver shade and shelter to transit riders, then it must abandon the current contract and develop a hybrid approach that takes the best of the current model and combines it with the best of the proposed model.  The city should not move forward without a serious look at how to have a hybrid program.

The current existing program provides transit shelters at NO out-of-pocket cost to the City to purchase and install the shelters.  Transit stops across LA that have no hope of seeing a new STAP shelter for years should be targeted and included for a shelter installed under the current program model.  Yes, the City will receive reduced ad revenues, but the goal of this initiative is meant to be to provide shade and shelter for transit riders, is it not?  (In fact, if transit shelters and shade structures are installed under this model, it could be reasonable to expect that the vendor and not the City receive nearly all ad revenues for having performed a much-needed public service, but that will be determined in financial modeling and negotiations with a selected vendor.)

The Council already passed a measure that allows for multiple vendors for public right-of-way programs, so the mechanism to do so exists -- even if the new policy was adopted with another program in mind.

There is merit to having multiple vendors with different strengths participating in the street furniture program.  It will allow different models of program delivery and will also allow for the City to benefit from both the experience and resources of different partners.

Just as the City, State and Nation cannot go from gasoline powered vehicles immediately to full electrified vehicles and must rely upon hybrids to move us forward, so, too, should the City of Los Angeles adopt a hybrid model to serve our vast City and its transit riders.

The Council should adopt a needed time out to instruct the Public Works Dept., DOT and the Planning Dept. to design a hybrid program that can deliver all the positive qualities that a street furniture program should have and that diminishes or removes all the negatives currently built into the current program.  It is time for the Dept. of Public Works and the Mayor's office to stop pushing a plan that fails to meet its goals, fails to provide equity and endangers our most sensitive street users.  No amount of ad revenues can cancel out the significant negatives and their long—lasting negative impacts.

(Barbara Broide is President of the Westwood South of Santa Monica Blvd. Homeowners Association. She is also a Board Members of the Coalition for a Scenic Los Angeles.)