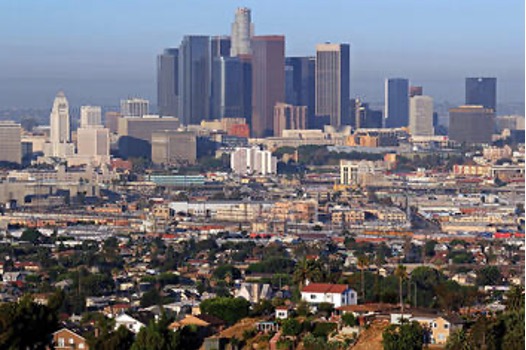 GUEST COMMENTARY - For much of the 20th century, Los Angeles symbolized the future. Over the course of the century, the population grew 40-fold to nearly four million people.

But now, for the first time in its history, the population of Los Angeles is in decline, falling by 204,000 between July 2020 and July 2021. LA was once a magnet for investors. But recently many of the area’s corporate linchpins – including aerospace giant Northrop Grumman, Occidental Petroleum and Hilton Hotels – have left, taking with them high-paying jobs and philanthropic resources.

Worse still, conditions in LA today are bordering on the medieval. Anyone visiting some of the most famous districts of urban Los Angeles – notably downtown, Hollywood and Venice Beach – sees clear signs of destitution, including sprawling homeless encampments, vast numbers of people living in vehicles and rampant crime. Last year, a UN official compared conditions on LA’s Skid Row, a poor downtown neighborhood, to those of Syrian refugee camps. Smash-and-grab thefts at local 7-Elevens and the persistent theft of goods from railyards suggest this is a city that has lost control to the modern version of lawless highwaymen.

So-called progressives have long dreamed of transforming the famously sprawled Los Angeles into a dense, transit-oriented, sun-kissed version of New York. But despite massive corporate and government investment, attempts to do this have failed. Rather than a vibrant hipster paradise, LA’s urban core is dominated by the homeless, the poor, government workers and a few creative types – making for an odd juxtaposition of homeless camps and low-rent hotels alongside high-end restaurants and artists’ lofts. Meanwhile, newly built luxury apartments have suffered vacancy rates as high as 14 per cent – remarkable in a city so short of housing.

Unsurprisingly, some Angelenos have sought to reverse this disastrous course. Earlier this year, disgruntled residents united around property developer Rick Caruso in his insurgent campaign to become mayor of Los Angeles. Caruso spent over $24million of his own money on the first round of the election in June.

Caruso is the grandson of Italian immigrants, whose father founded the successful LA business, Dollar Rent a Car. And he has himself been a big player in California for years. His real-estate business, founded in 1987, is now worth more than $4 billion. Caruso has built shopping centers all over the metropolitan area, from the iconic Farmer’s Market and middle-class San Fernando Valley to the swanky Pacific Palisades. Yet Caruso’s mayoral bid appears to have stalled against the well-organized might of the city’s public-employee-driven political machine.

This is a powerful machine. Last month, a grassroots movement opposing progressive criminal-justice reform lost its attempt to recall district attorney George Gascón, who has been widely blamed for LA’s lax approach to crime. Recall proponents needed 566,857 signatures, but despite collecting 715,000, only about 520,000 turned out to be valid. Thanks to the machine’s backing, Gascón’s recall bid failed, even though the city last year experienced 397 murders – up 11.8 per cent from the 355 the previous year, and a 53.9 per cent increase from the 258 in the pre-pandemic year of 2019.

Read the rest of this piece at Spiked.