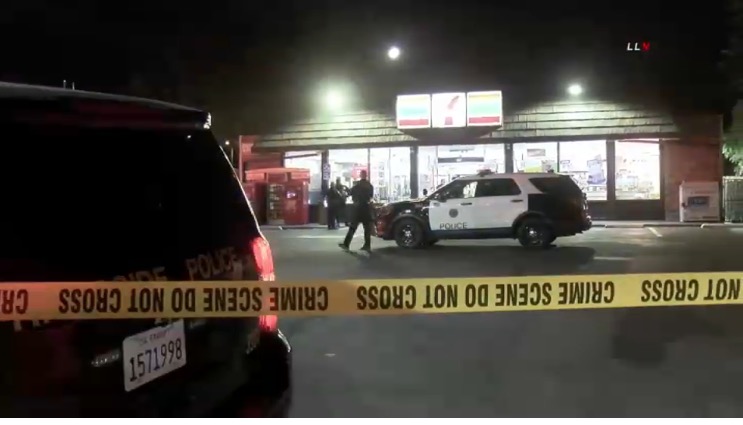 SFV CRIME - Oh, the irony of this question coming from my fellow Angelenos is almost beyond my comprehension. Is it safe?

The question is it safe, comes up because my wife and I bought a vacation home in Baja, Mexico. More discord comes from the fact LA has a considerable and semi-successful defund the police movement. How can fewer law officers ensure our safety? According to analytics by Location Inc., you have a 1 in 278 chance of being a victim of crime in the San Fernando Valley. That's pretty good odds that you, one of your friends or relatives in the Valley, or someone they know is a victim or will be a victim of a crime.

Friends and family who have been where our vacation home is have reported feeling safer in the Baja than in Valley. In the area our vacation home is in, seeing a homeless person is an anomaly. However, unlike Encino, I am deeply surprised by the kindness, respect, and helpfulness of the average person we interact within the Baja.

Why do Los Angelenos feel safe when poll after poll suggests that crime is a major concern among the voting public? Jamie McBride, President of the Los Angeles Police Protective League, said, "we can't guarantee your safety; it's really out of control. It's like the movie Purge; instead of being given 24 hours to commit your crime, felons have 365 days to commit whatever crime they want." Additionally, DA Gascón's catch, and release policy is like getting unlimited get-out-of-jail-free cards.

Almost daily, we witness media footage of groups of youth invading a local store and carrying off gigantic bags of merchandise. For example, Marshalls on Ventura Blvd. in Encino was hit on July 15th by five men who took large sacks of Marshalls' inventory and rode away on scooters. I wonder how many of these crimes are being solved. How long will stores submit to being robbed blind? If these stores leave, where will we get our clothing and food?

District Attorney Gascón, currently subject to his second recall attempt, is a zealot of chaos. He is tearing apart the thin blue line that keeps civilization from crumbling. He is turning everything upside down and inside out in the criminal justice world. In his world, criminals are good and deserve 2nd, 3rd, 4th, and 5th chances. Victims have no rights and no protection from career criminals. Take the case of Andre Cachu, who was released six years into the 50-year murder sentence. Gascón's hand-picked Deputy District Attorney Blair declined to present evidence at a hearing to determine whether he should remain in custody after terming out in a juvenile facility. Shortly after his early release, he was rearrested and was found to be drunk and in possession of dangerous drugs and a gun. This was after a dangerous car chase and foot pursuit.

Or take the case of US Olympian Kim Glass who a mentally ill drug addict attacked. I mean a "homeless" man with a pipe causing extensive injuries to her face as she left lunch with a friend in downtown LA. I wonder how many mentally ill street people are attacking ordinary people.

District Attorney Gascón, now subject to his second recall attempt, is a zealot of chaos. He is tearing apart the thin blue line that keeps civilization from crumbling. In his world, which he foists upon us, criminals are good and deserve 2nd, 3rd, 4th, or more chances. Victims and their families have no rights and no protection from career criminals. Outrageously Gascón says notifying sexual assault victims, and families of murdered victims that the violent criminal who perpetrated the crime is up for parole is unnecessary and time-consuming. So, he's decided not to do it anymore. He says this is reform and will make us safer.

George Gascón insists, "I've kept my promise to transform the largest prosecutor's office in the nation." According to Jonathan Htami, Deputy DA (DDA), he did precisely that. Htami says 97.9% of the people working in the district attorney's office support the recall, and 200 DDA have fled the department because they can't do their job. Many DDA are filing lawsuits against Gascón because his policies are unethical and illegal. Despite a second recall attempt and widespread condemnation from his peers and employees, George has hired the most expensive defense attorney in the nation ($2500 an hour) to defend him against his willful failure to prosecute and enforce the California Three Strikes law.

The Second Appellate District Court stated bluntly that "the District Attorney (Gascón) overstates his authority. He is an elected official who must comply with the law. He is not a sovereign with absolute, unreviewable discretion". For a safer LA, please vote for the recall of George Gascón should the recall make it onto the ballot.

(Eliot Cohen is President Homeowners of Encino and active in the Neighborhood Council.  encinohome@homemail.com and an occasional contributor to CityWatch.) Edited for CityWatch by Jim Hampton.