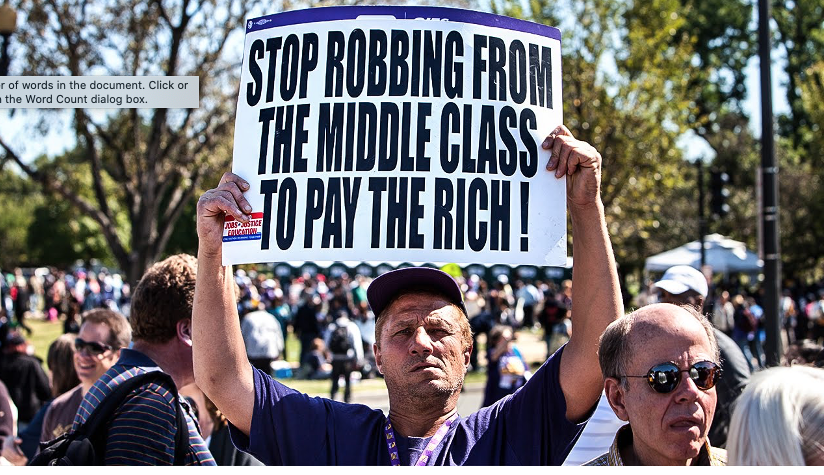 THE VIEW FROM HERE - Whether one believes that the economy is capitalist or socialist, the government’s role should be the same – to protect the Price System.

That does NOT mean price controls!  It means that in order for an economy to properly function, all buyers and sellers must have fast and accurate information about prices of everything.  Because power tends to corrupt, people who have the power to manipulate prices are a corrupting influence.

While the corrupting powers in housing operate in Canada, Australia, Great Britain, as well as in the United States, Los Angeles provides the best place to gain some understanding of the evil impact of something call The New Urbanism, aka Smart Planning.  Briefly, it aims to end home ownership and make the average homeowner into a renter.  Wall Street ultimately will own all housing, and the most real estate wealth will be derived from extreme density on a few parcels of land.   Based on the economic principle to Buy Low and Sell High, the corrupt city council has been on a rampage to destroy poor people’s homes, especially rent controlled apartments, since 2001.  Bought and paid for my developers, the city council unanimously approved the mass destruction of poor people’s homes because those homes cost developers the least the buy.  Before the Garcetti era, which began in 2001, zoning and other land use regulations protected much of LA from densification.

There were two horrible events without which the destruction of urban middle class would not be underway: The repeal of Glass-Steagall Act with the legalization of Credit Default Swaps (1999 and 2000) followed up by The Citizens United Case 558 U.S. 310 (2010) which allowed the forces of economic corruption to buy politicos.  Los Angeles is particularly ripe for massive real estate fraud due to its feudal form of government where each councilmember rules supreme in his or her own fiefdom.  Whatever deal a corrupt councilmember strikes with a developer is guaranteed unanimous approval by the entire city council.   One really should not call it a “democracy” where the voters merely elect who will be their next overlord, but where the developers call all the shots.

The Crash of 2008 was the result of what should be classified as Wall Street’s trial run at the destruction of middle class by converting America into a renter nation.  Since the Crash, Wall Street has become both smarter and more corrupt.

Here is an example how housing costs for single family detached homes have escalated since 1970.  A house just north of Franklin Ave in 1970 cost between $21K and $34K.  By inflation alone, the houses should now be worth and $155,600 and $251,900.  If one were to add the upward pressure on prices after zoning stabilized along Franklin Ave and the influx of Armenian who revitalized the area, one could see the homes being worth between 3 to 4 times as much, which would place the range between $446,000 and $800,000.  Rather, they run about $2.4M to $3M.

Higher sales prices of houses result in higher rents since owners base rent on housing prices.  Today, the average rent in this area of Los Angeles is over $3,000/mo for a two bedroom apartment!

If an increase in demand causes prices to increase, shouldn’t a decrease in demand cause prices to decrease?  Yes, unless there is massive fraud.  Not only has demand been steadily dropping in Los Angeles since 1990, there has been an insane amount of densification, usually where poor people used to live.  As a result of the destruction of poor people’s apartments, we see the massive homeless crisis, particularly in Hollywood.  In 1990, Hollywood had 213,858 ppl, by 2000, it had only 210,824 ppl and 10 years later it had only 198,228 ppl, now it is down to about 195,000 ppl.

“A major force driving Family Millennials away from Los Angeles has been the City’s anti-home ownership policy which has made owning a home in Los Angeles prohibitively expensive. People forget that it was not only the great weather that attracted people to Los Angeles starting in the 1890's, but it was also the vast expanse of single family homes. The war on the detached home mandated by “Smart Planning” has killed the American Dream for LA. A more descriptive word than “killed” would be “murdered.” The American Dream of owning a single family home with a yard in a decent school district has been deliberately murdered in cold blood – and the slaughter continues.

Not only is Los Angeles losing population, we are losing the most important segment, the Family Millennials.  They are our middle class for the next two generations. Not only have we lost the group which employers prize most, family bread winners, but their children, who will be growing up in Texas, Nevada, South Carolina, are lost to us.  They will not be returning to California, which will be a Hell Hole not that dissimilar to what we see in the Matt Damon movie Elysium.

While Rick Caruso believes that he can solve the follow home robberies by returning to the good old days of Chief (“hang em at the airport”) Davis or Chief Daryl Gates, that’s not going to make the super rich feel safe.  A likely result will not be living in the sky literally, but the vast privatization of the wealthy areas.   March 17, 2017, Zwartz Talk, The Gates of Hollywood

Caruso’s plan will cost the city billions of dollars to lock up the homeless in jails or mental institutions, while he accelerates the destruction of the middle class neighborhoods densified by high rise projects in R-1 areas. The fact that the jails are already overcrowded and we do not have treatment centers for drug addiction and mental health are details of no importance to Caruso.

What is horrible for Los Angeles will be great for the exurbs elsewhere.  The smart middle class will hop right over established suburbs and set down their roots in the exurbs -- those places that we used to call the boondocks.