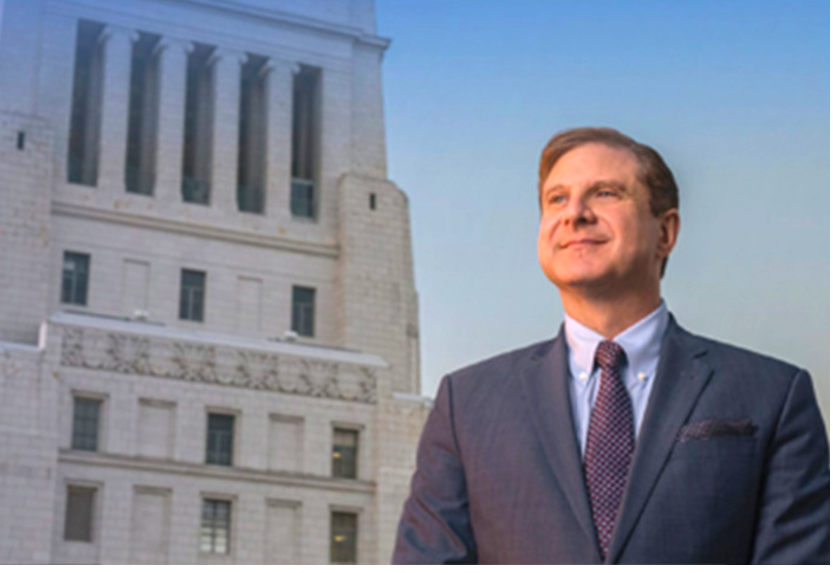 ACCORDING TO LIZ - There are seven candidates vying to fill some pretty big boots in the Office of the City Controller when Ron Galperin leaves later this year.

There is a link to the Town Hall at the end of this article and it’s more interesting than many, since the candidates were held to a two-minute maximum and, to keep them on target addressing policies rather than attacking their rivals, any mention one of the others gave the named candidate a 30-second rebuttal.

All were articulate and expressed visions that were similar in some areas but divergent in others. Accountability and transparency, a key theme of many Budget Advocate papers and speeches, in one way or another was echoed by all the participants.

All of the candidates expressed their intention to continue with and build on Control Panel L.A., Galperin’s signature accomplishment, an open data portal for accessing information on finances, payroll, revenues and funds for the government of the City of Los Angeles.

The title of this article stems from the lead off statement by Rob Wilcox, a sentiment echoed many times during the afternoon.

To ensure fairness, the order of responses to questions posed, was based on a random selection of the candidates’ names, and the order of these comments tracks that first selection.

Rob Wilcox, who has worked in the City Attorney’s office and for a previous Controller, started things off coming across as very cognizant of the problems that the City faces, using terms such as watchdog, transparency, and independent. Later on, he spoke to the urgent need to resolve the affordable housing challenge for the average family – so that people who work here can live here.

Two of his suggestions were especially appealing. The first was to address the budget-busting costs of the police department by pulling civilian jobs out of the LAPD which would allow the police to focus on their real mission – to protect and serve, not push paper and perform social work. The other, and equally important, was to stop the practice of having City officials appoint people to the Ethics Commission so it could be truly independent.

David T. Vahedi, a product of the Neighborhood Council system, has a strong background as a lawyer and auditor, and wants to build on Ron Galperin’s record by targeting the most effective use of the Controller’s office by using statistical sampling.

He would expand the dashboard to maintain additional City metrics and help address liability issues, and push for real time review by the Ethics Commission to ensure corruption is headed off before malfeasance can gain traction – and the attention of Federal investigators who can further delay prompt response. David’s biggest strength may be that he is not a longtime City Hall persona.

Councilmember Paul Koretz (he terms out this year) focused on the key issues of homelessness, climate change, police overtime, and affordable housing, beating the City Hall drum. As a longtime progressive Councilmember, he is well-known to the voters and spoke well on big picture issues but seemed a bit out of touch with the in-the-trenches needs of the job for which he is running.

Koretz may have scored points with the labor constituency by saying he had been around for the last round of City layoffs in the wake of the Great Recession and led the opposition to their devastating, often unintended impacts. However, he didn’t mention what role he played in the last year’s Separation Incentive Program which is creating many of the same problems.

His response to the question on pensions revealed how complicated that issue really is, and why the City does need to address its current and future challenges, especially since the City has to subsidize these plans when their returns fall short of necessary payouts.

The Budget Advocates continue to support the LA 2020 Commission’s recommendation to establish an independent pension commission that would review and analyze the two pension plans and advocate for ways to make them more sustainable.

Stephanie Clements with 25 years of City experience in a variety of positions started off a winner with her focus on optimizing services, working for the people, and building on Galperin’s legacy.

She continued by bringing up the need to ensure the new payroll system is implemented without glitches, to invest in the City’s human resources and IT infrastructures, to address labor agreements and ethics issues that have plagued Los Angeles, and to review expenditures over the years to search for trends to find knowledge-based solutions.

Clements then called out some big ticket issues such as the Council discretionary funds, LAPD overtime, and the unions (who are funding the campaign of Koretz).

However, she suggested the way to address the barriers to affordable housing construction would be to engage in Private Public Partnerships (PPP) which have already failed the sniff test with homelessness, sucking up City money with little to show in return.

Kenneth Mejia whose credentials include his experience as an auditor and that he is a CPA made some excellent points, but his approach was more egotistical reflecting what appeared to be his need to be important over his need to care for Angelenos.

He is passionate and knowledgeable and someone to watch for in the future.

Reid Lidow was a surprise to many, originally appearing to be a lightweight out of the current Mayor’s office. But his background includes being a United Nations Special Envoy for Global Education where he worked with Gordon Brown, former British Prime Minister on a range of campaigns.

At the Town Hall, he was an effective speaker and a strong supporter of transparency and accountability, something desperately needed in Los Angeles today.

James O’Gabhann was another outlier with a background as a LAUSD teacher, investor and philanthropist – very much a Renaissance man with a wide variety of passions from climate change to cyber security, from support for labor to opposition to institutional racism.

His keynote commitment would be to build on the Neighborhood Council system and change the City Charter to allow for a 100-member City Council, to make it more diverse and egalitarian.

This IS a consequential race as the Controller not only watches over the City’s finances but he is tasked with bringing concerns to the attention of both the City Council and all Angelenos.

My number one choice would have to be David Vahedi, followed by Rob Wilcox, then Stephanie Clements, and Reid Lidow as a dark horse candidate.

Kenneth Mejia has good ideas but needs some seasoning in practicality to broaden his appeal, and Paul Koretz may be carrying too much baggage despite his sharp mind and affable demeanor. James O’Gabhann has a wealth of other experience but with little online presence will have a difficult time competing with the others.

Do your research and get out and vote on June 7. If no one candidate receives a simple majority, the top two will face each other in a run-off on November 8, with the winner taking office on the second Monday in December.

You can watch a recording of the Town Hall or read brief candidate bios (scroll down on the page) – for those with short attention spans, the meat of the meeting starts at 6:45 – or you can check out the candidates’ websites listed below, this time in reverse alphabetical order.

Rob Wilcox, David T. Vahedi, Kenneth Mejia, Reid Lidow, Paul Koretz, and Stephanie Clements. James O’Gabhann does not have a website at the time of writing.