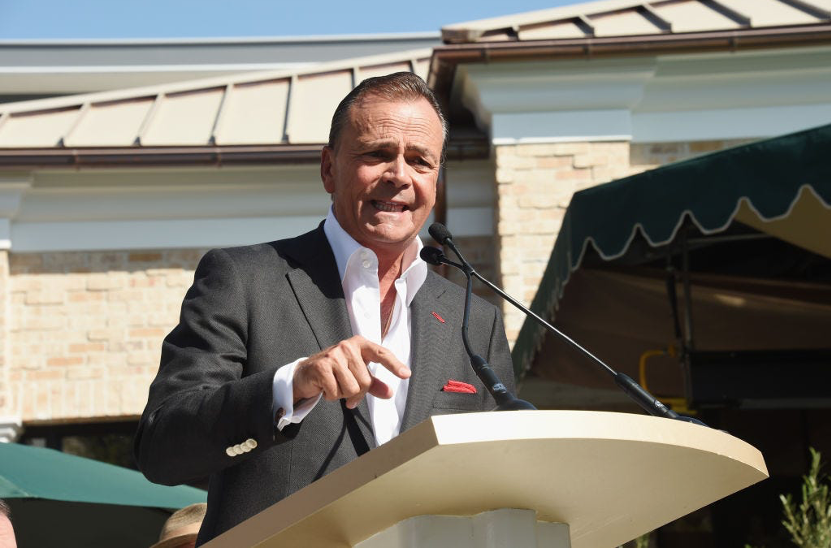 THE VIEW FROM HERE - This involves the old adage, “figures don’t lie but liars can figure.”

The TV ad featuring former LAPD Police Chief William Bratton says, “Together we (LAPD Chief & Caruso) reduced crime by 30%.”   This is very impressive when nationwide we have a rash in violent crimes and Angelenos are plagued with follow-home robberies targeting LA’s wealthy.

What Is the Real Story?

Clearly, the advertisement’s message is that Caruso can stop this crime wave as he stopped the prior crime way.  This is 100% False!

In the same time span, state wide crime decreased by 55.5%.  Thus, the state had also experienced a significant decrease in crime. Nationally, there was dramatic drop in crime from 1992 through 2014.  Are we supposed to credit Caruso for the drop in state crime as well? Shall we credit him with the national drop in crime?

Let’s be clear. The figures do not support the idea that Caruso stopped a crime wave like we are having now.  The figures show that he merely was commissioner while crime was decreasing. The advertisement shows that Rick Caruso takes credit for things which he did not do. No one forced Caruso to authorize this misleading advertisement. How’s that for Mr. I-am-so-Honest?

Will The Media Shill For Caruso?

Will anyone at the LA Times ask Caruso why he merits credit for the decrease in crime when there is no basis for that claim?  Wikipedia has a more negative take on Caruso’s tenure, but its stats seem unduly pejorative to Bratton.

"In August 2001, Caruso was appointed by Mayor James K. Hahn to the Los Angeles Board of Police Commissioners[29] and was elected its president.[27] In this role, he led the selection process that resulted in the hiring of former New York City Police Commissioner William Bratton as the Los Angeles Chief of Police. During Caruso's tenure as President of the Police Commission, the crime rate in Los Angeles dropped 37.3% from 2002 to 2006 a much smaller decrease during his 5 year tenure than the previous 5 years or the following 5 years after he left."

While no one claims that any city hall politico has any integrity, that does not mean Angelenos should ignore a candidate’s low Integrity Quotient?   Wikipedia has more disturbing information about Caruso.

“In 2018, Caruso was elected Chairman of the USC Board of Trustees and has since faced criticism for his handling of the George Tyndall USC sexual abuse scandal, in which a USC gynecologist spent 30 years molesting hundreds of patients, despite complaints dating back to 1991. [61] [62] [63] [64] In May 2018, Caruso promised an independent investigation and an accompanying public report, but no report on the investigation has ever been made public.[65] Though the case was settled in March 2021 for $1.1 billion, Tyndall's victims' attorney John Manly continues to demand transparency from Caruso and USC, and a release of the investigation's findings.[66][67] On February 15, 2022, Caruso announced he will be stepping down from the USC Board of Trustees.[68]"

Although Caruso’s mayoral campaign rails against city hall corruption, when he had to deal with something worst, he was in cover-up mode and by the time he left the USC Board, the investigation’s findings into Dr. Tyndall were not released.  Beware of someone who demands others live up to standards which he ignores.

What Is Corruption Other than Using Power and Money to Get Stuff to Which You Are Not Entitled?

Despite Caruso’s fretting over city hall developer corruption, someone should ask, “When is a bribe not a bribe?”

“In 2016, the L.A. Times reported that Caruso, his affiliates and family, had given more than $476,000 to L.A. city officials over the past five years; during this time Los Angeles City Hall approved numerous building projects.[39]”  "

“The Los Angeles Area Chamber of Commerce sent a representative to the hearing to speak on behalf of Caruso’s project. The group’s political action committee received $50,000 from the developer in 2014 ...” LA Times Dec 28, 2016   People who are paid to represent a developer’s interests at city council are supposed to be registered as a lobbyist. Was the LA Area Chamber of Commerce a registered lobbyist for Caruso?

“Mayor’s Fund for Los Angeles is a non-profit that allows Garcetti to directly fund his favorite pet projects.  ¶ Now Caruso is one of the most generous contributors to Garcetti’s non-profit — shelling out $100,000. That largess came from the developer’s charitable organization, the Caruso Family Foundation. ¶  20-story luxury housing complex at 333 La Cienega Boulevard, where traffic near the Beverly Center is regularly gridlocked. Caruso needs a General Plan amendment, a zone change and height district change because the neighborhood is not zoned for such a mega-project.”  Preserve LA Billionaire Rick Caruso Delivers $100K to Mayor Eric Garcetti’s Non-Profit, by Patrick Range McDonald April 1, 2016

In order for something to be a bribe, it has to be something of value which is given to induce a politician to make a favorable decision on behalf of the bribe giver.  There is no requirement that the bribe go directly to the politician; Garcetti’s ability to dole out millions of dollars to various “charities” has value to Garcetti.  (The most notorious bribery exception is the Supreme Court’s allowing huge campaign contributions.)  In Los Angeles, it seems that if you characterize the bribe as a gift to a special fund which the mayor has established and administers, it is not considered a bribe.  Interestingly, it seems that when a developer gives lots of money to Garcetti’s Mayor’s Fund, horrid mega projects get approved.

When Caruso’s boasts look like flimflam, does Caruso want to be mayor to help Angelenos or to help himself?