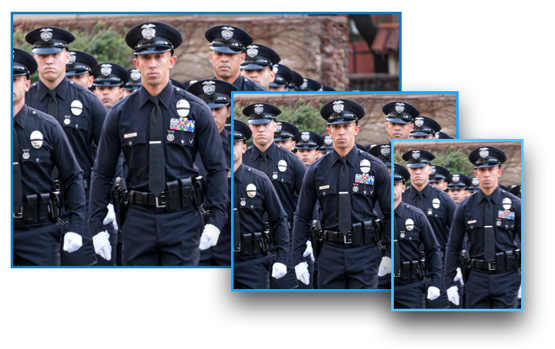 Why are so many people pulling away from a Law Enforcement career in Los Angeles?  Do the “Let the criminals run free” policies of District Attorney George Gascón, some local and state elected officials and The Los Angeles Times have anything to do with this terrible and tragic situation that is putting more people in jeopardy of becoming the next crime victim to be robbed, assaulted or injured while in a public place or even in their home or business…..

It is clear, by their continuing support, that the L.A. Times supports the “Let them Go” policies of D.A. George Gascón.  In an early April article, the Times headline stated: “Is it fair to blame Gascón alone for L.A.’s violent crime surge?  Here’s what the data shows.”  The answer is YES!  It is the policies implemented by Gascón that have led to the dramatic increase in violent crimes in Los Angeles County.  Some those policies include the following:

According to the L.A. County Sheriff’s Department, crime has been surging since Gascón took office.

Los Angeles is under a crime siege as reflected in the crimes that are reported on local and national TV news programs.

Gascón believes in using “Data and Science” verses the laws established by legislators to hold people accountable for their criminal behavior.

When the hundreds of L.A. Deputy District Attorneys were asked about the Gascón Recall, 97% voted to support the Recall and remove Gascón from office.  These are dedicated and experienced lawyers who have chosen to prosecute those suspected of both Misdemeanor and Felony crimes.  How can anyone manage an agency or department when nearly 100% of the employees have no confidence in the leader of the department?

I encourage you to support the Recall of Gascón and sign the petition.      Over 200,000 signatures have been collected and 566,857 are required to trigger the recall election.

You can download a petition at www.recalldageorgegascon.com.  I encourage you to do it today.

I am co-chair of the Gascón Recall petition along with relatives of those murdered in L.A. County.

Come to America and Los Angeles and see what you can get for FREE.

My mother Alice always said that money does not grow on trees.  That may have been the case years ago, but it appears that times have changed and so has the distribution of FREE money from government.  Something that has grown in popularity as reflected in the following government programs either under consideration or already implemented.

Additional FREE MONEY programs are under review at the Federal, State, County and Local government level.

(Dennis P.  Zine is the author of RantZ and RaveZ.  The column is published twice a month to enlighten you on issues impacting Los Angeles and America.  Dennis P.  Zine is a 54 member of law enforcement and a retired elected public official.)