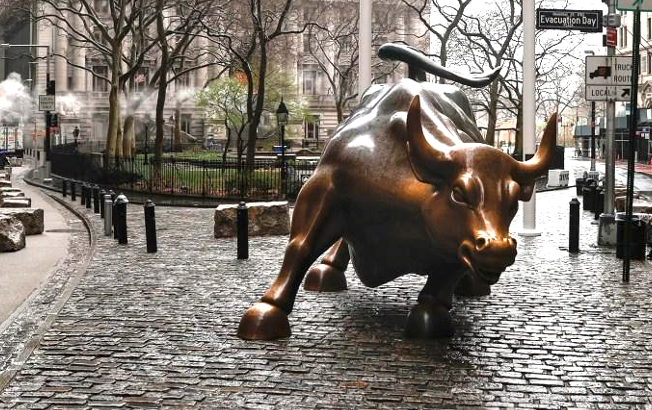 PLANNING WATCH - Sometimes a cure is worse than the disease, especially supply-side/trickle-down solutions to the housing crisis,

such as, inflated and counter-productive RHNA (Regional Housing Needs Allocation) housing production requirements that the State levies on 191 California cities.

A clever economist debunked this type of supply-side economics in one sentence: “You cannot push a string.”  In other words, deregulation cannot mandate desired outcomes, such as the private construction of low-income housing, by weakening local zoning ordinances.

Nevertheless, despite decades of failure, supply-side/trickle-down economics endures, at least when it comes to spurious solutions to the housing crisis.  In Los Angeles, for example, at least 40,000 plus people are homeless, and their numbers are growing.  If we then add in those who live in overcrowded houses and apartments, or who pay more than 30 percent of their income for shelter, the housing crisis affects 3,000,000 people out of LA’s 3.9 million residents.

Despite these shocking numbers, the drumbeat continues to solve the homeless crisis by creating even more (largely unused) zoning capacity through the deregulation of local zoning ordinances.  But this is not a crisis that can be solved by the private sector building even more luxury housing on up-zoned parcels. 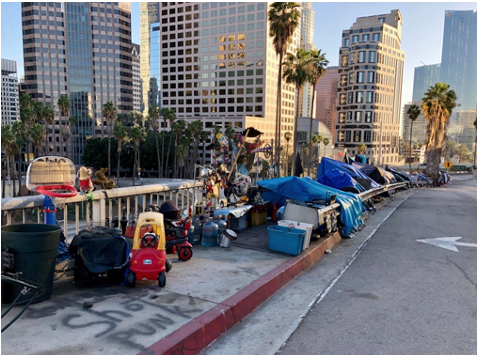 SB 9: The California State Legislature recently adopted Senate Bill 9.  It allows homeowners, a euphemism for spec builders, to demolish their existing house, subdivide the lot in half, and then build smaller apartments on each half.  Since few homeowners want to move out of their house, rent another place to live for several years, demolish the original house, and then build apartments at the same location, the real players will be investors and contractors.

Housing Element: In November 2021 the Los Angeles City Council adopted LA’s new 2021-29 Housing Element.   Only one of the Housing Element’s 130 implementation programs is likely to see the light of day: up-zoning much of the city through Community Plan updates and increased density bonus options for developers who want more than the deregulated zoning code allows.

RHNA:  Each city’s RHNA housing allotment is based on the number of market rate and below market rate housing units that California’s Housing and Community Development Department (HCD) determines to be necessary to accommodate a city’s future jobs.  The RHNA numbers for each major metropolitan area are established by HCD on an eight year cycle, and then assigned to cities by regional planning agencies, such as the Southern California Association of Governments (SCAG), which includes Los Angeles.

In response to complaints from cities and local community groups, the State of California’s Auditor reviewed the Housing and Community Development Department’s RHNA calculations.  The audit offered the following methodological criticisms, but did not conclude whether the agency’s RHNA numbers were too high or low.  The audit also did not challenge HCD’s claim that California must build 2.5 million additional homes by 2030, including 643,000 that are very low income, 384,000 that are low-income, 421,000 that are moderate income, and 1,051,000 that are market rate.

These flaws help explain the many problems with the RHNA numbers that the State, through SCAG, assigned to Los Angeles.  According to SCAG’s RHNA figures, the City of LA’s 2021-2029 Housing Element must accommodate 456,643 new units, including 184,721 Low and Very Low Income households.

Since imposed RHNA requirements are implemented by increases in a city’s zoning capacity (i.e., up-zoning), this supply-side approach makes the housing crisis worse, not better.  This is why:

1)  Super-sized RHNA allotments require local up-zoning -- despite the enormous amount of existing and under-utilized zoning in Los Angeles, most of it on commercially-zoned transit corridors.  These parcels already allow developers to build by-right low rise and medium rise apartments, which can then be enlarged through density bonuses.  This is why LA’s existing zoning ordinances allow Los Angeles to become a city of 7,000,000 people.  If density bonuses are then factored in, Los Angeles could reach 9,000,000 people, or more than twice its current population of 3,900,000 people.

2)  Cities, like Los Angeles, can respond to HCD’s and SCAG’s bloated RHNA figures by further increasing their zoning capacity through up-zoning and expanded density bonuses ordinances.  But they cannot compel private investors to build housing, especially money-losing low-income housing on up-zoned parcels.  This is the fatal flaw of their approach.

3)  When developers build housing, they choose highly profitable market housing.  These high-rise palaces are painfully visible throughout Los Angeles, but they do not and never will meet the city’s unmet need for 600,000 more low-priced housing units.

4) Regardless of the RHNA figure that SCAG assigns to Los Angeles, the housing crisis will get worse.  Poverty continues to grow, pricing even more people out of housing.

5)  The privatization of low cost housing does not work.  At best, it results in more market rate housing, and its unintended consequence is an increase in homelessness and homeless encampments.  This is because new market housing pulls up rents in older buildings.  This is why homelessness is increasing in neighborhoods, like Hollywood, where there is a boom in the construction of expensive housing.

Final thought:  There is one zoning change that could alleviate the housing crisis.  If cities reduced their zoning capacity, it would force developers to apply for density bonuses to build larger, more profitable apartment buildings.  But since the housing crisis is only a thin cover story for huge giveaways to developers and commercial property owners, this approach is a non-starter at City Hall.

(Dick Platkin is a former Los Angeles city planner who reports on local planning issues for CityWatchLA.  He serves on the board of United Neighborhoods for Los Angeles (UN4LA) and co-chairs the Greater Fairfax Residents Association.  Previous Planning Watch columns are available at the CityWatchLA archives.  Please send questions and corrections to rhplatkin@gmail.com .) P{hoto:  Statue of a bull - symbol for a rising stock market -- at the New York Stock Exchange