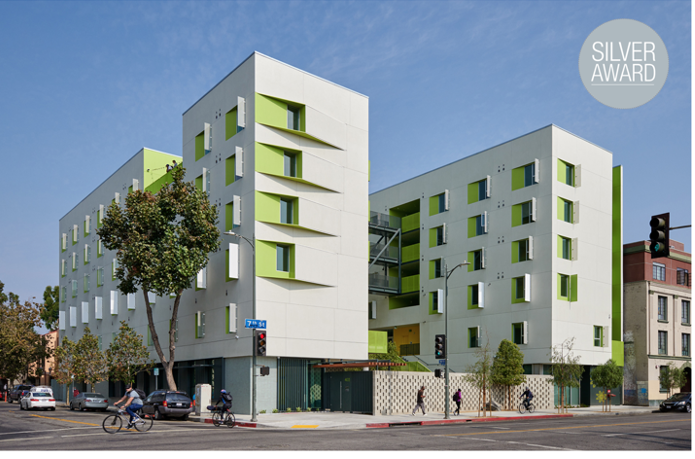 GUEST COMMENTARY - Watch out when our elected officials stump for affordable housing. The results so far have been the reverse.

What is being built all over Los Angeles but especially in the areas where people could previously buy or rent homes for a reasonable (maybe) price, are primarily condos and mansions that are only “affordable” for the middle and upper income echelons.

By removing existing homes from the market and replacing them with luxury units, often following the densification as improvements mantra, developers are making a difficult housing situation worse.

And by encouraging this process, which inevitably drives up prices in once affordable neighborhoods, making existing stock more and more expensive, elected officials are spending our tax dollars to essentially create a de facto ban on making housing in Los Angeles affordable for all but the wealthy.

Years of pouring billions in federal, state and Measure HHH funds into developers’ pockets has not created anywhere the amount of affordable housing that we need.

And the cost is incomprehensible. As a recent report from Ron Galperin states, the per-unit cost continues to climb to excessive heights – over $800,000 in one instance. These prices often exceed what even well-heeled Angelenos can afford, let alone the working poor or Section 8 voucher recipients.

Galperin then points out that the total number of completed units (1,142) is wholly inadequate in the context of numbers of homeless (41,290++) in our City.

Furthermore, when property in working-class communities is bought out for City Hall-funded developers to build their overpriced units, it fuels gentrification leading to further loss of housing for those workers.

Not only does this escalate the housing problem instead of improving matters, often it forces more people onto the streets so they can remain near work and friends and destroys the character of some of the neighborhoods that makes our city quintessentially Los Angeles.

The developer-fueled SB9 and SB10, signed into law by Governor Newsom last fall, have escalated the problem and the results have been an acceleration of the efforts by developers to rake in money, all rubber-stamped by officials supposedly elected to protect Californians’ interests and promote affordable housing.

These laws not only promote over-building by paying lip-service to affordability creating infrastructure problems but, without the mechanisms to enforce them, they also eviscerate the California Environmental Quality Act (CEQA) and other regulations designed to protect our neighborhoods, especially those of color who don’t have the resources to effectively protest these injustices.

So we have the City Planning department approving the tear-down of 40 rent-stabilized units to build a 10-story hotel claiming that it was exempt from environmental review. How do hotel rooms justify the eviction of dozens of low-income Angelenos?

In that particular case, the LA Superior Court was able to stop the project by claiming that those involved had not considered the City’s Housing Element, a policy guide which is supposed to address comprehensive housing needs in Los Angeles to ensure decent, safe, sanitary, and affordable housing for its current and future residents.

To add insult to injury, in November our City Council voted to approve its Housing Element for 2021-2029, overhauled to comply with the new state laws, and was advised by Sacramento that it does not go far enough.

Far enough for what? To generate more money in developer profits? To make more Angelenos sleep on our streets?

And when California’s Covid restrictions run out this week, property owners will have far more latitude to evict tenants and add to the numbers of the unhoused.

The California Department of Housing and Community Development has given Los Angeles until October to increase its zoning capacity to allow for 250,000 more housing units or lose hundreds of millions of dollars in potential housing funds.

This, in a city awash with empty units.

But the new laws do nothing to ensure that any housing built to fulfill that 250,000 number is actually affordable to those camping on the sidewalks of Los Angeles.

All they do is mandate that the City skip the public review required under its Charter and ignore environmental constraints, i.e. put developer profits before the needs and desires of its own electorate.

And to the almost fifty thousand Angelenos living on its streets.

Politicians are misstating the number of homeless using the 41,290 number counted in 2020 but that reflected an increase of 12.7%.

Will the proliferation of the unhoused really have decreased last year with the depressed economy? And how many of the couch-surfers, those living in cars or camping where the police can’t find them are not captured in the homeless count each year?

Well, guess what? There are elections coming up in June and November and that should give Angelenos plenty of time to make it clear to those running and to those already in office that we are not going to take it anymore.

Voters must insist that those representing our interests cut the umbilical cord of developer-funded elections.

It is not paying a living wage that stops construction – to live in the units constructed requires a living wage. It’s not the delays for public comment and for CEQA review that delays affordable housing any more than it does luxury condos. It’s not the $5,000 for the extra parking space.

It’s the power of the profiteering forces on Wall Street and in Sacramento to commodify a basic human right. The right to a roof over one’s head, and safe and sanitary living conditions.

And it’s our City officials buying into the developers’ narrative of trickle-down housing.

Some people are going to have to make sacrifices. Those on the street have already made theirs – how many millions or billions do a Rick Caruso or a Stephen Schwarzman need?

So voters must also insist that those representing our interests cut the Gordian knot of this approach to housing and construction into pieces and find a way to make housing affordable.  Not continue to block it.