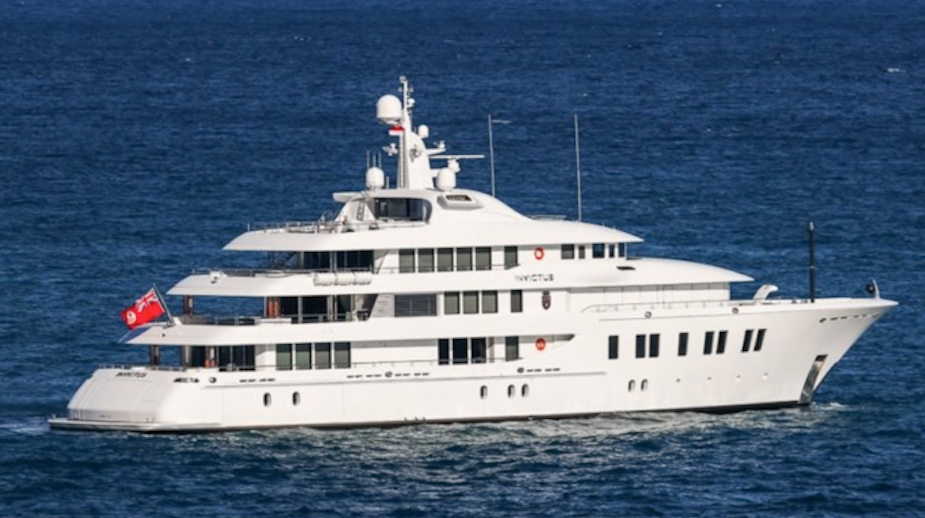 DEEGAN ON LA—-As rich a target it may seem to be, Rick Caruso’s yacht “Invictus” does not have a place on the starting line of the mayoral race.

Like his shopping malls, hotel and other business enterprises, the super yacht is a money making, job-providing, tax paying piece of rental property.

Conflating it with excess is not hard for the critics. It’s not a modest yacht. When measured from bow to stern, the 216 feet “Invictus” would  take up over half of the football field at SoFi Stadium. Nor does it skimp on accommodations, offering nine luxury cabins that sleep 12, and is serviced by a crew of 19.

Lost in the optics of being a billionaire’s boat (technically a yacht because it’s longer than 33 feet) is that the “Invictus” works as a rental property, available for charter: winter in the Caribbean and Bahamas, and summer in the West Mediterranean.

That business plan places the yacht on the same level as an everyday VRBO (vacation home rental by owner) where a vacation property is used as a rental to third parties while occasionally being used by an owner and their family. The only difference between Caruso and other vacation rental property owners is proportionality: “my VRBO is bigger than your VRBO”.

Like having an apartment for rent, mom and pop landlords should be able to relate to the struggle of making money on their rental properties, and it appears that Caruso can sail his yacht in that landlord lane.

Caruso had the yacht built in the Delta Marine shipyard in Seattle, in the midst of the recession, to create jobs for American workers.“It bothered me that the yachting business had left the U.S. I wanted to bring jobs into the U.S., and we employed thousands of people for a couple of years — mill workers, painters, pipefitters, electricians, and on and on,” Caruso said in a statement given to CityWatch.

Housing-challenged-as-a-child mayoral candidate Kevin De Leon, whose narrative includes that he lived with his family in a basement when he was young, the comrades at the Democratic Socialists of America—natural opponents of wealth—and the progressive left may try to demonize Caruso for his wealth. They can draw support and votes from a huge slice of the electorate that is not wealth-adjacent enough to feel economic security.

This is the test Caruso faces, and if he scores high he may become our next mayor: how to appeal to low and moderate income voters to show that he empathizes with them and their needs. That answer has nothing to do with a water-borne rental property. It has to do with who Caruso is internally, not the objects he displays externally.

So what, he rubs shoulders with fellow one-percenters? He also shows authenticity in wanting the best for LA and is willing to step away from a very lucrative business that enabled the self-made billionaire to build a super yacht in the first place. His pitch is that he can run the city like a well trained and successful CEO. And, he offers bonus points to a city now scared of shadows that he’s also experienced as a former President of the LA Police Commission.

While his programs, like increasing the size of LAPD, will cost money and take a bigger slice of the budget pie, no other mayoral candidate has articulated Caruso’s vision of increasing revenue by expanding the size of the pie and bringing in more jobs and businesses. This makes him the only candidate that has recognized the growth potential available to LA.

He does not appear to see the city as a finite space full of problems, and solving them by using the liberal playbook of seeking financial help from Sacramento and Washington. He visions LA as a boundless business opportunity that can be grown and expanded. In time, we could be LA, Inc.

Rick Caruso has a very tough race ahead of him, with other highly qualified candidates running for mayor. The collective campaigning will be hard fought, but it’s doubtful that he’s going to be sunk by a yacht.