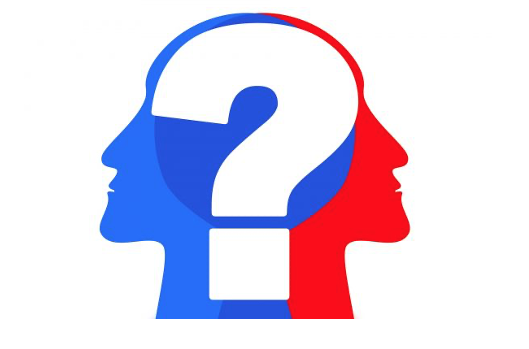 THE DOCTOR IS IN - For two previous decades of grassroots/neighborhood council transportation advocacy, I (and so many others) watched in horror as a multimodal and environmental-friendly transportation/mobility program descended into a developer- and lobbyist-oriented money grab.

Crises? Affordability? Traffic? All just used as props for tax hikes and "favored nation status" to all the so-called "Green Initiatives" pursued by people who drove expensive cars, flew expensive private jets, and really only cared about the green of an American Dollar instead of our environment.

President Biden? There's a reason or ten why his approval ratings are under water when we need an American leader the most...because despite the tendency of many reading this to be completely unaware of the intravenous line dripping Democratic Party talking points into their veins, he's in way over his head.

(Don't worry--although the media and Democratic acolytes will defend and fawn over President Biden with as much vigor as they shunned and trashed his predecessor, political Independents and open-minded Democrats will shun President Biden and fix his mess by creating a new balance come this November)

So great, isn't it? We changed a trash-talking, shoot-from-the-hip mean old man who at least knew when government should butt out of our lives and enhance business (and was a professional liar/gaslighter) to a complete political beast who's incompetent, a tool, and someone who spent his whole life lying in public office.

Moving from one gaslighting, lying old man to another--one alienated multitudes, and the other is pulling the collective chain of those same multitudes...and the cost of gas and groceries is flying ever upwards beyond the reach of cost-of-living salary adjustments and Social Security alterations.

Enter Governor Newsom, who without COVID-19 would have to actually deal with the travails of the middle class, exploding homeless and unaffordable housing, and a cost of gasoline that is primarily due to government taxes instead of enriching those "evil gas companies" who recently had the cost of fuel rather affordable.

Even by California standards.

Governor Newsom has proposed an emergency rebate initiative for California motorists that involves a tax refund of $400 per car (regardless of household income) up to two cars per household per registered owner.

Also in the governor's plan is more money for reduced or free public transit fare.

In all frankness, this $11 billion plan of Governor Newsom does have some smart and appropriate short-term features. This plan is NOT without some merit worthy kudos.

The governor's plan, therefore, has to be followed up with a long-term plan that will require Sacramento--both Governor Newsom and the Left-of-Left-of-Left Legislature alike--to channel their inner Republican, their inner economics student (presuming they even took economics in college), and their inner status of a mature adult.

The pain of our inflation will NOT go away for very long with a $11 billion stimulus plan (again, Governor Newsom's plan is not without merit for the short-term).

The pain of our inflation, MIGHT, however, get a wee bit better if a consideration of our state surplus led to a reduction of taxes.

(It's OK, my Democratic friends--you need not cry and scream--because President JFK recommended that move himself. Democrats CAN lower taxes if there's a surplus, and the citizenry is hurting economically.)

Furthermore, there's a real "Green New Deal" that Governor Newsom could pursue, although I suspect he would politically be unable to get away with this:

2) Evaluate where rail reduces greenhouse emissions the best--particularly if those rail lines parallel our freeways and reach stations near where commuters truly want to go.

3) Evaluate where a host of new reservoirs need to be created to allow for major new metropolitan centers can occur in our gigantic state. California was built on waterways and reservoirs, and if a few new Fresno's and Riverside's need to be built for affordable middle California cities...then so be it.

4) Reduce the ocean runoff of our El Niño and La Niña heavy rains by at least 25% over the next decade. Whether it's more reservoirs, aquifers, or just the groundwater table, our heavy storm seasons need to do more than just clean up the oceans.

5) Consider the creation of a major initiative to create saltwater reclamation plants throughout the California Coast (FINALLY!) to become water independent.

Like it or not, the attack on the American/Californian/Angeleno motorist really can go only so far.

And if the "I'm rich with a plug-in electric vehicle, so why can't you get one?" White technology elites don't give gas/hybrid motorists a break, perhaps the Latino/Black populations of California will weigh in and change this state back into a two-party, more purple state.

Because NO ONE wants a criminally-tone-deaf Sacramento.

And because NO ONE wants to be gaslighted for too long when they're hurting financially, and when the government stimulus programs and giveaways run out.