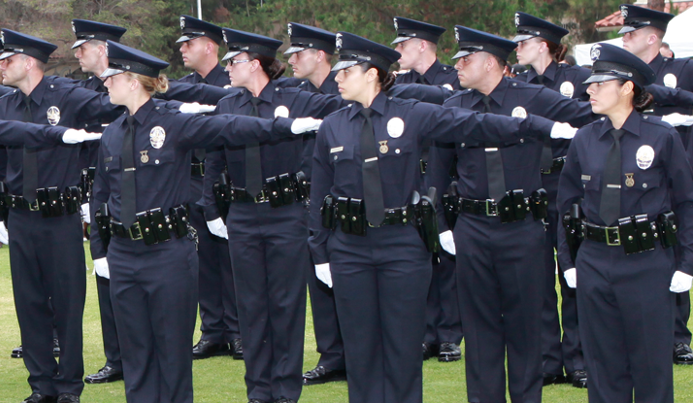 RantZ and RaveZ - The LAPD deployment of Patrol, Detectives, Administrative and support personnel is shrinking at an alarming rate with the number of experienced Police Officers retiring, moving to other law enforcement agencies and selecting professions that don’t require them to be armed and wear a bullet proof vest to remain alive and “Protect and Serve” the people of a community.

On Jan 15, 2022, the total number of Sworn LAPD personnel from the recruit in the academy to the Chief of Police was 9,515.  As of Feb 26, 2022, the number has fallen to 9,440.  That is a reduction of 75 LAPD Officers of all ranks.  The deployment of 9,440 officers includes personnel that are off Sick, Injured on Duty, Vacation, Maternity Leave, Suspended, in Training, and a host of other categories that remove them from field, administrative and a variety of other police functions.

Some political officials have spoken about increasing the size of the LAPD to 10,000 officers from time to time.  Others have proposed reducing the size of the LAPD by Defunding the Department and using the money for a variety of community groups and programs dealing with mental illness, homelessness, and gang intervention.  The reality is with many weak and spineless elected and appointed political officials in both L.A.City and L.A. County Government what more can we expect from those that have the power to set priorities for our safety and that of our family, friends, and communities.

When we compare the Los Angeles ratio of police officers to residents in New York and Chicago the numbers are shocking.  Los Angeles City has a population of near 4 million with the number of LAPD Officers at 9,440.

New York has a population of around 8 million with the NYPD staffing at 36,000 officers.

Chicago has a population of near 3 million with the Chicago PD staffed at 11,900 officers.

As you can see, the LAPD is far behind what would be considered a reasonable number of officers required to provide protection and safety for all the people and business operations in  Los Angeles.  Street crimes, Robberies, GTA, Homelessness and a host of other criminal and socially disruptive activities.  While being homeless is not a crime, it causes great disruption to neighborhoods and business areas.

With the current political and at times CORRUPTION in Los Angeles City and County Government, Public Safety is in real trouble for law abiding residents and business owners alike.

We will soon have the opportunity to VOTE for new leadership in both Los Angeles City, County, State and the Federal Government.  It is time for you to “WAKE” Up and get out of the “WOKE” mentality and think about your safety and that of your family and business.

I will be recommending candidates that I have vented and believe will serve you and your concerns and not their own self interests.  It is time for all voters to come together and elect people that care about you and your safety rather than their selfish interests and at times various levels of corruption.

With the 2028 World Olympics and other international events coming to Los Angeles in the next few years, the time is now to increase the size of the LAPD and not wait until it is too late to “Protect and Serve” all the people including visitors to Los Angeles and all of Southern California.

I am the Co-Chair of the Recall campaign along with others concerned with maintaining public safety in Los Angeles County.

(Dennis P.  Zine is the author of RantZ and RaveZ.  The column is published twice a month and brings you a unique view of the ups and downs in and around Los Angeles from a combined 54 years of Law Enforcement and elected public official’s perspective.)