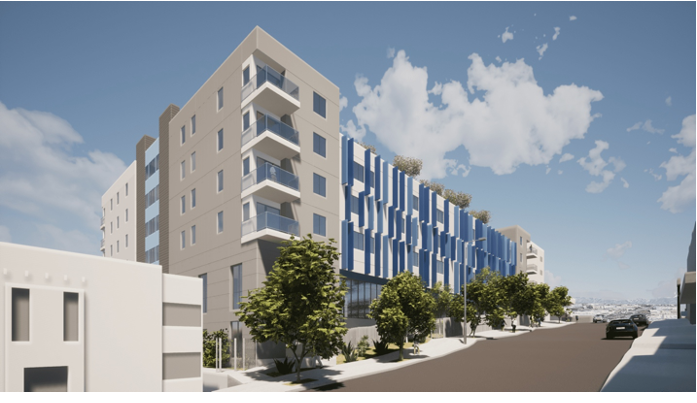 HOUSING WATCH - Los Angeles voters approved Prop HHH in 2016 to allow the City to issue $1.2 billion in bonds to house the City’s homeless – a simple matter of building 10,000 units within ten years.

Late last month, the City Controller reported that projects are taking from three to six years each to complete and costs have escalated rapidly, reaching an average of $596,846 per unit in 2021, over 50% higher than projected by the Proposition’s proponents.

This, the first reduction in recent memory, was primarily due to expansion in veterans programs and that, in March of 2017, Los Angeles County’s Measure H funds kicked in to increase services for the chronically homeless.

For the math-challenged, 41,290 is 45% higher than when voters approved Prop HHH.

The 2021 count, postponed due to Covid-19 worries in January, has been completed but as of this writing the results are not yet been released. But there is little doubt that, looking at the endless tent cities on some of our streets and parked RVs along others, the numbers will reflect continued growth.

Back in 2016 the Los Angeles Times reported that increasing numbers of buildings were being demolished to build McMansions, condos and new market-rate rentals, removing more than 20,000 rent-controlled units from the available supply. Today that number is infinitely higher.

SB 9 and SB 10, state bills signed into law by the Governor last year were supposed to expedite construction of affordable housing by waiving environmental regulations as well as parking and other quality-of-life requirements.

These bills had the developers’ backing because they included no mandates for accountability, at least none with the teeth to require that the housing built was actually affordable. Affordable for those now being evicted because they can’t afford escalating rents.

California’s pandemic moratorium expired last September and, while Los Angeles County has extended theirs through the end of 2022, renters elsewhere in California are at risk and there are too many other ways to end up on the street in the current economy.

The fact is that too many Angelenos spend 45% or more of their income on housing alone. In 2019, renters shelled out $39.1 billion. And it’s not entirely an issue of housing being too expensive; there is also the matter of quality jobs that pay too little to live on.

When throwing money at building units does not succeed, does it make any sense to throw more money at the same problem? Maybe our elected officials need to see what can be done about other contributing issues with any remaining Prop HHH funds.

Taxpayers take note: Affordable housing is not a profitable prospect for developers and investors unless they receive significant government subsidies. Subsidies that are paid for by the taxpayer.

And that the affordable housing as currently being sold to the electorate is not sustainable – how can Section 8 funds cover the rent on a unit that costs $600,000 or $700,000 or more to build?

Yup, the City is putting in seed money with developers ponying up the rest. But don’t you think that the builders and their backers would prefer to put their money into market-rate housing where the rate of return (or the tax deductions if there aren’t enough people able to afford those rents) is more secure?

From a purely financial point of view, would you or your banker prefer to loan money to construct a West LA condo or a Skid Row housing project?

Unless, of course, the latter project has a stranglehold on the public purse. The purse our tax dollars fill.

Los Angeles has plenty of empty market-rate housing available. But the City really needs accommodation that the homeless and those at risk for homelessness can afford. How to close the gap?

Building is just one step. Those who have been on the street for months and years need services and skills to re-enter society.

They need the jobs that pay the decent wages to allow them the ability to pay other bills on top of basic rent. They need healthcare and social networks.

Or how will they pay the taxes to cover all those subsidies?

Just do the math – any way we add it up, unless our elected officials grow some balls and circumscribe SB 9 and SB 10 to the point that they can ONLY be applied to ventures providing truly affordable housing.

No more developer extraction of profits from market-rate housing built on the backs of Angelenos’ taxes and well-being.

Why else allow projects to proceed in violation of CEQA, common sense infrastructure necessities, and basic quality of life requirements?

Do the math – unless our elected officials can find and invest in a totally new paradigm on the existential crisis of homelessness, Los Angeles is screwed.

Controller’s report on the Problems and Progress of Prop. HHH.