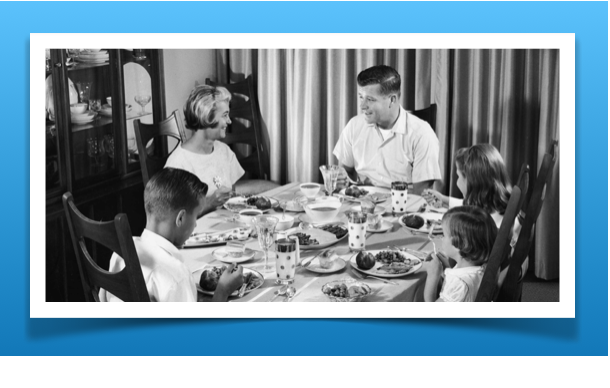 MY THOUGHTS - Nostalgia for the past is a given, especially by older generations.

In the past, the music was more musical; people were more civil to each other; children had respect for their parents and teachers; etc. etc. etc.  There is a tendency to forget the difficulties of years gone by and view today as plunging towards mayhem. There are those who believe we have arrived in that state.

I was curious to see if the “good ole days” in Los Angeles were really that good.  I picked a recent fifty year block and did some research to see if we really are at Sodom and Gomorra or were previous times worse? For this article we are not including either the Pandemic or the Ukraine invasion.  Even though both have been disastrous, for my purposes here, they are being treated as outliers.  Los Angeles was not responsible for the invasion of Ukraine or Covid 19.

Social media, talking heads, editorial boards, various pundits…or those who think of themselves as such…are lamenting the fall of Los Angeles.  They haven’t quite got to the point of selling ocean front lots in Nevada, but close.

I thought it would be interesting to see how our last five prior Mayors were judged from a historical perspective.  Mayor Garcetti is still here so we can’t view him historically.   So far in my research, he is the only one, who has one City Council member in federal prison and two more are under indictment. A former deputy mayor is involved in a bribery case and facing federal charges. Garcetti’s chief of staff spent several months on leave after posting disparaging remarks on a private Facebook page about California political figures, including some labor icons. The former head of the City water and power department has agreed to plead guilty to bribery charges in a case involving the city attorney, who happens to be running for Mayor.

And then there’s the former member of Garcetti’s security detail, who has sued the city, accusing the former deputy chief of staff of sexual harassment. Garcetti himself has not been charged in any of the cases, but the officer, has claimed that the mayor knew that Jacobs, a well-known Los Angeles politico, was groping and harassing him and failed to stop it. The mayor has repeatedly denied the charge. I couldn’t find any of the other five Mayors who had such a Human Resources challenge.

Perhaps you will find it surprising to know that none of the six were classified as the worst mayors in LA history.  Those “worst mayors” served in the early days of Los Angeles and they were a disastrous bunch.

What the six did have in common was none of them had scandal-free Administrations.   Perhaps that is the nature of the game.  To get elected, one must compromise so much that very few keep their integrity intact.  We don’t encourage excellence in our elected officials because by the time they get elected they owe the vested interests that helped them win.

Mayor Sam Yorty, (1961-1973) started out as a liberal democrat and then turned very much to the right. Athough Yorty was the first mayor to have a female deputy, Marion W. La Follette, and the first to have a racially integrated staff, his appeal did not extend to most of the city's large African-American population. Disaffection with high unemployment and racism contributed to the Watts Riots of August 11–17, 1965. 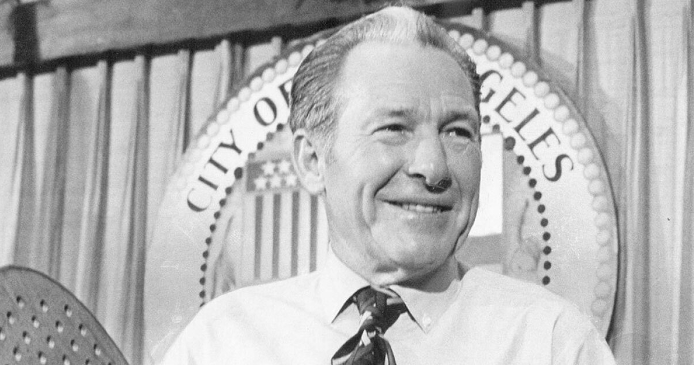 Yorty's administration was criticized for failing to cooperate with efforts to improve conditions in neighborhoods such as Watts, but he accused other leaders of raising false hopes and of action by Communist agitators, having always categorically rejected any criticism of the city's police or fire departments. The infamous Watt’s riots occurred on his watch and he was blamed for not paying attention to the many problems of South Los Angeles.   Yorty’s second biggest scandal concerned the Harbor Commission In 1967, Yorty was forced to deal with scandal after the Los Angeles Times published an exposé on the city's harbor commission. The investigation led to the indictment and conviction of four city commissioners for bribery, while another was found dead in Los Angeles Harbor.

I was in my early 20’s and editor of a local magazine.  I was invited to a reception at Yorty’s house one weekend.  After being introduced to him by one of LA’s most influential businessmen, He somehow managed to pat my bottom and invited me to come back the next day without my newly wed husband.  I was aghast, but in those days one didn’t say anything, especially against a Mayor.  I did tell my friend who had brought me and he said, “That’s Sam…he doesn’t mean any harm.”  I never said anything but writing this some fifty years later is kind of therapeutic.  In light of the “Me-too” movement maybe an article on what it was like in the 60’s and 70’s for women in executive positions (there weren’t very many of us) would be enlightening.

Admittedly even with my personal bias, Yorty did some good things for the City of LA. He liked to say that he built the city skyline, or at least created the atmosphere in which it could go up. It was not an idle boast. He was instrumental in building the Los Angeles Convention Center, the Los Angeles Zoo and the World Trade Center.   But judged today he would be considered a bigot.  The first time he ran against future Mayor Tom Bradley, race baiting was a campaign strategy.  The second time he ran against Bradley…he lost, and Los Angeles had its first black Mayor.

When Tom Bradley ( 1973-1993)was elected Los Angeles, a primarily white population City, showed the world it was not a “cultural wasteland” but an international City with an eclectic mix of both ethnic and racial groups working together.  Some say that Bradley was too popular being elected to five terms (before term limits). 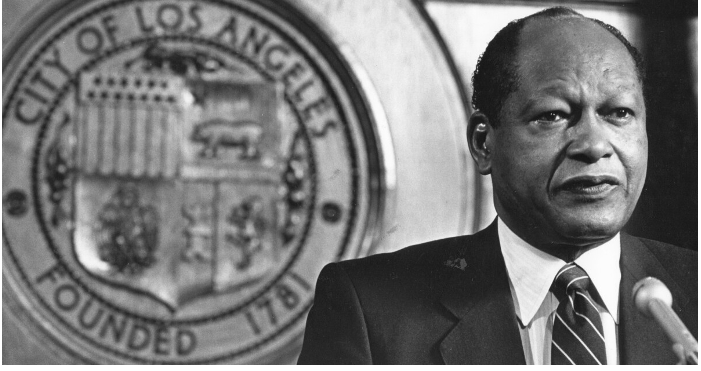 According to the LA Times, “ During the last three years, scandals swirling around Mayor Tom Bradley’s Administration have exposed fundamental weaknesses in a local political system once touted as a model of clean government, according to ethics experts, political scientists and elected officials”.  There were several major scandals and investigations. Although some of his colleagues and staff were indicted for various nefarious doings Bradley. was never prosecuted.  In his case maybe power is corrupting, allowing these things to happen.

Richard Riordan (1993-2001) a wealthy businessman, beat out the democrats long time hold and became the first Republican to hold the Mayors office in many years.  One of the criticisms I read said “he was a leader, not a mayor”.   I was somewhat confused.  Isn’t leadership an important qualification for a Mayor? He managed to ruffle the feathers of the LA School Board and the teachers union at the same time.  He believed that to eradicate poverty and build a better City, it needed an educated populous. After leaving office one media reported, “Mayor Richard Riordan leaves Los Angeles better than he found it--safer, more prosperous, more optimistic about its future. It is a city of trimmed trees and repaved roads, better libraries with more books and longer hours. “After the turbulent 90’s LA regained civic pride.   His biggest weakness was how he didn’t  handle the problems with the Police Department. 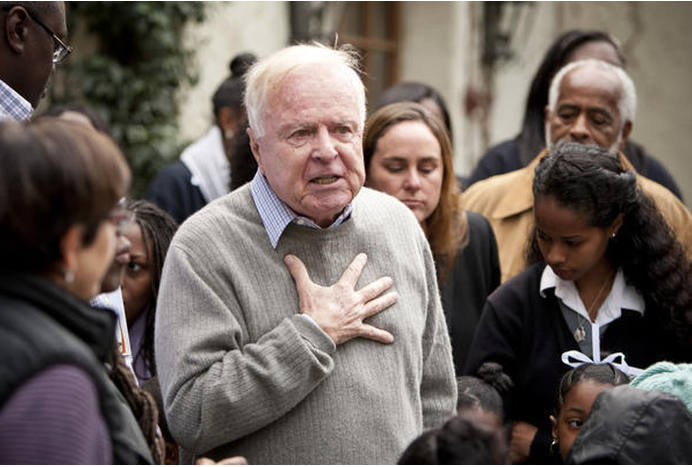 The one mayor who only served one term was James Hahn (2001-2005).  The first Mayor not to win a second term since 1933.  His historical reviews as to his administration, were milder than the other four.  His biggest mistake was he failed to connect with the two voter bases who elected him.   He did what he felt was right for the City and stood on principle.  He led the fight against the San Fernando Valley seceding from the City, thus angering his base of white valley voters.  He also managed to install a very popular Chief of Police by getting rid of an African American Chief of Police, thus losing the Black vote.  He ran against Antonio Villaraigosa twice… the second time Villaraigosa won.  Hahn’s scandals included criminal investigations of city contracting and of campaign contributions. No charges were filed. 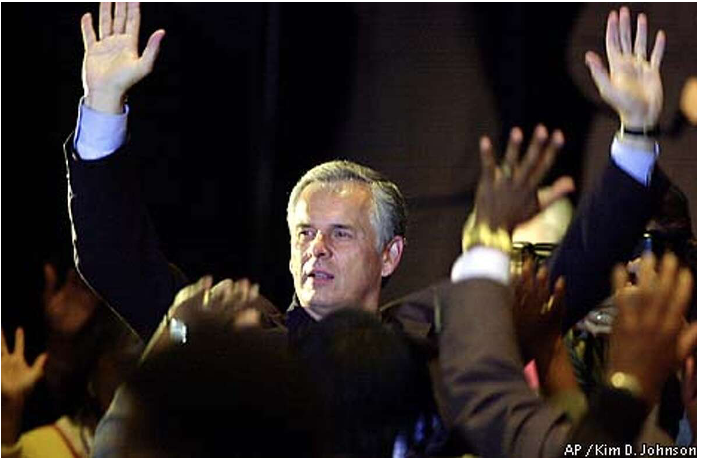 I think I was most surprised by our former Mayor Antonio Villaraigos (2005-2013). His biggest scandals were his public affairs with ladies of the press, and according to one study, he worked on City business 11% of the time. He was the last of the big spenders and the first Latino Mayor of a major City.  His ethics violations were mostly the acceptance of show and sports tickets and travels out of town.  When he was first elected, he was called the,” Latino Barack Obama.”  My personal pet peeve -the man was always late.  If he was giving a speech or having a meeting you could count on him being late and on occasion, really late. 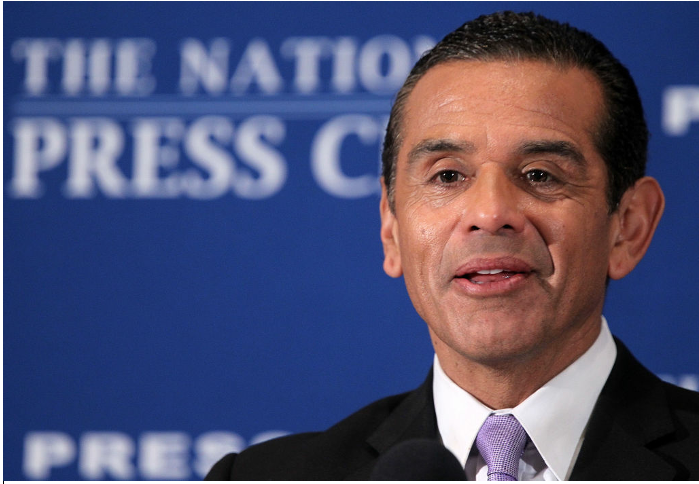 Have you noticed a pattern here?  None of the Mayors came out unscathed.  Each of them did good things for this City but received criticism regardless.   They were mostly betrayed by other people on their staff.   When we talk about the good old days recall: when the smog was so thick you couldn’t see the next building, because of the yellow air enveloping the Downtown area;  When houses had restrictive deeds, which said you couldn’t sell your house to Jews, Blacks, Latinos, or Asians; when school busing meant youngsters were having to get up at dawn and returning at dusk; When to get from the City to the Valley meant driving over Laurel Canyon and maybe packing a lunch.

Yes, the beginning of this decade is not one we would have chosen.  But many of our ills can be solved at the ballot box.  As our election for the City approaches, don’t look for perfection…it doesn’t exist.    Be somewhat suspicious of someone who promises to solve the homeless housing situation “the first 100 days” of his or her administration.  Practical and doable solutions should be the primary reason to vote for someone.   We will survive!

(Denyse Selesnick is a CityWatch columnist and a former publisher/journalist/international event organizer. Denyse can be reached at: Denyse@CityWatchLA.com.)