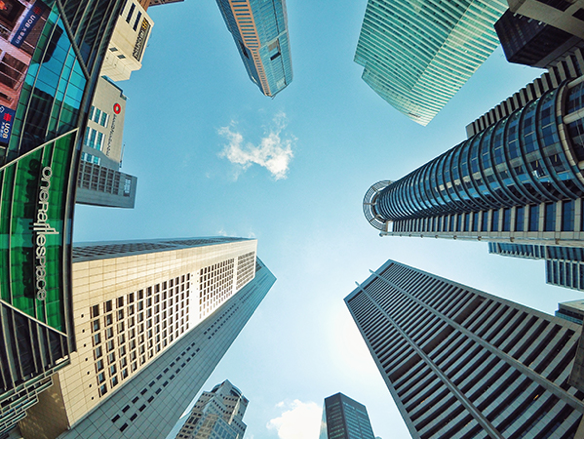 THE VIEW FROM HERE - Like it or not, people have to engage in prognostication or allow their lives to buffeted about like leaves on the ocean waters.

The times when one can actually assert control is pretty much relegated to younger years. After we’ve reached grad school age, the life course is set.  Even those who go to work right out of high school or drop out without a high school degree have charted much of their future by their mid to late twenties.  Of course, one can have an eureka moment later in life, but the claim that it is “never too late” is basically pablum.  Presently, our life spans are not infinite.

What Factors Should a Millennial Take into Account as She/he Approaches the Family Millennial Phase?

At this point, one would do well to read Joel Kotkin’s Exurbia Rising and his You Can't Fix the Housing Crisis with New Houses, We Need New Cities.

The most important take-away from Kotkin’s articles is the same point which Los Angeles City civic engineers made in the 1915 Study of Street Conditions in Los Angeles. (The City of LA removed the hyper-link to the 1915 study, but it can be found on Chrome.)

All land uses need to expand outward. We do not need dense cores with far away bedroom communities.  That land use design served one purpose: to make American land oligarchs vastly more wealthy and everyone else poorer.  Densification always transfers wealth to the few, while sprawl spreads wealth among the many. Robo-cars and Virtual Presence will return us to the goal which Kotkin’s describes, i.e., exurban villages.

Solar power in urban cores is inefficient due to the atrocious ratio of living space to roof square footage.  In a high rise, it can be less than 1 sq ft per family. When people move en mass to the exurbs, homes can have the significant roof square footage; 3,0000 sq ft per family will not be uncommon.  Soon, the efficiency of solar cells will be significantly enhanced as will battery storage capacity and duration. Thus, solar will be feasible in a variety of weather patterns.  Also, solar powered homes will free families of the DWP with its every escalating costs.

Homes in the Exurbs

Homes in the exurbs will be significantly larger for a few reasons.  The main factors will be much less expensive housing, no commutes, and lower utility costs, plus better schools. Families will have better lives and more disposal income.

Rather than tiny hand-held devices, homes will have wall size monitors with cameras and audio which track the user as they move about the room. No more sitting in a desk chair for hours. Virtual Presence will also be used for group shopping.  A mom in Granada Hills and her daughter in Atlanta can shop together in a virtual Paris boutique.  Retailers already have the soft ware for trying on clothing.

When homes are on ½ acre to 1 acre lot, there will be space to expand the house square footage and still have yards with fruit trees, gardens, lawns and a dog or two.

Why Work to Make Oligarchs Richer?

Then, go far enough out that one is in true exurbs as Kotkin advocates, the prices drop to $150,000 and less.  Of course, when one moves to start a Kotkin Village, one will probably have to build.

What about Non-white Collar Workers?

Kotkin Villages will require all types of jobs. Someone will need to construct the new roads and sewers. A booming business will be installing solar panels.  School teachers and doctors will be needed.   Everything needed in a dense urban area are needed in the new exurb villages, except subways. There will be no need for ghastly expensive subways or fixed-rail transit which are very extravagantly expensive.  Buses and robo-cars will be sufficient for people who need others to drive.

Not only will they cost nothing to run since solar cells on the house roof will charge them, but also when self-driving is perfected, the car will operate on its own.  It can go to the grocery store and the cleaners at 3:00 a.m.  Whenever one goes somewhere, the car drives and the driver can do other things.  There will be no more accidents because someone was trying to text and drive.  If there is a need for an extended drive of a couple hours, that will not be dead time either.

Just as the automobile made the townhouse and Brownstone neighborhoods of Eastern cities obsolete for the automotive age and gave rise to the suburbs,  Virtual Presence is giving rise to Kotkin villages in the exurbs.

Family millennials do not need much foresight to prognosticate that living in a dense urban area means shoveling a vast amount of one’s wealth to Wall Street oligarchs.