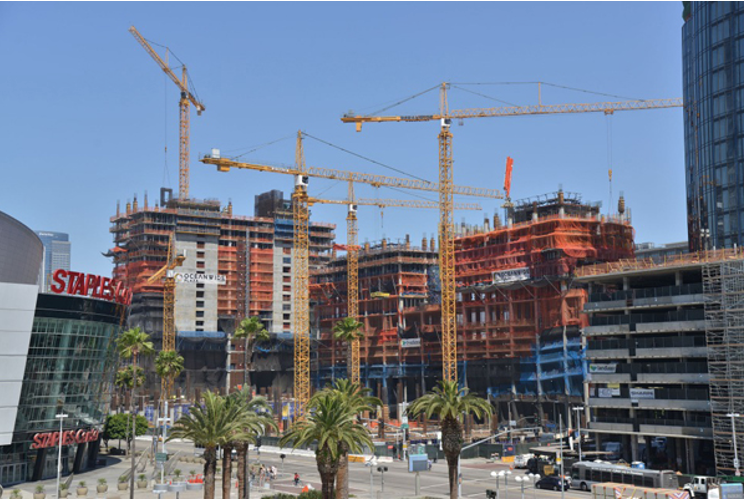 PLANNING WATCH - As sure as the sun rises in the east and sets in the west, the Los Angeles Times (LAT) is a reliable member of the Urban Growth Machine, an alliance of vested interests that promote real estate speculation.

Whether cheering on the suburbanization of the San Fernando and San Gabriel Valleys in the 20th century or infill real estate projects in the 21st century, the Times rolls out the welcome mat for real estate speculators.  But there is a catch.   The paper’s writers must reconcile their employer’s devotion to real estate profiteering with a host of adverse, long-term consequences, especially homelessness.  To square this circle, the reporters, editorial writers, and columnists blame personal – not social -- pathology for these unwelcome outcomes, especially mental illness and drug addiction.

Even though the paper’s circulation declined from 1,225,000 in 1990 to its current 556,000, its devotion to the real estate industry has never wavered, even when its unintended consequence, mass homelessness, increases throughout the entire Los Angeles region.

Map of homeless concentrations in the entire Los Angeles region.

This devotion to real estate construction – consistently (mis)labelled as the solution, not the cause, to the housing crisis -- was on full display in the paper’s Sunday, February 21, 2022, edition.

Everyone’s favorite LAT columnist, Steve Lopez, wrote that “Homeless effort must address mental illness.”  While undeniable, better mental health services for the homeless beg a deeper question.  Why don’t most people with mental illness and/or drug addiction become homeless?   According to the National Alliance on Mental Illness (NAMI), each year one person in 20 experiences a serious mental illness, and one in 15 have both a substance use disorder and mental illness.  Since the number of homeless people in the United States is about 600,000 people on any given night, and the overall U.S. population is 330,000,000, the number of people with serious mental illness and/or addiction range from 16,000,000 to 22,000,000 people.  Only a small percentage of them end up in cars, shelters, or the streets.

How do most of them avoid homelessness?  The answer comes down to resources, either personal or through families and friends who help the mentally ill and addicted find a place to live.  Without access to these resources, the shortage of low-priced housing means that a small minority of those with severe mental illness are priced out of housing.  Therefore, the solution is not only better mental health services, but also programs, like public housing, that prevent people from becoming homeless.

Another LA Times columnist, Gustavo Arrellano promotes the private repurposing of the vacant 1.6 million square foot Sears building in Boyle Heights for homeless services and shelter for 2,000 people and eventually 10,000.  Like Steve Lopez’s call for better mental health services, this proposal, too, begs a critical question.  Why does Los Angeles County have 66,000 homeless people, and why have these numbers continued to grow, despite ever expanding homeless services and shelters.

Part of the answer is that City’s and County’s approach to the housing crisis is to treat symptoms and ignore key structural causes, especially wage stagnation and the elimination of HUD’s public housing programs.

The editorial page of the same LAT edition also offered, “Six things the next mayor must get about homelessness.”

What we don’t know is how long the Los Angeles Times and local officials can shine on the public with repeated claims that building more market-rate housing will end homelessness.  Since the evidence is accumulating that this approach increases, not reduces, homelessness, and since the LAPD can only dislocate, not jail, the homeless, the public’s skepticism is growing.