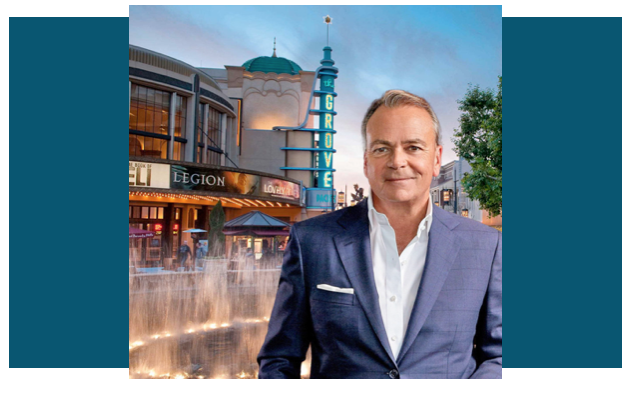 THE VIEW FROM HERE - The candidacy of Rick Caruso raises a fundamental question.

If Angelenos hate a city run by bribe-taking politicos, why would they elect as mayor the person who may be our most famous briber?

Rick Caruso complains that the city has been horribly run without a hint of recognition that he and other developers are the cause of our deterioration.  It is ludicrous for the king of developers to blame the politicos, whom the developers bribed, for the nightmare which developer corruption has brought upon Los Angeles.  In 2016, Caruso thought a $100,000 bribe is a good thing. https://bit.ly/3I6KRGS April 1, 2016, Preserve LA, Billionaire Rick Caruso Delivers $100K to Mayor Eric Garcetti’s Non-Profit.  A bribe need not go into the personal pocketbook. Giving money to please the mayor so that all your projects are approved – that’s the definition of a bribe.

When people properly complain about Garcetti’s Manhattanization of Hollywood and then Garcetti brought the same horrid gentrification to other parts of LA, Garcetti was doing the bidding of the developers like Rick Caruso.  Let’s be clear Garcetti had the Manhattanization policy, but the developers are the ones who implemented it. In so doing, they destroyed tens of thousands of rent controlled units (RSO), throwing the poorest of LA’s poor into the street where they suffered and died.  The only councilmember who demanded that the developers pay the Ellis Act fees to the dispossessed was CM Jose Huizar who was then indicted by the Feds?  Why? The cover story is that Huizar took money and favors from developers!  In reality Huizar along with CM Mitch Englander was interfering the illegal vote trading system at City Hall by demanding extra bribes as projects came to the city’s PLUM committee.  The story behind Huizar’s legal woes is that developers were angry Huizar was demanding extra bribes beyond what they had to pay under the Vote Trading System, i.e. one bribe for unanimous approval.

There is a difference between a city where there is some corruption and a city where corruption has become the operating principle.  For going-on two decades, Los Angeles has been in the latter category.  Anyone who thinks that the King of LA Developers will solve the problems which he and his cronies have caused is suffering from terminal naivete.

Caruso’s platform is to continue all of the city atrocious densification policies, except he’ll assume the role of Il Duce to make certain no one can complain.  As he has written in his official website, as he told Variety, and as he reiterated to Elex Michaelson on the Sunday, February 20, 2022 The Issue Is, Il Duce will declare a state of emergency in order take over from city council and place land use decisions and anything to do with homeless under his personal control. “Day one, I’m going to declare a state of emergency, take the authority in the mayor’s office, and I’m going to be held accountable for it,” Caruso said.  One has to admit that a coup of a city government is a novel ploy.

Here Are a Few Gems Which Caruso Will Impose

“Caruso will expand housing development “by right” — that is, without discretionary city approvals — across the city, and across all income levels.”   That means a developer can construct whatever luxury condo tower he desires any where he wishes, “By right” means you get whatever the developer wants without regard how it will affect your property.  Recently, developers have realized that buying single family homes to build large complexes is cheaper than buying up RSO complexes.  They also believe that when their projects are situated among single family homes rather than in high crime areas, people will pay more to live in safer areas.  It also means that any builder of Affordable Housing can get a government grant to build in residential neighborhoods.

2) Caruso will protect residential homes by not allowing unlimited height!

That’s his protection?  Il Duce will not permit “unlimited height” in Hancock Park or Cheviot Hills.  Suppose your neighborhood is not “suburban.”

“If you’re in a more urban area, you definitely want to have more height and density Caruso official webpage

Hmm, does he consider Hancock Park to be “more urban”? No one has called it “suburban.” Is any place in The Basin consider “suburban”?  So The Basin gets unlimited height?  How high is that?  The Valley, assuming it is suburban, is spared 100 story buildings. Wow, such protection for the single family home.

3) How to solve homeless problem

Caruso believes that if someone provides a bed and the homeless person does not take the bed, he can then be arrested.  Note: Caruso always uses the word “bed.”  That is how he plans to sweep the streets of the homeless. 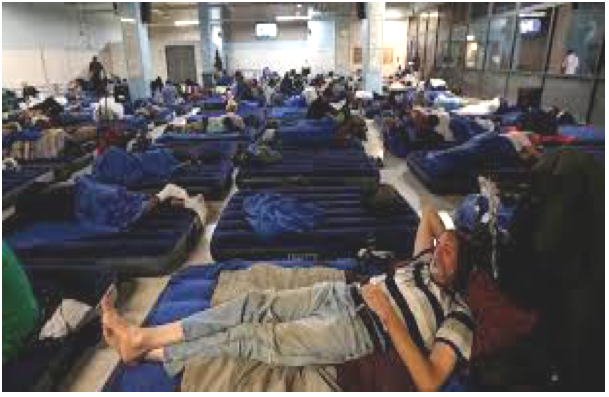 Under Caruso, anyone who does not take one of these beds will be arrested.

At first, it sounded ambitious when Caruso said he would provide “30,000 beds within one year” until one sees what he had in mind.  I wonder how Sheriff Alex Villanueva will react when Il Duce orders the arrest of thousands of homeless men, women, and children because they choose tents in a park as opposed to beds in a barracks.

State-rated capacity for LA jails is 12,404 persons. As of 2020, the jails had 14,212 ppl.  The jails are between 15% and 20% over capacity and Caruso plans to add thousands of homeless to the jail population? Where will Caruso put the homeless children?

But wait. It gets more ludicrous. Caruso will have the state’s conservatorship law amended so that he can force homeless people into treatment, i.e., locked up in mental institutions far public view.  Does Caruso think that his declaration of emergency will allow him to usurp authority from the state as well as the city council?

We Know What He Is Doing

Los Angeles’ homeless are interfering with the profitability of high end projects.  The developer run corruptionism has resulted in the destruction of ROS units, adding thousands more poor to the street people each year.  Many high end projects stand substantially vacant.  Caruso thinks that if he can sweep away the homeless from DTLA, Hollywood, etc., then his buddies can make money from the density which they have constructed. In the future, they can build “by right” in residential neighborhoods.  It works out fine on paper, but anyone who thinks it is a rational plan in the real world is living in Delusion Land.

These are just a few of Caruso’s megalomaniacal plans.  All of them are designed to help developers and none to improve our quality of life.