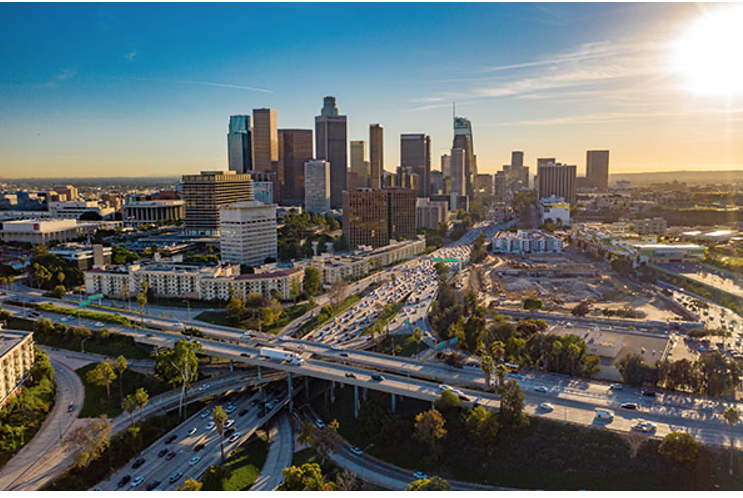 MY THOUGHTS - Yes, I took a long hiatus from writing articles in City Watch.  In answer to those of you who questioned my absence, there were multiple reasons.

I don’t know if it was burn out or I was just fed- up writing about the City’s weaknesses.  I started out covering the Neighborhood Councils for CW.  The Neighborhood Council was established by City Charter in 1999.  Except for the City Department of Empowerment all other offices and committees are on a volunteer basis.

I still think this is one of the most potentially successful and representative mandates we have for local governance.  The only problem: it depends on people to be effective.

In a quick check I noticed that some NC’s had many of the same people on the Board serving decades.  Maybe term limits should be introduced.

When I quit CW, there were 92 different Neighborhood Councils.  Now there are 99.  In my experience, at least 50% were underwhelming; 25% developed into fiefdoms with the same people at the top for years.  They liked the prestige and power. Many were active NIMBYS.

Most of the old guard didn’t encourage new and younger thinkers to join the Board; more than a few divided into opposing cliques’ and NC meetings turned into a waste of time. For all practical purposes the NC mandate has been  ignored.

The other 25% served their neighborhoods well.  They were innovative; worked hard to solve neighborhood problems and did a great job in communicating with their constituency.  In other words, they did the job they were elected to do.

I went to lots of meetings in and around the City and Valley. It included City Council General and Committee meetings; Home Association groups; Professional groups; and groups both for and against something.  Most of the City officials considered me and the Neighborhood Council an annoyance.

Some events were interesting; others shouting matches; most boring after the first hour; and again, some so lively and positive you didn’t want them to end.

Zoom Meetings were a marvelous response to solving LA traffic; being able to work from home and tuning out (in your PJ’s), boring meetings. BUT, we are social creatures and learned that Zoom does not offer the same satisfaction as face to face encounters.

The most reaction my prior articles received was when I was critical.  Good news wasn’t as popular.  Little did I know that the atmosphere I ran from, was in retrospect the best of times.  Unfortunately, I was becoming a cynic and losing faith in the belief that this was the best city in the United States in which to live.

So…I quit!  I continued to travel, do some public speaking for small groups, play bridge and do what most retired people do except I didn’t play golf or tennis. I did spend quite a bit of time watching the Trump White House and yelling at the TV.

Then the Covid 19 pandemic arrived, and everything changed for 99% of us.  For the first time our activities were very restricted.  Falling into the senior citizen category I found particularly difficult.

If my family could have duct taped my house they would have.  It did offer lots of time to think.  Before Covid I viewed going to the market as a necessary drudge.  When I could no longer go myself and had to depend on other people, I missed it.  I even missed in person boring meetings.

The things one had taken for granted became life threatening choices.  The blame game political climate became worse and worse.  I, a news junkie for decades, started watching Hallmark movies because they always had a happy ending.

Instead of this country pulling together as it had done in the past emergencies, it got split further apart.  As an American by choice…I never expected to see my adopted country so torn.

I never expected to see so much corruption exposed in our City. Yes, it has always existed, but one would think with social media and specialized “gotcha” press, people wouldn’t be so stupid as to think they would not be found out.

It didn’t happen in a day, but I started to become a little optimistic when we inaugurated a new President.  I didn’t expect him to “walk on water” or perform miracles, but he was a man known to have integrity and experience. Although from the almost constant negative coverage by the national media you wouldn’t know it.

As I watch the January 6 Committee really investigate that disgraceful and disheartening insurrection, I wondered how many Americans have given up and thought, “ There is nothing I can do”… putting their collective heads into passive acceptance.

Admittedly, my epiphany evolved over the last couple of months.  I refuse to accept that this country, even with its faults, will become a second- rate nation.  It has historically been known and fought hard for its democratic principles affecting all people.

So, when Editor Ken Draper asked me if I wanted to start writing articles again for CW I hesitated for about thirty seconds and said “yes”. Maybe in some small way I can contribute.

First, since all politics is local, we have an upcoming election. This time let us not have a 30% plus turnout for the elected City officers.

You are well-aware of the problems this City faces.  If the past two years have taught us anything, it is how good local politics is the key ingredient to comfortable living.  We have money to correct the most important items.  It is now necessary to elect people who will give us a strong ROI on our investment.

No one has all the answers and whomever says they do, should be regarded with suspicion.  City Watch has a very savvy, smart readership.  I’m back writing because I hope to encourage many of you to contribute ideas, suggestions out of the box- or even in the box.

Please engage in dialogue with me so even if I annoy you, or encourage you to have your own epiphany, or at least stir the pot…   you will share suggestions on how to improve our day-to-day lives. No one has the market on good ideas.

It may sound naïve, but the past has proven, working together- there isn’t anything we cannot accomplish.

(Denyse Selesnick is a CityWatch columnist and a former publisher/journalist/international event organizer. Denyse can be reached at: Denyse@CityWatchLA.com)