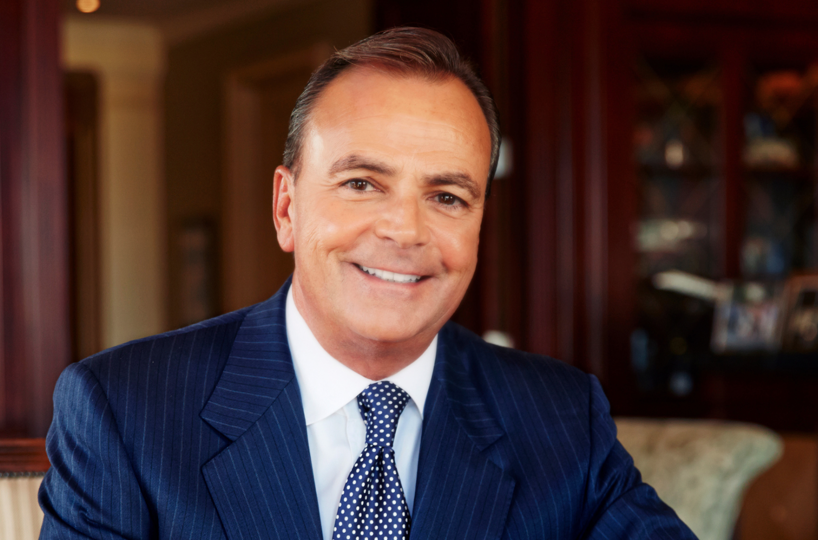 DEEGAN ON LA—-Tightening his grip on a final decision about a prospective mayoral run, businessman Rick Caruso, longtime registered as “no party preference,” made it official today with his announcement that “Today I am registering as a Democrat so that I can stand firmly on the side of the fundamental values that we will all need to invoke and enforce to thwart the coming attacks on our democracy.”

He injected a sense of urgency to his political choice when he added “because our upcoming elections in 2022 and 2024 will be existential for our democracy, now is the time for me to take a side.”

Sketching his political profile, Caruso  emphasized that he “will be a pro-centrist, pro-jobs, pro-public safety Democrat. The Democratic ideals I believe in demand hard work, responsibility, and accountability – and, most importantly, uplifting our working and middle classes to give them a shot at the American dream. I will prioritize the safety of our families -- not hamstringing our police but helping them be better and more effective.”

Tackling the number one issue for voters, unless eclipsed by a worrisome crime wave the LAPD and LASD have yet to crack, Caruso pointed to homelessness, saying “this means managing homelessness as an unprecedented, city-threatening crisis, with both compassion and firmness that ensures that those who are following the rules are not disadvantaged by those who refuse to do so.”

Yesterday, Caruso was lengthily profiled in the LA Times, and today he made his party affiliation announcement. That’s two back-to-back table-setters for a man who must, in the next couple of weeks, make the final decision: will he run for mayor, or not?

(Tim Deegan is a civic activist whose Deegan on LA weekly column about city planning, new urbanism, the environment, and the homeless appear in CityWatch. Tim can be reached at timdeegan2015@gmail.com.)  (Photo/John Russo)