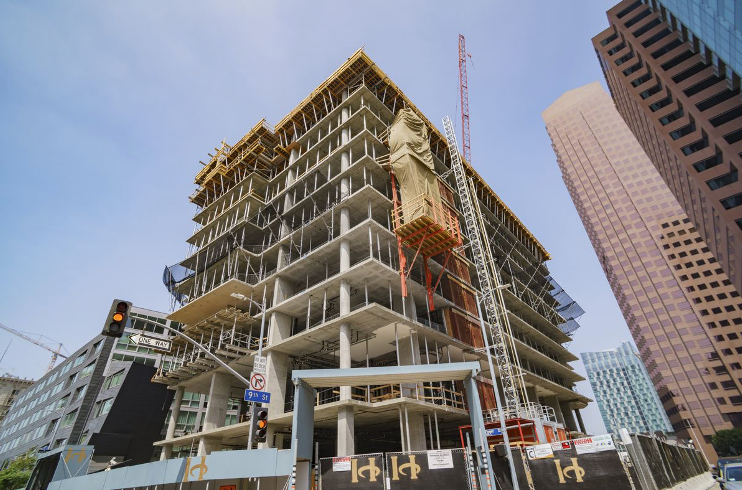 COMMENTARY - No less than the Editorial Board of the venerable Los Angeles Times has come out to castigate SoCal leaders for opposing the developer rip-off perpetrated in the name of California’s desperate need for affordable housing.

If State Bills 9 and 10 and their perverted parents are so wonderful, I am sure that everyone would be jumping on board to enact them locally. So what is all the controversy over the Our Neighborhood Voices Initiative?

The bills claimed intention was to resolve California’s housing crisis by eliminating some of the perceived land use and CEQA restrictions on developers.

Note the words “claimed” and “perceived.”

OK, so if land use and CEQA issues were not a real impediment to creating affordable housing, why did California’s legislators push these laws through?

Streamlined production will increase construction, and increased density will put pressure on already strained infrastructure. It may increase tax income to the City which might allow it and the County to further subsidize this kind of housing, but it will also further push up rental and home costs.

So who actually benefits from the recent State bills? The developers, of course.

However, there’s not much profit in building anything affordable for the homeless or those who can’t afford rent anyway.

So these new state laws to 'encourage new home construction' are actually all about construction and not affordability, all about developer profit and leveraging incentives for even more profit by forgoing CEQA issues, infrastructure needs, and neighborhood concerns.

Plus, it’s not the failure of cities and counties to build more housing that has created a shortage driving up rents and home prices to record highs, it’s the commodification of real estate.

The real scapegoat that people – our friends in Sacramento and on the LA Times editorial board – conveniently forget is that real estate costs have spiraled ever higher since 2008 due to Wall Street profiteering. Not to mention that California developers almost certainly participated in this wild ride.

And these are not costs that local governments can control.

The reason it took four years to frame the Our Neighborhood Voices Initiative ballot measure is that Weiner and Atkins and whoever else the developers contributed to in Sacramento kept pushing numerous unpopular measures, each pursuing a different track to shake off local oversight.

Until now, these tanked because they were so clearly bad for the people of this state. Until now, when the shills supporting real estate interests in Sacramento brought enough pressure to bear on enough legislators that SB 9 and SB 10 managed to slide through.

Or, concurrently, our elected officials could have more than doubled the current minimum wage to allow working Californians to afford a median two-bedroom apartment… And the resultant upscaling of salaries over the State minimum could then permit higher-paid workers the opportunity to buy into housing that is currently out of their reach…

The Los Angeles Times opined that "Opponents of SB 9 say that subdividing lots in single-family neighborhoods won’t create affordable housing. But it doesn’t have to. It just needs to create more housing."

How stupid can they be? There are already more vacant units – off market or otherwise non-affordable – in Los Angeles now than there are unhoused Angelenos. Why do we need more housing?

There are just too many more people that developers would have to bribe, oops “make contributions to,” if they had to do this county by county, city by city, town by town. Also, if they do this up in Sacramento, the persuadable politicians needing support for re-elections are conveniently all in one location.

And a long way away from those pesky constituents who WANT the protections of CEQA, who are terrified the granny flat thrown up next door with limited oversight is going to slide down the slope and onto their property, and that the excavations for that triplex will destroy the roots of the 100-year-old California oak and remove both shade and oxygenation.

And who are far more concerned about more sewer failures, more broken water mains and more torn-up streets as developers rush to build without the benefit of an infrastructure capable of supporting all those new taps and toilets.

Remember, the only way some bills get passed is if you hold your nose and vote for something the other guy whose support you need on one of yours wants.

Shame on our elected officials who were persuaded to vote against their constituents’ interests so we now need the Our Neighborhood Voices Initiative.

Shame on the Los Angeles Times Editorial Board for buying into the story of the developer-corrupted officials in Sacramento.

And, yes, we do need to return land use control to California’s cities and counties so that people can persuade their local governments to do the right thing – for their residents, and not at the behest of greedy developers.