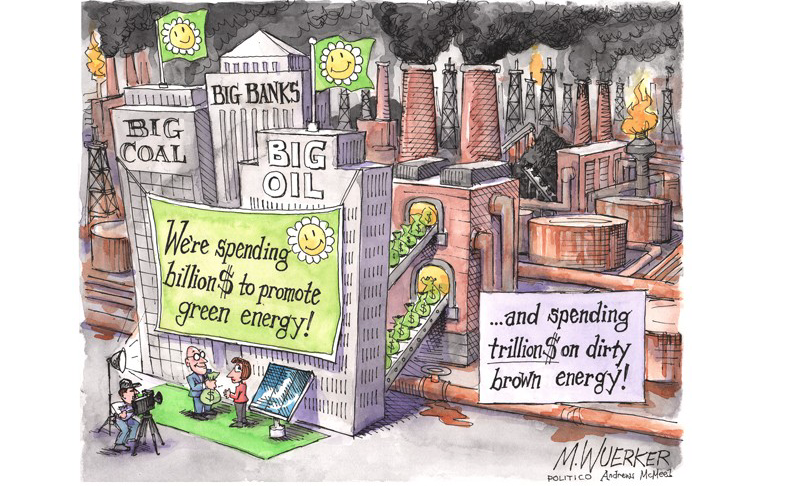 RANDOM LENGTHS NEWS - Until recently, every time you turn around something seems to be in “crisis.”

And yet for the past year every report from both ports showed a steady increase in container throughput heralding historic levels of cargo and commerce at the San Pedro Bay ports. Just last week, Gov. Gavin Newsom toured the ports of Los Angeles and Long Beach with John Porcari, the White House port envoy to survey the supply chain crisis.   They never once noticed, until it was impossible to ignore, that the number of ships waiting outside the breakwater were three or four times as many unloading at berths. And then suddenly after an oil spill, everyone’s worried about getting the kids’ Christmas presents on time!

Nary a word was spoken about the increase in air pollution caused by these cargo ships waiting outside, nor the impacts on the children suffering from asthma while they are waiting for those presents. Yes, profits from the import supply chain trump public health every time. Of course frequent readers of this publication know that we’ve not been silent on this matter and yet over the past 20 years, both ports have been dragging their feet on adopting zero emissions solutions even as they move methodically on automation.

The Port of Los Angeles finally approved a clean truck rate of $10 per container that might be used to incentivize natural gas trucks, and delayed implementation until April 2022. Yet, because of the congestion “crisis,” they acted immediately to place a $100 “dwell fee” on cargo containers that were not picked up quickly. Clearly, this shows that the ports are more concerned about profits for their clients than they are about the health of the surrounding communities. The ports have even delayed the imposition of the dwell fee as just the mention of that charge has motivated the shipping and trucking corporations to move more quickly to unclog the ports by a reported 32% in just nine days.  Imagine how fast the shipping companies would react if the $100 fee were a pollution fee?

Clearly the Southern California Air Quality Management District who can regulate these port emissions has been derelict to do so.  Rather they have spent the last few years “negotiating” with the ports, not enforcing meaningful regulations.  And when you ask why? You need look no further than our own CD15 Councilman Joe Buscaino who was appointed to the AQMD by Mayor Eric Garcetti.  The Earthjustice group has included Buscaino in the “fossil fuel four” who are on the SCAQMD board. He has been called out as one of them for his failure to vote for regulations on our oil refineries and as I’ve discovered, he’s taking campaign contributions from the same industries.

Do note that we have more refineries in this Harbor Area than anywhere else in California. It has been some 20 years since the landmark case against China Shipping and it still hasn’t been fully resolved and the funds completely accounted for. I’m feeling it’s time once again, to join forces to demand action and not platitudes from the ports and the SCAQMD.

On Nov. 3, a virtual town hall meeting was held to bring to light the impacts on our communities once again to make people aware, preparing them to act on climate change solutions here and now, not at some future date.

Oddly enough, when the conservatives blame the Joe Biden administration for  the rising prices of gasoline and the corporate media dutifully reports on the circus that ensues, no one ever questions the inflated prices of the supply chain nor the integrity of the oil companies and whether they are gaming the market. The hysteria surrounding the reporting on rising gas prices by the corporate media presumes the supply and demand function is at work and that consumers­  like  “you”  don’t understand. This negates anyone from looking closely at the shipping and oil companies or the railroads’ failures to plan while making historic profits from the pandemic surge in consumer spending.

Container cargo counted in 20-foot equivalent units (TEUs) went from $1,200 sometime last year to over $20,000 this year. According to one source, the largest shipping company A.P. Moller-Maersk earned more in the first quarter of 2021 than it did in all of 2020.  I’m sure that the railroad corporations and other shipping lines are doing the same.

In a rare 60 Minutes report from Nov. 14, correspondent Bill Whitaker, says, “You better watch out, you better not cry, you better not pout—or maybe you should. Millions of dollars’ worth of holiday presents and other goods Americans have ordered are stuck on giant container ships, waiting for a space to unload at the ports of Los Angeles and Long Beach. Call it a case of Freight Expectations.”

Whitaker gets close to the real cause as he interviews Ryan Petersen, CEO of Flexport, a technology company that buys and sells cargo space who responds to a question with, “Yeah, this is inflation first-hand.”

And then he interviews a Chicago importer Bobby Djavaheri, “I call them pirates of the sea. They’re 100% price gouging and no one’s done anything about it.”

Djavaher: “No, no— I really don’t buy it. It’s price-gouging and it’s someone taking advantage.”

The same is quite possibly true with oil corporations which, “Under normal conditions, California refineries produce enough gasoline to meet demand inside the state.” And also “California refineries export gasoline,” According to California Energy Commission. The report goes on to say, “When needed, the state typically imports gasoline via marine shipments, which usually take three to four weeks to deliver. The state’s prices must rise to secure these international imports via marine vessels to cover the additional delivery costs.”

Again, the unregulated shipping costs are to blame and with more shipping comes more air pollution. Not only are you paying at the pump and at the stores this season but also with the air you breathe.

This is the season for our ports to address pollution before profits.