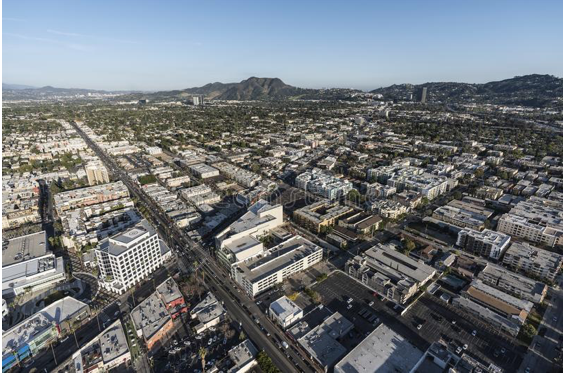 Importantly, this CLA Memo identifies Council Districts 2 and 4 as separate districts as well as provides an update of all District boundaries in detail along with population demographics. CLA memo can be accessed as Council File No. 20-06668-07.

The November 5, 2021 CLA Report, details the City’s protocol that was used in this specific case and resulted in the adoption of the Hybrid Map.

The Hybrid Map is a combination of both proposed maps. “Hybrid Map focuses changes on Council Districts 3, 4 and 5,” incorporating many of the Motions listed as Regional Adjustments included in this Report, reads the Nov 5, CLA Report.

At the Nov. 2 Council Meeting, Council heard the Commission’s Report as well as Councilmembers submitted 38 adjustments to the AD Hoc Committee for their review, reads the Nov. 5, CLA Report.

Subsequently on Nov. 5, Councilmember Bob Blumenfield and a member of the Ad Hoc Committee wrote in his Council District 3 Newsletter,

The Ad Hoc Committee “convened to review the LA City Council Redistricting Commission’s final report/map and deliberated on the almost 40 motions that were introduced for changes. Three maps were presented including the one put forward by the LACCRC, a different map that was designed to cause the most minimal population adjustments to current district boundaries and a hybrid map of the two.  The committee adopted the latter with a few additional changes.”

City council districts in the San Fernando Valley would experience major changes as a result of the movement of neighborhoods during the boundary line drawing in the redistricting process.

According to the Nov 5., CLA Memo, CLA review of the Commission report “noted an issue with the representation of population and voter data by race. The commission used a database provided by its consultant, rather than the database historically used by the City. Further the Commission only used whole-block geographies.”  More so, The Nov. 5, CLA Report uses “the City’s database, which refines the population data according to federal Department of Justice criteria,” reads the report.

The updated neighborhoods of the three focused districts, redistricting draft maps and their population numbers approved by the Ad Hoc Committee are reflected in the CLA Memorandum of Nov. 8, 2021. For example,

During a Commission webinar hearing, on 9/13/21, during an inter-regional discussion, Commissioner Richard Katz said,

“I want to make sure that we don’t think that changing district boundaries is creating harm. When I look at the maps and what is proposed for region 4, even the ones that are recommended for the entire Valley have many major changes. There are going to be impacts to the communities. And we are going to embrace that. I don’t want to adhere to the current boundaries just because I don’t want to disrupt it. That’s why we are here.”

Yet, hearing after hearing, residents during public testimonies repeatedly voiced, “We want to keep our neighborhoods whole.”

(Connie Acosta is writer, a member of the Los Angeles Neighborhood Council System and attended the 2021 LACCRC Hearings, 85% of the time, via zoom. )