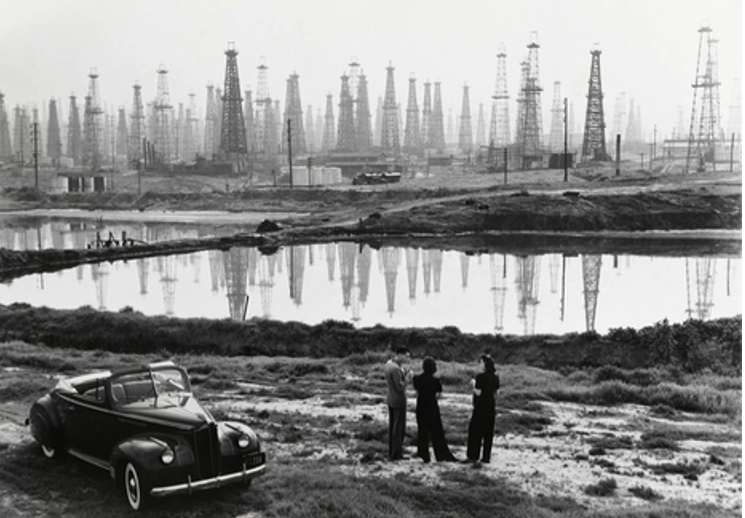 ENVIRONMENT - Los Angeles is built on oil, literally. For most of us the gently tipping pumps provide little more than background motion down the La Cienega corridor and across the basin.

With the City’s expansion and growing awareness in recent generations of the health hazards around operating oil wells, came demands for set-backs.

When the advent of fracking technology allowing producers to profitably reopen wells shut down decades ago in neighborhoods where housing had subsequently been built right next to the dormant wells, these demands have significantly increased.

Los Angeles Councilmembers have danced between the raising clamor of residents calling for more stringent protections and the moneyed oil lobbyists for much of the past decade.

The need to provide power at a reasonable cost and keep gas prices as low as possible is not a valid economic argument when factoring in the cost to the City and its residents of people’s health, clean up and climate change.

This is just another short term vs. long term argument in which individual Angelenos almost invariably lose.

On October 21st, The California Department of Conservation’s Geologic Energy Management Division (CalGEM) released a set of “science-based health and safety” draft regulations to protect communities and workers from the impacts of nearby oil and gas production operations.

Early meetings were packed with employees of the oil and gas company interests going toe-to-toe with environmentalists and public health advocates. The former’s concerns focused on their need for jobs and the benefits oil and gas provided their communities’ economies.

The latter were concerned about long term impact on people’s health and about air, water, soil and noise pollution.

The draft rule as issued sounds like a big win for public health and environmentalists – a 3,200 foot setback instead of the 2,500 one called for in Los Angeles – but, as always, the devil is in the fine print.

It doesn’t do anything (or very little) about existing production facilities despite these almost certainly generating more poisonous gases, inimical to human and animal health and significant contributors to global warming than the future wells to be built subject to this rule. If it isn’t first watered down by the forces of carbon fuel profitability.

Fracking isn’t mentioned at all.

Containment just needs to be adequate – you have only to look at Pennsylvania and elsewhere to see what a joke that is.

It says nothing about consequences which is the only whip the government can wield to force compliance.

There must be severe and escalating consequences for any deviation including stringent penalties to be levied against all individuals contributing to any malfeasance; these companies have extremely deep pockets, exert undue influence in government and, in many cases, the judiciary, and cannot continue to operate as scofflaws perceiving fines as a cost of doing business that they can pass on to their customers and deduct from their taxes (if they pay any at all).

And just HOW are these companies going to compensate people around drill sites for groundwater contamination? There should be no further drilling. Period.

People need to weigh in loud and long to make clear that this is a baby first step and we expect CalGEM to ramp up its game and proceed step-by-step to curtail the excesses of the oil and gas industries, and return clean water, clear air, uncontaminated soil and good health to all Californians.

In considering this matter and, specifically, in assessing comments submitted, regulators MUST place significant emphasis on the fact that the oil and gas production operations have extremely deep pockets and have already demonstrated that they will use fear tactics to pressure their workforce including friends and family to oppose an action that is clearly in the interest of all Californians.

Except the executives and stockholders, none of which is likely to live or choose to raise their family within miles of any oil or gas production facility.

And to meet climate change compliance requirements, the City and State need to aggressively move forward on shutting down existing wells and mitigating all related damages.

Yes, people will lose their current jobs if this goes through but this is a golden opportunity for Californians to find new and better careers with employers who don’t put people at risk, damage the environment and accelerate climate change.

Furthermore, with the pressing need to move to green energy, more and more jobs will open in those fields, paying better wages and presaging a better future.