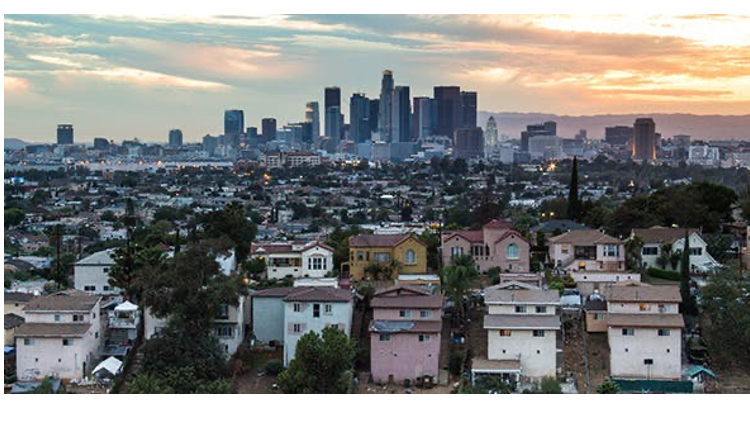 RantZ & RaveZ - Los Angeles, California. The Land of FREE Housing, FREE Food, FREE Public Transportation, FREE Education and the ability to walk into most stores and take whatever you want and not pay for it...

since it is NOW considered “FREE” for the taking since there is little to no consequences for STEALING something you take and don’t have money to pay.  Who do we blame for the current state of affairs in the City of Los Angeles and neighboring communities with laws that are just wasted ink in California’s Penal Codes and other Legal documents established to control and regulate the behavior of people.

It is time for you to wake up from your “Everything Will Be OK” attitude and pay attention to the current deteriorating living conditions in Los Angeles and neighboring communities in Southern California.  I mean each and every one of you who thinks all is good in Los Angeles or going to get better if you keep voting for the same politicians that put us in the current situation in the first place.  When we examine the watered - down laws in California, we find that most of them have little to no impact on society.  This is reflected in the lack of enforcement by the government that is established to protect all of us.  Business owners, consumers, and all the people regardless of status in our society.  Rich or poor and everyone between.

How about the Traffic Laws that are codified in the California Vehicle Code?  When is the last time you observed a marked B/W police unit or motorcycle officer stop a traffic violator?  A speeder, reckless driver or someone running a red traffic light.  The number of police officers in Los Angeles and the region has been reduced due to the “Defund the Police” movement pushed by members of the “Progressive” movement and other more liberal causes including the Los Angeles Mayor and all but two L.A. City Councilmembers.  The only two L.A. City Councilmembers who had the courage to stand up to the “Defund the Police” movement were Councilmembers Joe Buscaino who is running for Mayor and John Lee who represents the San Fernando Valley.  The rest of them including Mayor Garcetti folded to those calling on the city officials to “Defund the LAPD.”

The current staffing levels of the LAPD reflect the lack of interest by elected officials to properly staff the police department and provide safety for the sprawling population in Los Angeles.   The LAPD is at 9,473 sworn officers as of September 11, 2021.  This includes everyone from the Chief of Police to the recruit in the police academy.  The number of officers is so low that many police operations have been reduced or eliminated altogether.  For example, if you have a minor traffic accident don’t call 911 and request a police unit to respond and investigate the incident.  The LAPD no longer responds to minor traffic accidents without injuries.  It is up to you to gather the information on the other motorist and report the incident to your insurance company and file a report online.  This is just one of the many situations where the LAPD no longer responds to calls from the public.

I encourage you to keep informed of crime patterns in your specific neighborhood.  You can find crime and related public safety information online at the LAPD COMPSTAT website.  It is important to know what is happening in your neighborhood for your safety and that of your family.

The Recall George Gascón campaign will be continuing in the near future.  There is currently a Reset taking place.  Petition gathering has been suspended at this time.  You are encouraged to continue to support the Recall movement.  More to come on this matter in the coming months.  I am still one of the co-chairs along with former L.A. District Attorney Steve Cooley.

That is it for this week.  Stay tuned for more interesting stories and tales of the City of Los Angeles and beyond with RantZ and RaveZ by 53 year LAPD Veteran and Former L.A. City Councilmember Dennis P.  Zine.