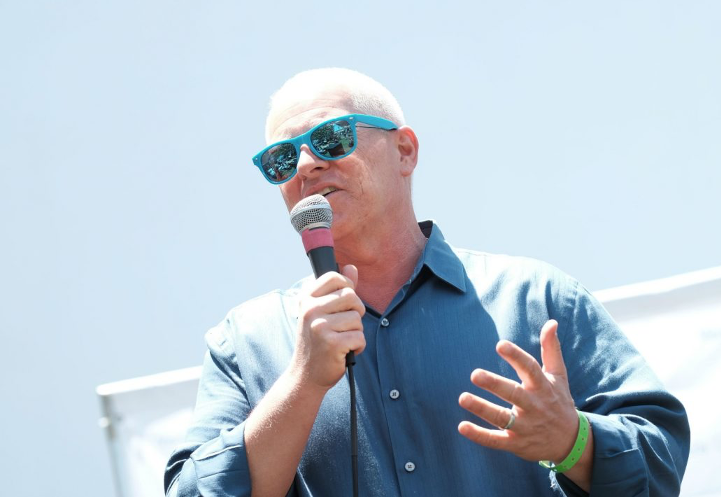 THE DOCTOR IS IN - Yes, you and I get these e-mails and public statements from Mike Bonin and his cronies--er, allies--about how those "right wingers" are trying to get him just like they tried to get Gavin Newsom.

But, as is the sad, sad, sorry case about the Bonin Era that changed him from a Man of the People to a Hiding, Lying, Gaslighting Sneak who doesn't dare show his face to neighborhood council meetings, this paradigm is...Just...Plain...Untrue!

Actually, the majority of those who signed the recall effort had major problems with Gavin Newsom's economic running of the state into the ground.

So while there are many in the Golden State, including many reading this piece right now, who would rather swallow a bag of rusty nails than vote for a Republican (and who have probably never met enough Republicans to know who it is that they hate so much), most who signed the recall effort were Democrats and Independents.

Unfortunately, the race morphed from honest and capable government to a question of dealing with the COVID-19 pandemic (which does seem to be a gift that keeps on giving to the Democratic Party), and GOP candidate Larry Elder's libertarian approach to the Pandemic completely morphed from the homeless, economic, and infrastructure issues to a question of anti-vaxxer policy change.

That doesn't hold true for Mike Bonin, however.

2) Mike Bonin is a poorly-understood, progressive Democrat who is just one of us.

While certainly the case when Councilmember Bonin was elected, he and so many of his staff do enough behind the scenes (including the subversion and election influence of neighborhood councils) to sadly draw the conclusion that his close alliance with police, fire, and other City entities just doesn't exist.

And Bonin's new stances can be blamed on one person, and one person only: Mike Bonin.

Those who most vigorously wish his recall, and/or wish Bonin's lack of re-election, are the same who contributed and fought for his initial election and re-election. After his re-election, then the turn to the Far Left--and beyond honest progressivism--took the L.A. Westside into an authoritarian nightmare.

Which is a shame, because some of Bonin's staff are some of the most wonderful and capable people I've ever had the honor and pleasure of working with.

3) Mike Bonin is the best advocate the homeless have ever had.

Actually, Mike Bonin and his allies (both locally and nationally) are arguably the biggest causes of a rampant spike in homeless than what we saw during the Reagan Era.

Much of why President Reagan defunded mental illness and related programs was because he and his allies, wrongly or rightly, declared this responsibility to be a Constitutionally-mandated obligation of state and local governments.

Enter Bonin and L.A. City Government that bilks the taxpayers, creates expensive programs, wildly cost-ineffective home-building programs, and makes perhaps the majority of who voted for more City and County taxes regret that we created a cottage Homeless Industry.

And the police and virtually all grassroot advocates know that, and despise the completely-avoidable crisis with homelessness rampant among us--and with all the resultant secondary crises of health, crime, and transportation dangers that go with that crisis.

So let's not lie anymore. We can do better than the person that Mike Bonin now is, and fight for the kind of person Mike Bonin once was, to best represent the good-willed, giving people of both the Westside and greater portions of the City of the Angels.