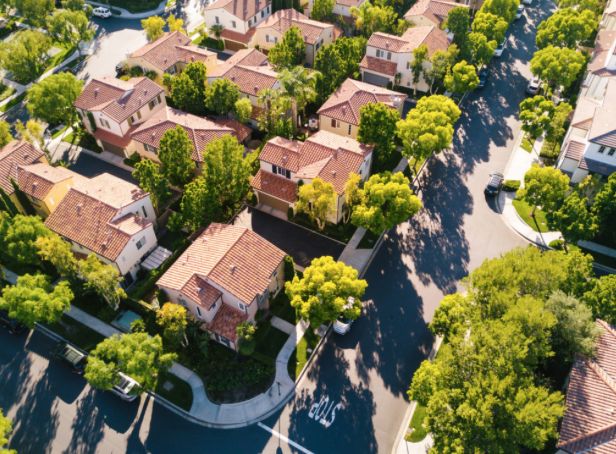 THE DOCTOR IS IN - Unfortunately, the lack of balance between Republicans and Democrats in this state, and the rise of the Woke New Generation, is destroying our economy, our environment, and our quality of life,

and in particular because of the "Denaissance" of myths and faith/beliefs of those who truly are shredding the laws of physics and biology:

1) Woke individuals, particularly those who are younger and less experienced in life, demand and will get lower-cost housing with these levels of city, county, and state governments.

In reality, it's not so much JFK Democrats and other educated Democrats but THESE Democrats in power, who keep getting re-elected, but uneducated and blinded-by-faith Democrats who presume that MORE housing will lead to affordable housing. Sadly, it won't.

2) Affordable and homeless housing advocates in political power want cost-effective and housing for the lower and middle classes.

In reality, more housing is being built for the wealthy and house flippers who don't give a damn about the middle class...and so long as the wealthy pay most of the taxes in our state, and are the most connected, this terrible reality is here to stay.

And government- and lobbyist-supported home builders and their contractor allies are getting PAID to build "affordable" and "homeless" units at cost that are hundreds and thousands of dollars higher than is needed and/or reasonable.

3) Housing costs are fair and reasonable when one takes inflation and the higher costs of housing into consideration.

In reality, house flippers and foreign investors are jacking up the costs of housing far beyond inflation and are "in it to win it", and are catering to those who've saved up the money for a much, much higher amount than the 10-20% usually required for the purchase of a house.

Too often are homes paid for with cash only...for the entire cost (100%) of a home. In part, therefore, the Woke individuals listed in 1) above are correct...despite the foolish conclusions they have about destroying and demonizing single-family housing.

4) We have the ability right now to build much, much more affordable and environmental/sustainable housing at this time.

In reality, until we have enough transportation, energy, and water infrastructure, we are doing anything BUT creating the ability to construct more sustainable housing. A combination of the Green Lobbies and Chambers of Commerce either are misanthropists, green-as-in-money only, and are focused on near-term wealth only.

California was built on water pipelines...but the lack of ability to create dams and support more water in suburban and rural regions is killing any chance for the middle-class to purchase cost-effective homes.

5) Urban Infill remains the best way out of our housing crunch.

As the COVID-19 pandemic continues the already-growing trending of remote and telecommuting employment, the desire of those who want homes for their families (and they're not bad people, contrary to Woke faiths and beliefs), Californians will leave the urban West Coast and even the Golden State to pursue the American Dream.

And Urban Infill, with a crunch of pollution and traffic sequelae, makes matters worse for big-city economies, environmental initiatives, and the overall quality of life for those who live the Big Cities of the West Coast.

And Governor Newsom and the Sacramento Legislature, who keep getting re-elected, will without doubt see their continued political viability as a statement from our electorate that we're doing just FINE, while those who are NOT Woke or foolish will just throw up their hands and leave the Golden State...