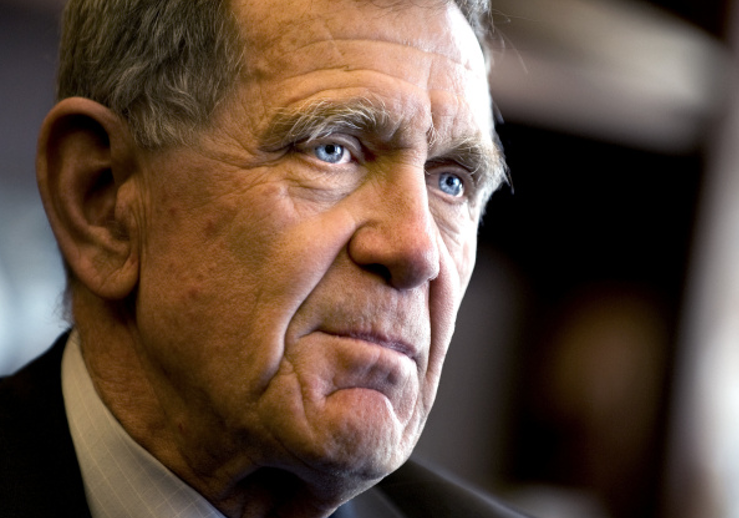 A VIEW FROM HERE - Lawyers use legalese which confuses most people, but judges use JudicialSpeak which can be harder to understand.

JudicialSpeak is excessively polite and those outside the judicial system may not fully understand what is being said.  Muckrakers such as myself use harsh words which no one should misunderstand.  Here’s my muckraker translation of what the Ninth Circuit of Appeals said to Woker US District Court Judge David O. Carter about his handling of the Homeless Case against the city of Los Angeles. “Dear Sh*t For Brains: WTF are you doing? Stop it.”

On April 26, 2021, we wrote in CityWatch’s Judge David Carter Falls for the Big Lie, “His Honor’s reliance on the Los Angeles Times is akin to quoting Pablo Escobar on how to combat the drug trade.” Federal appellate Judge Jacqueline Nguyen used JudicialSpeak and wrote, “In addition, the district court [Carter] relied almost exclusively on extra-record evidence.” She was referring to Carter’s relying on the LA Times.

Judge Woker Carter broke bedrock legal rules:  (1) The plaintiffs’ allegations set the parameters of the case,  and (2) the court must remain within that frame work.  Judge Woker ruled on matters which the Plaintiffs had never alleged, primarily that white racism caused homelessness.  Judge Nguyen wrote, “But none of Plaintiffs’ claims is based on racial discrimination, and the district court’s order is largely based on unpled claims and theories.”  Op 11 As Judge Nguyen pointed out, the race of the plaintiffs was not even known which made it impossible to know how racism caused them to be homeless. “Plaintiffs did not bring any race- or family-based claims, so they had no reason to discuss these identifiers.”  Op 23

Judge Woker Carter’s departure from the most basic judicial rules was not a mere oversight.  Rather it was repetitively flagrant.  Judge Nguyen noted, “The district court relied on hundreds of facts contained in various publications for their truth, and a significant number of facts directly underlying the injunctive relief are subject to reasonable debate.”

The problem with Wokerism as with other True Believer movements is that facts do not matter.  All that counts is their faith in their cause. Anything they say to support their goal is fine. We expect this conduct from California state court judges, where such behavior falls into the Dog Bites Man category, but for a federal judge to behave so outside the bounds of jurisprudence is a Man Bits Dog story.

Racism Has Nothing to do With LA’s Homeless Crisis

The origins of Los Angeles’ Homeless Crisis was discussed in 1915 when the city’s civil engineers wrote the 1915 Study of Traffic Conditions in the City of Los Angeles.  This Study and others used to be readily available but it seems Garcetti had them removed, no doubt because they directly contradict his Manhattanization Mania.  One can still download pdfs from Google, but one now must know the name of the studies to access them.  Beware, the www is now filled with disinformation.  Nineteen-Eighty-Four’s Ministry of Truth is alive in LA. In both city hall and in the state courts Lies = Truth. I digress to help any reader who may wish to hunt down the early studies to gain a deeper understanding of our current nightmare.  See also September 15, 2016, CityWatch, We’ve Forgotten What Made Los Angeles a Great City.

Densification Concentrates Wealth in the Hands of a Few Landowners

Once the developers buy up relatively small areas like DTLA or Bunker Hill, then they can reap enormous profits by adding extremely dense office and residential towers. DTLA is about 5.84 sq miles which is sq mi is 2.4 miles on each side.  Bunker Hill is only 0.173 sq mi, which is 4/10's of a mile square.  When such densification is allowed, not only can the owner make a fortune from the rents, but then other developers want to similarly maximize their profits. They make the reasonable argument, “If CIM cannot do it, why can’t I?”  The answer is, “In a town where money can buy any councilmember, you too can do it.”  (Under the defunct CRA-LA, Bunker Hill, etc paid no property taxes. Instead the money went to CRA-LA which doled it out to developers.)

The problem with adding density to urban cores is that people already live there. Thousands of poor people were shoved out of Bunker Hill, when the same taxpayer dollars could have been used to upgrade all the housing and reclaim the historic neighborhood. Such house-by-house renovations would have employed small local contractors and not the huge mega developers and their Wall Street financiers who make money by destroying history and constructing towers which the people themselves do not want.

Developers victimize the poor by destroying rent controlled apartments (RSO units) which house the poorest of the poor.  Once they are evicted, many become homeless.  Often living on fixed income, they can survive paying $500 per month rent. They cannot afford $1,100 for an apartment. but for $150, they can buy a really nice tent.

On February 19, 2016, SaveValleyVillage filed a petition to stop the illegal behavior of the city council by which it approved the destruction of rent controlled properties. The lawsuit suit sought to enjoin the city’s illegal vote trading as that was the illicit procedure by which the city council was destroying poor people’s homes.  In December 2016 Judge Richard Fruin in a tricky two step dismissed the lawsuit, saying that the issues being non-justiciable was not the proper basis for demurrer and  he then went on to throw out every cause of action making clear that any challenge to the city council’s behavior was de facto non-justiciable.

After Judge Fruin’s decision, developers knew that it was all systems go and the destruction of RSO units increased.  Homelessness proliferated on the streets, under the freeway over passes, in the bushes near the freeways, in the washes in the valley, etc.  The death rate among the homeless reached pandemic proportions years before Covid arrived. While Judge Carter tried to help in his own Woker way, Judge Fruin made clear that the densification of Los Angeles would continue despite the city’s violations of (1) Penal Code § 86, and (2) The Brown Act.  (Note: Because the Vote Trading Agreement secretly determines each vote, the actual decision is hidden from the public.  Basically, the councilmembers have decided behind closed doors before their public vote.  Hence 10,000 unanimous approvals. Judge Fruin said the city could not be sued for that.)

Both Carter and Fruin trash the judicial system to advance personal goals. Carter is a True Believer in Wokerism, which now postulates that white racism is the cause of all our ills, while Fruin became the protector of the criminal enterprise which controls LA City Hall.