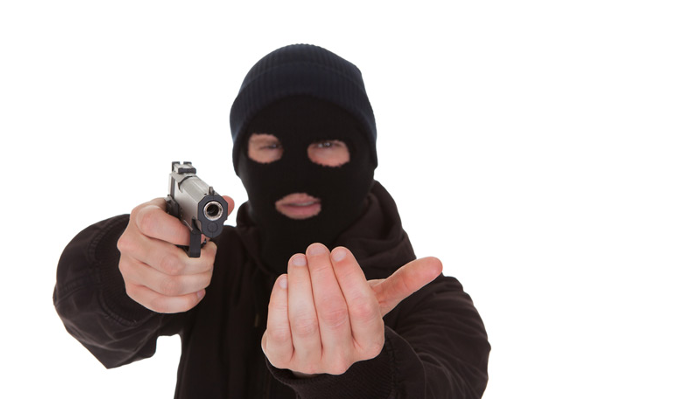 GELFAND'S WORLD - A substantial number of Republican voters are convinced that the presidential election was stolen from Donald Trump.

I'm guessing that there is a subgroup that doesn't really believe this in their heart of hearts, but feel they have to keep up the front among their fellow Republicans. But still, there are those who continue to repeat the claim that we on the other side refer to as "The Big Lie."

But when you think about the recent history of the Republican Party and its publicity apparatus including Fox News, which no longer even pretends to be anything but a conservative spokesman, there's another lesson that most of us on the other side have long since figured out.

It actually goes back to Karl Rove and his generation. When the Republicans have a political weakness, the first thing they do is claim that the other side is guilty of it. In a country where people tend to react to headlines, this is an effective tactic. And it takes a lot of counter-arguing by the other side just to get back nearly to where they started from.

Perhaps the most obvious and indefensible use of this tactic by Republicans was to attack the scientific and public-health related organizations such as the CDC and the FDA. The attack on Dr Fauci and his colleagues was part of that tactic.

And the political weakness that this attack was intended to cover up was itself pretty obvious: President Trump is uneducated in scientific and medical matters and (even prior to his presidency) was known to be affected by charlatans and quacks. He even repeated some anti-vaccine nonsense at one point. When Trump began to repeat some of the more nonsensical claims in his press conferences (inhaling caustic chemicals and the like), the medical experts were not willing to give in. They had earned the respect of their peers through a lifetime of honesty and honor and weren't willing to give it away.

The right wing noise machine felt it had no choice but to attack science in order to protect Trump's reputation.

It didn't work wonderfully well for them, but we got a dose of what their standard approach is, was, and presumably will continue to be.

The idea of gerrymandering is nothing new in this country. The word itself was named after Elbridge Gerry, who proposed a district that looked to the modern eye like a dragon. In the lingo of the day, it resembled a salamander, so one wag called it a gerrymander, and the term stuck.

The actual process of creating districts for the House of Representatives is delegated to the states, and this has typically been further relegated to state legislatures. With their advantage in control of numerous states, the Republicans are practically salivating over the upcoming redistricting process.

Here is one way to do the job of stealing the House of Representatives in the next general election. The analogy I will start with is major league baseball.

Suppose the Dodgers were to win the first game of a three game series by a score of 12 - 0. Then they lose the next game by 1 to 0 and finally lose the last game by 2 - 1. If you were to add up all the runs, the Dodgers scored 13 runs and the opposition scored 3 runs. But in the standings, where it counts, the Dodgers get 1 game and the opponent gets 2 games.

That's how things work when you are counting games won and lost rather than runs scored. There is an analogous situation in how the House of Representatives is apportioned. It's not the voters themselves that count, but the number of House districts that each party can win. And it's possible to apportion a state's congressional districts so that a party with more voters can end up with fewer House seats.

Let's imagine one state which has, say, 12 congressional districts to apportion. Let's also imagine that this state has 5 million Democrats and 4 million Republicans. You might think that an equitable distribution of congressional seats would result in this state electing maybe 7 or 8 Democrats and 4 or 5 Republicans. The 7-5 distribution wouldn't raise any eyebrows at the end of election night.

But suppose the Democrats and Republicans tend to concentrate themselves in particular neighborhoods -- it's often that way in a state divided between farm country and cities. The farm country tends to be Republican and at least some part of the cities tends toward Democrats.

So if the Republicans have control of the legislature, here is what they can do, and what they are promising to do even as we speak: On the average, a congressional district might be three hundred thousand Democrats and two hundred thousand Republicans. (There are other people in each district such as children and non-citizens, but they won't be registered voters.) But that sort of distribution would allow Democrats to make the best use of their moderate numerical advantage.

But instead, suppose the Republicans in the legislature arrange so that several districts (8 or 9, maybe) have a small majority of Republicans -- just enough to be sure of taking those districts for the next 10 years. That gives them a three-quarters majority in congressional representation in a state where they are actually in the minority.

That also leaves a lot of Democratic voters. What do they do with them?

One way, if geography permits, is to clump them all together in a few districts. Cram two or three districts with 70 or 80 percent Democrats. This way, there will be solidly Democratic districts, but fewer of them.

The Republicans expect to gain a substantial number of congressional seats by doing the redistricting in exactly this way. You will be reading about gerrymandering and about how it is necessary for the Democrats to include redistricting controls in a congressional bill that would protect voting rights.

Right now the betting is not in favor of such a bill getting out of the U.S. Senate. Joe Manchin is probably the worst roadblock because he has refused to support ending the filibuster, but he is supportive of a voting rights bill by itself. Unfortunately, if there is no bending of the filibuster system, the Republicans will block any such bill.

So the Republican Party is set to steal the House of Representatives by gerrymandering as many states as they are able, and in the meanwhile, they are broadcasting all their lies about the loss of the previous election. The real steal will be carried out by the Republican Party.

Much of this could have been prevented had the 50 Democrats in the Senate joined with Vice President Harris to remove the filibuster and increase the size of the Supreme Court to 13 or 15, then pass the legislation to protect the rights of American citizens not only to vote, but to have their votes count.

There are a couple of slim chances to prevent the above gerrymandering scenario from coming to pass.

The Senate Democrats might potentially come to a compromise among themselves that will get all 50 of their votes plus that of the Vice President. They would have to bend the filibuster, even if they don't demolish it entirely. Unlikely, but possible.

Another possibility is that in some places, a federal judge may find that a particular state's gerrymandering is just too far over the line in terms of robbing one party of representation. This would presumably be on a case by case basis, and will be dependent on a hostile U.S. Supreme Court.

And finally, there could be a voter revolt against the Republicans, leading to some unexpected Democratic wins in House races. The Republicans are already on guard against this possibility, which is one reason they have been working so hard at enacting voter suppression.

If you check the Johns Hopkins statistics on Covid-19 cases, you will find that over the past 28 days, the U.S. has registered 4,291,156 cases and 44,898 deaths. This means that even now, the death rate is in excess of 1%, in spite of improvements in medical care. The case number by itself is a good indication of how effective the anti-vaccine propaganda has been. We're also seeing the number of pediatric cases rise enormously.