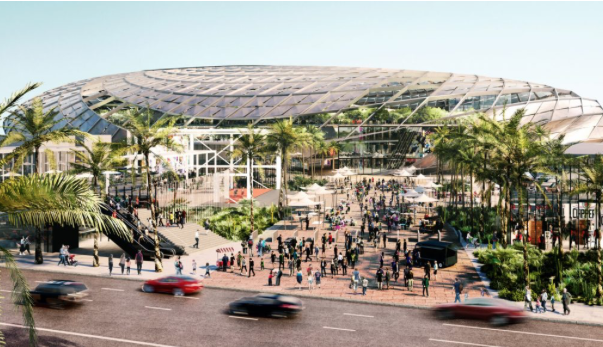 SOUTH OF THE 10 - Dear 2urbangirls, I want to thank you for your extensive coverage of Inglewood and raising the level of political dialogue within the City.

After reading your coverage of Inglewood misappropriation of Federal funds and failure to disclose 15 million dollars I was compelled to read the terms of the proposed Clippers arena and it left me with more questions than answers.

As your blog has reported the Los Angeles Clippers will begin construction on the arena but did you know that the Clippers hasn’t’ made any real significant payments of the agreed upon 66 million agreed upon purchase price.

In fact, there is a provision in the contract that permits the Clippers that allows the Clippers to deduct any costs for environmental cleanup to the original negotiated sell price of the parcels in question.

How is this a good deal?  Didn’t the City declare a fiscal emergency?

Wouldn’t proceeds from a $66 million dollar transaction address the dire financial straits that alluded to by the mayor, council and Assistant Finance Director Sharon Koike?

Maybe it’s me, and my math is off, but there is at least $90 million dollars unaccounted for, and asking the residents to continue to support these billionaires, when they offer trinkets in return, is an insult.