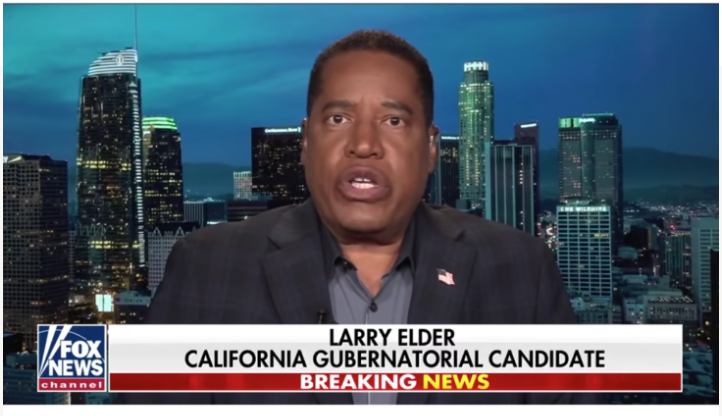 On a recent edition of Fox/Fox and Friends, Larry Elder raises two issues.

Today the Black poverty rate is around 20%, so despite Larry’s demeaning of the “Welfare State” Black poverty continues to drop. With many trends most of the activity takes place in the first years and then slows. But the continuing lowering of the rate of Black poverty is news which Larry omits.

It is still too high. For the overall population the poverty rate is around 12%.

This delivery is typical of Larry, only selected issues and points are raised and entire story is not told.

Then, “under slavery a Black kid was more likely to be born under a roof with his biological mother and biological father than today,,,” which Larry means that was that better than today?

And what kind of life would this so-call family in slavery have lived? They were not free to leave the plantation or the slave owner’s land on their own without the threat of serious beatings or death-but death would be extreme because then their monetary value as a slave would become zero.

What kind of physical roof was over their heads? What kind of dwelling place was this? It was a shack, bare-bones at the least. The floor was most like dirt. Barns and chicken coops were probably better dwelling places. This is better than today’s living spaces?

How long before the kids would then be sent to the fields to work? They did not go to school.

Then, how long would that Larry Elder imaginary family be together before the kids would be pulled from the family and sold as a slave?

Larry seems to point to this cohesive, nuclear family living as slaves.

There were sexual assaults of women, men and children, done by the slave owners and their free employees without consequence from the law. Sometimes this was done by whites to try to dilute the Black blood.

William Spivey in his book The Truth about American Slave Breeding Farms writes that in 1808 Congress banned international slave trading, but not slave trading within the States.

From the book: “It’s worth noting that the Constitution of the United States, in addition to establishing the Electoral College to protect slave states, and valuing slaves at three-fifths of a person (while giving them no rights). Specifically, forbid banning the importation of slavery prior to 1808.

‘“The Migration or Importation of such Persons as any of the States now existing shall think proper to admit, shall not be prohibited by the Congress prior to the Year one thousand eight hundred and eight, but a Tax or duty may be imposed on such Importation, not exceeding ten dollars for each Person.”’

Black people would continue to be treated as property, subject to tax or duty.

To make up for the loss of a steady importation of new slaves from Africa the South came to realize that a good source of commerce would be selling Black people as slaves. To ensure there were enough slaves to sell Black women were then prized for how many offspring they could produce for the market.

This does not make for an idyllic household setting as Larry implicates in his rapid fire delivery. Perhaps that is his trick, talk fast and often, bombard the listener so that they will not look deeper into the subject.

With some looking deeper it seems clear Larry lives in a world of delusion, a Disney Zippidy-Do-Dah world where Black Americans had better lives under slavery than today,

This delusional thinking fits perfectly into the the QAnon, Republican playbook, and Larry is unmatched in a speedy delivery to get out as much as possible in the shortest period of time.

With this delusional thinking, what would Larry do as governor with COVID? He is against mask and vaccination mandates because they restrict people’s freedom. Mask wearing and vaccinations save lives.

The roof over the world would be even more imperiled than today.

(Matthew Hetz is a Los Angeles native. He is a transit rider and advocate, a composer, music instructor, and member and former president and executive director of the Culver City Symphony Orchestra.)