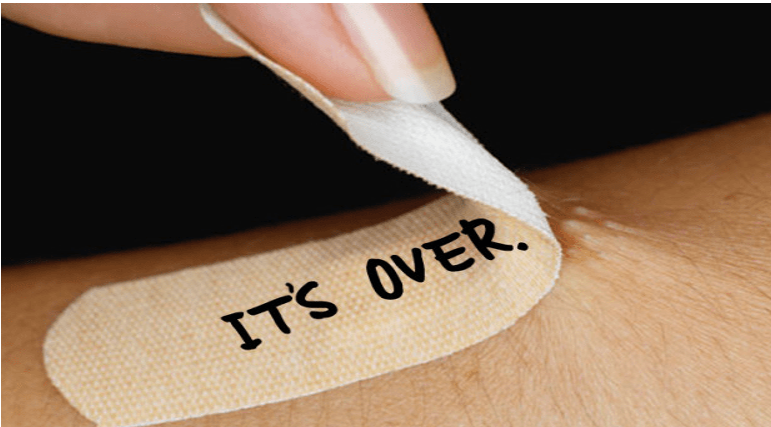 THE DOCTOR IS IN--I will be the first doctor, civic activist, humanist, and father/husband to proclaim that the COVID-19 has been inappropriately utilize to further agendas (and I really don't care if that offends anyone...

because we all know in our hearts that it's doggone true).

Right-wingers used the pandemic to declare their freedoms were trampled on, and refused both a mask and even the "Trump Vaccines" from Moderna and Pfizer (promoted and accelerated and purchased by the last administration in the White House) ...which makes no sense, because it's why Trump became a one-term president.

Left-wingers used the pandemic to steal civil rights, issue voting rules specifically in key battleground states to get the current president in the White House, advance agendas of control over ordinary citizens, and explode our homelessness problem to make that problem an even bigger "cottage industry" for connected developers and social activists than it already was.

Don't waste your time insulting me...it's been done from both sides, and it's not going to save lives (which is the only damned thing I give a rip about).

Not protecting ourselves cost lives and taking away civil liberties to piss off residents and promote reactionary stupid moves by infuriated, locked-down-like-felons Americans to do things like gather together and let people suffer and die needlessly.

Right-wing and left-wing leaders set bad examples, and did bad things, and with Trump gone I'd suggest it's safe to say Newsom and Cuomo very much deserve to be next. Their all up to their necks in the blood of American citizens.

And Biden better watch his own heinie, because his flat-out lies about past and future efforts to send out the vaccine also don't jive with the ability to grow vaccines without contamination from cell lines whether we like it or not. It's way quicker to build battleships during WWII than it is to make vaccines safely and in large doses.

So don't waste your time ignoring the truth or yelling at me (been there, done that), because I don't care, and I assure you that the virus doesn't care, either...but here are a few truth bombs:

1) This virus mutates...so does the flu (influenza virus). Booster doses will be needed and don't be surprised if we have to have booster shots every 1-2 years to keep up. Pretty awful, but I like shingles, flu, hepatitis B, and now coronavirus shots way more than getting those diseases. Consider it the cost of living on a smaller planet.

Although I think that China is lying through its teeth about how the hell this virus got started, despite the WHO covering for them and the story out there that hasn't yet been told.

2) There will be no quick, easy "holistic" or "natural" fixes. Dying of the flu, measles, plague, and now COVID-19 is pretty darned "natural", but "artificial", human-made vaccines, hand sanitizers, soap/water, and protective gear/equipment seems to be the best way to survive.

By the way, data so far a shows that Vitamin C and Zinc make much of a difference, either. Which really makes me extraordinarily sad...but, as aforementioned, the virus doesn't care about my feelings, or yours either.

3) We are not going to have vaccines available until late spring/early summer...or maybe even until late summer. I reeeeeeally want to be wrong here, but administration and just growing the vaccines isn't quick. However, future vaccines coming out in waves might help.

The good news: the more Americans get vaccinated, the more the virus is prevented from bouncing around.

Do I think that many doctors and teachers allowed their patients/students to suffer needlessly? Why, yes I do (with the exception of hospitalists and nursing home personnel)! Protective equipment and remote communications with patients and students could have saved a lot of lives, suffering, and student/young adult suicides.

But expect the death rate and the infection rate to (hopefully) go down.

4) Double-masking is a real pain in the rear, but there does appear to have beneficial protection against getting the virus. The CDC isn't always my favorite entity, but overall it's got a great track record, and their own studies confirm benefits to double masking.

5) Getting vaccinated will help COVID-19 from overwhelming you but it won't necessarily prevent it from bouncing around from vaccinated and exposed people to others not yet vaccinated.

So...dammitall, the masks and social distancing will still be needed, although my guess is that a bunch of vaccinated people might be able to live without masks and the like...but not true around the general public.

6) Many teachers really care about their students...however, the teachers' unions by and large do NOT.

They should have NO further taxes or bond measures pass, and those teachers and school districts opening up as best they can (and REALLY following the science) deserve a pay raise, and those who don't deserve a pay cut. Everyone should focus on the students, and both left- and right-wing leaders are recognizing that the teachers' unions are hurting students in unforgiveable ways.

7) We're on our way to having a "lost generation" of young people, whose social and psychological and financial devastation will likely have permanent side effects on their lives.

People in their 40's, 50's on up are the absolute WRONG people to tell young people how they should their lives, and especially those getting PAID.

Overdose deaths among young people have skyrocketed. Some of you reading this might respond with a shrug of their shoulders, particularly older individuals whose income didn't get affected during 2020.

But many of us, including yours truly, really DO care and will not STOP caring. We owe our youth a lot more than we have given them over the past 1-2 years.

8) I propose a 25% "COVID tax" from those earning income during the pandemic (2020) to those who were forced to give up their income. This is a wartime scenario we're living through, and too many people getting paid (especially politicians) were just fine with an "I'm so sorry" and an overaggressive and often needless shutting down the economy and our civil rights...

...and even when the numbers and the economy showed it wasn't necessary. During December/January a lockdown was needed, but not overall where the numbers were getting better. And I could argue that the well-paid Gavin Newsom and Dr. Ferrer should consider giving half or even all of their income. Ditto for President Biden on down...we need leaders.

So there you have it...lots of BAD NEWS, but (again) the virus doesn't give a damn.

But for the rest of you/us, please remember that the more of us who get vaccinated the better likelihood we can throw away our masks and live again.

HAVE YOU EVER HAD A BAD COLD? THEN IT'S ALMOST 100% LIKELY THAT YOU CAN TOLERATE THE VACCINE!

It's your call. My call. Our call. Just adhere to the "Land of the Free and a Home of the Brave" thing.

Unless, of course that "free and brave thing" has been relegated to the ash heaps of the 20th Century.