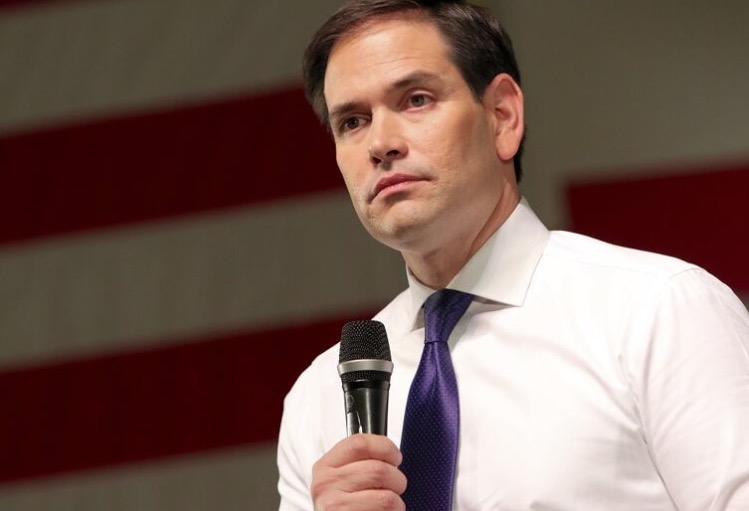 LGBTQ POLITICS - Sen. Marco Rubio (R-FL) recently made headlines when he said that a bill to provide federal protections to the right to same-sex marriage a “stupid waste of time.”

Now he’s the one being accused of wasting everyone’s time by trying to get the Senate to vote on an amendment banning people who aren’t “biological females” from accessing pregnancy care programs as the chamber worked to pass a bill on climate change, inflation, and prescription drug prices.

While the Senate worked to pass the Inflation Reduction Act on Sunday, Rubio tried to derail the discussion with an amendment that appeared to reference transgender people.

It’s not really clear what his intention is with the amendment, other than eating up the Senate’s time as it worked to pass the bill before its August recess. If he meant “biological females” as “people assigned female at birth,” then does he think that there’s an epidemic of transgender women pretending to be pregnant so that they can get prenatal services? Does he think that trans women are advocating for access to the meager federal funds for pregnant people?

Sen. Patty Murray (D-WA) wasn’t having it and called him out.

“Let’s be clear about what’s going on here: this is a procedural attempt by Republicans to derail our ability to get this bill across the finish line and deliver for families in our country,” she said.

“It’s actually outrageous that Republicans are trying to talk about pregnancy, when in this country, right now, they are forcing women to stay pregnant no matter their circumstances, pushing cruel and extreme abortion bans.”

Rubio responded by claiming that only “biological females” can get pregnant, therefore it needs to be said in a law about prescription drug prices.

On his website, Rubio noted that his amendment failed in a statement entitled “Senate Democrats Insist Men Can Get Pregnant,” either getting trans women and trans men mixed up or showing that he was trying to define women as people who can get pregnant in federal law.

Rubio is up for reelection in Florida this November, and other Republicans in the state – including Republican Gov. Ron DeSantis – have been using LGBTQ issues to shore up support among their base.

Just last Friday, Florida’s Board of Medicine voted to begin the process of banning gender affirming medical care for both adults and minors in the state, a process being pushed by Gov. Ron DeSantis (R). State Republicans also passed the Don’t Say Gay bill earlier this year that bans discussions of sexual orientation and gender identity in younger grades and restricts such discussions in older grades.

(Alex Bollinger has been working in LGBTQ media for over a decade and has a Masters degree from the Paris School of Economics. He lives in Paris with his partner. Follow @alexpbollinger on Twitter. This article was featured in LGBTQ Nation.)