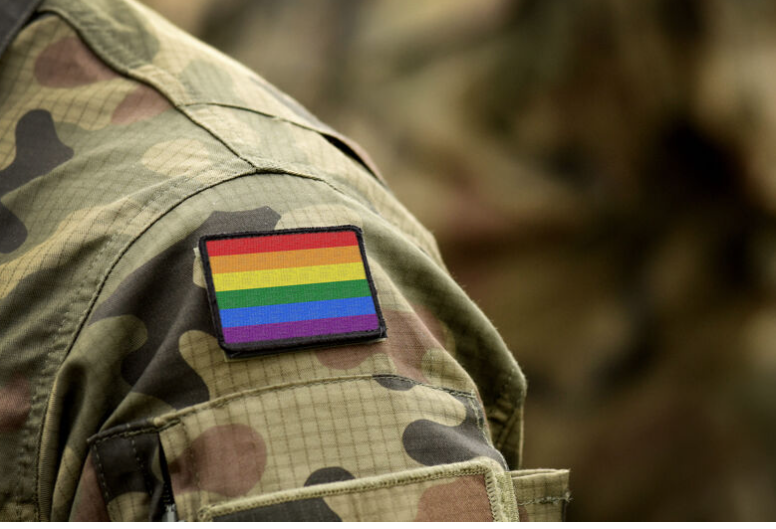 LGBTQ NATION - The Biden administration is now allowing trans and non-binary veterans to identify as such on their medical records.

On Wednesday, the Department of Veteran Affairs (VA) announced that gender selections on paperwork will now include the options of transgender female, transgender male, non-binary, and other.

Patients can also indicate a preferred name to be used on their medical records.

“All veterans, all people, have a basic right to be identified as they define themselves,” said VA Secretary Denis McDonough. “This is essential for their general well-being and overall health. Knowing the gender identity of transgender and gender-diverse veterans helps us better serve them.”

McDonough has had a strong focus on making the VA more LGBTQ inclusive. After taking office in February, he created a task force devoted to doing so.

The task force has offered 88 recommendations for changes, which the VA said will take four years to implement.

“We recognize this work requires a culture shift and will not happen overnight, but the Biden-Harris administration and I will see this through to completion,” McDonough said.

While McDonough’s moves have been applauded by trans veterans and activists, some are growing frustrated with their slow implementation.

In June, for example, he announced that the VA would begin covering gender confirmation surgery, but due to drawn out bureaucratic processes, it could be two years before that actually happens.

“When they talk about, ‘Well, we need to do an economic impact study and really figure out the logistics,’ that seems a little disingenuous because that’s already been done,” Hanna Tripp, a transgender Air Force veteran, told Military.com.

“It’s really hard to overemphasize how close in 2016 this rule was to being implemented. If Hillary Clinton got elected, it would have been implemented that year.”

The updates to the medical records, however, appear to have already been implemented. Beyond that, the Biden administration has made several moves to protect the rights and dignity of trans veterans as well as active members of the military.

Before Biden even took office, he appointed transgender veteran Shawn Skelly to his transition team, and in January, he overturned the Trump-era transgender military ban.

In April, he also appointed Skelly to be Assistant Secretary of Readiness in the Department of Defense.

When McDonough announced the eventual coverage of gender confirmation surgery, he said it was President Joe Biden who ultimately made the choice to add it.

“It’s the President’s decision, and we’ve just announced today that we’re executing that decision. That decision will carry out now over many, many months, but at the end of the day this is in the President’s authority to do,” McDonough said. “He’s made clear it’s time to do it and that’s precisely what we’ll do.”

(Molly Sprayregen is a queer writer. Her work can be found in Out Magazine, Them, Into Magazine, The Associated Press, LGBTQ Nation, Roxane Gay's Gay Magazine, and more. More info at MollySpray.com.)