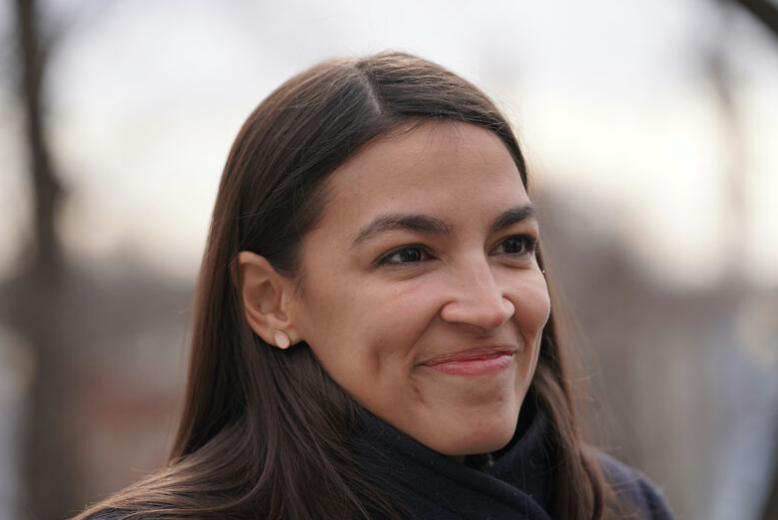 She made her comment in response to a tweet by Steve Cortes, former campaign advisor to Donald Trump. Cortes’ New Year’s Eve tweet showed a photo of Ocasio-Cortez her boyfriend Riley Roberts in Miami, Florida dining maskless outdoors.

Cortes wrote, “If Leftists like AOC actually thought mandates and masking worked, they wouldn’t be frolicking in free (Florida).”

He added, “Her guy is showing his gross pale male feet in public (not at a pool/beach) with hideous sandals. O for 2…”

Cortes’ tweet was idiotic. They were maskless because they were eating. Should they eat by sticking their food under their masks instead? Also, they were outdoors, something that reduces the risk of contracting COVID-19, according to the U.S. Centers for Disease Control and Prevention (CDC).

In response, Ocasio-Cortez re-tweeted Cortes’ tweet and added, “If Republicans are mad they can’t date me they can just say that instead of projecting their sexual frustrations onto my boyfriend’s feet. Ya creepy weirdos.”

In a follow-up tweet, she wrote, “It’s starting to get old ignoring the very obvious, strange, and deranged sexual frustrations that underpin the Republican fixation on me, women, & LGBT+ people in general. These people clearly need therapy, won’t do it, and use politics as their outlet instead. It’s really weird.”

Indeed, Republicans have long preoccupied themselves with regulating the genitals of women and LGBTQ people.

Republicans have classically opposed sexual contraceptives and love forcing pregnant people to give birth against their will. Republicans have long supported anti-sodomy laws that criminalize same-sex encounters between consenting adults. Republicans have authored bills requiring public school coaches to examine children’s genitals in order to stop transgender students from playing sports or peeing in peace.

Cortes is a troll and a tool to boot. He acted as if Ocasio-Cortez specifically came to Florida—where Republican Governor Ron DeSantis banned mask mandates—in order to “frolick free.”

But pretty much every state allows maskless dining outdoors. She didn’t need to travel all the way to The Sunshine State for that privilege. Cortes also has no idea whether Ocasio-Cortez and her boyfriend wore masks during the rest of their visit to Miami or not. He just assumed they didn’t because Florida doesn’t require them.

Until November, Cortes worked for Newsmax, the right-wing cable network that claimed that election fraud “stole” the 2020 election Trump who actually won.

Trump didn’t win the last election. He lost by it over 7 million votes, and Republicans haven’t been able to prove in any court of law that any substantial election fraud even occurred.

(First published in LGBTQ Nation - an online news magazine, reporting on issues relevant to the lesbian, gay, bisexual, transgender, queer community. We have a pro-LGBTQ point of view, but we don’t shy away from keeping a critical eye on the movement itself.)

A Trump-Nominated Judge Blocked a Wage Hike From the CA Ballot, But the Fight Isn't Over