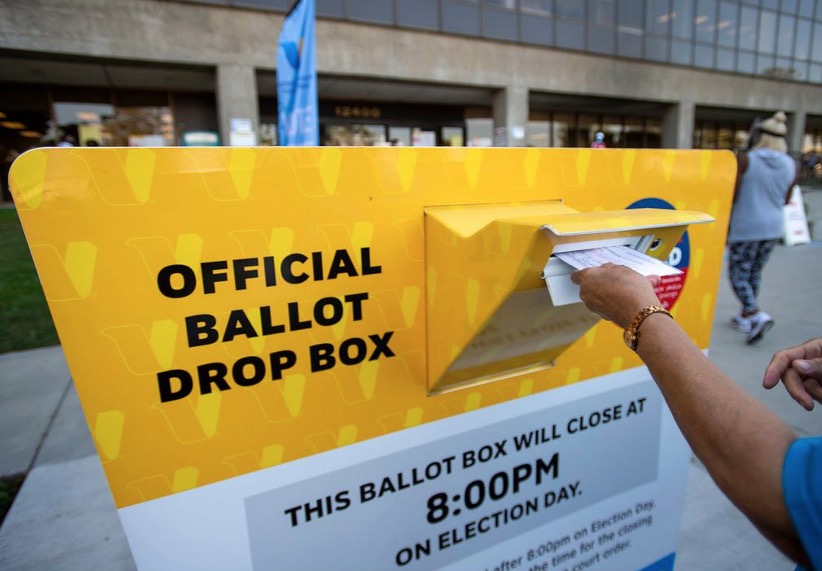 1) Just who will be perceived as someone with business experience that allows knowledge of a budget and cost-effectiveness for the City of Los Angeles, Caruso or the other front-runner Karen Bass.

Caruso, of course--Karen Bass is a very kind and nice lady, but her flirting with socialism probably won't go too well outside the relatively small but LOUD Democratic Socialists of America. That she proclaims to be neither a socialist nor a communist, probably doesn't sit well with Angelenos who want a robust economy to return to Los Angeles in the near future, and in time for the next Olympics.

And if the Democratic Party's leadership has gone too far to the Left, many throughout the political spectrum will want someone with his/her boots on the ground to make the tough decisions. There's a reason why Elon Musk (who's become rather vocal of late!) is endorsing Caruso.

In other words, the desire to go back to time-tested and tried-and-true economics, and unleashing business entrepreneurism in Los Angeles, will not favor Ms. Bass...unless, of course, the entrepreneurs and their supporters have thrown up their hands and fled the City of the Angels.

2) Our Homeless Crisis...who's got the guts and iron will to do what's right to re-establish the rule of law on our mean streets, Caruso or Bass?

Caruso, of course--Karen Bass talks compassion and patience, but while Angelenos are not short of compassion, they certainly are out of patience.

Opening up makeshift housing, perhaps out of the way from our congested streets...yes.

Waiting a few more years for mental health professionals to have the homeless listen to their pleas for the to move to shelters...no.

Both the California and U.S. Supreme Courts have stated that homeless/loitering laws can only be enforced if the homeless have somewhere to go.

So if housing units less than $400,000-700,000 per unit are made or established (buying out hotels, eminent domain, small/tiny home construction, tent cities, etc.), who will have the decency to have adults act like adults and get off the streets, Bass or Caruso?

3) Defund the Police was always a huge policy/political mistake...and is increasingly resented by Americans in both the cities and suburbs (including among minorities hit the worst by soaring robberies and violent crimes). Who's going to support the LAPD more, Caruso or Bass?

Caruso, of course--Karen Bass will probably come across as part of the Black Lives Matter and other "civil rights" movements that have been perceived as ignoring the black lives who've been destroyed or ended because of "Defunding the Police" and preventing large swaths of Los Angeles from being safe and livable.

Caruso is supported by the LAPD, Los Angeles Sheriffs, and Los Angeles School Police Officers Association. That is not a series of supporters likely to ever support Karen Bass (who's a nice lady, but I doubt that Angelenos want too much of "nice" anymore).

Overdevelopment, affordable housing, the recognition that cars still play a role in transportation and commuting (particularly post-COVID), and students' rights to have safe and student-prioritized s schools...there are certainly problems that will make voters have questions about Rick Caruso.

But if enough voters are just sick of the status quo, and will vote based on their gut instincts, and if enough of the grassroots comes out to vote, the Mayor's race will be Caruso's to win.

But maybe the voting patterns will remain as "same ol', same ol' "...and those who actually make the effort to vote will allow Karen Bass to run the City in a matter very likely to how Eric Garcetti would if allowed a third term.