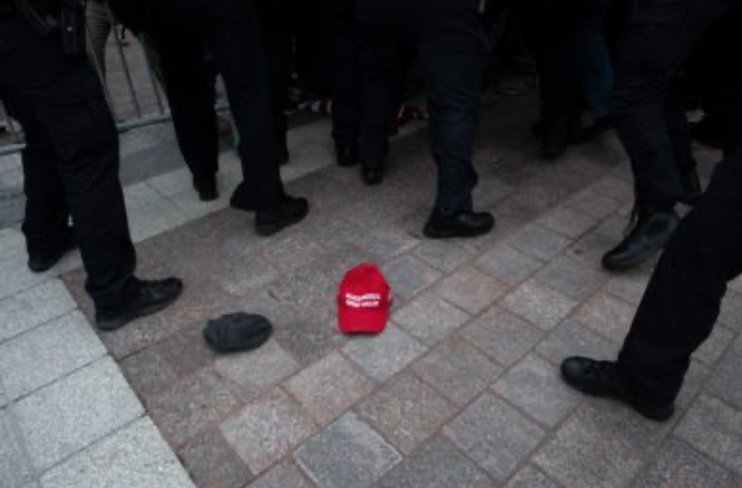 MEDIA WATCH-When Kim Dine took over as the new chief of the U.S. Capitol Police in 2012, he knew he had a serious problem.

Since 2001, hundreds of Black officers had sued the department for racial discrimination. They alleged that white officers called Black colleagues slurs like the N-word and that one officer found a hangman’s noose on his locker. White officers were called “huk lovers” or “FOGs” — short for “friends of gangsters” — if they were friendly with their Black colleagues. Black officers faced “unprovoked traffic stops” from fellow Capitol Police officers. One Black officer claimed he heard a colleague say, “Obama monkey, go back to Africa.” (Photo above: U.S. Capitol Police officers scuffle with insurrectionists after they breached security fencing on Jan. 6. (Graeme Sloan/Bloomberg via Getty Images) 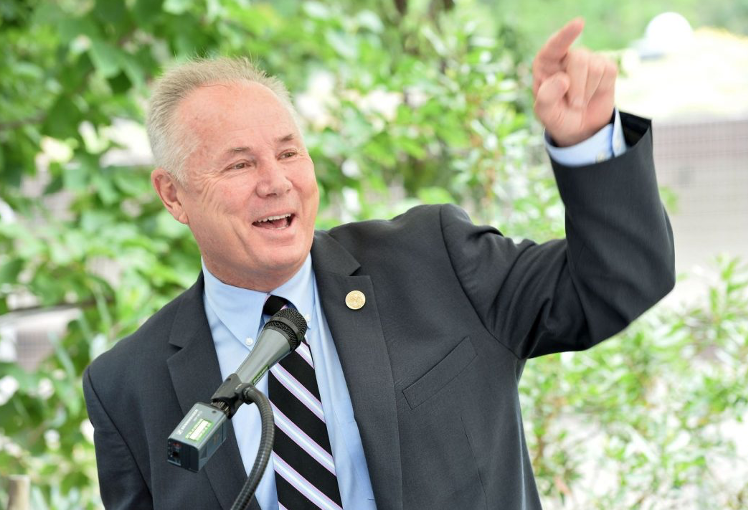 MEDIA WATCH--On a weekday afternoon in July 2009, I showed up at City Hall for a scheduled interview with Tom LaBonge. A few minutes after taking a seat on a couch in his well-appointed office, he asked if I wanted to go for a ride. I said yes, having no idea what to expect. We took the elevator to the City Hall garage.

A few minutes later I was riding shotgun in LaBonge’s gray Ford Crown Victoria, rolling through the streets of downtown, one of his staffers in the back seat. He pulled to a stop under one of the Los Angeles River bridges and asked if I had seen Grease. When I told him yes, he bellowed “Thunder Road!” and suddenly steered the car into a dark tunnel. A moment later we drove out of the darkness and into the light—we were on the concrete flats of the river. 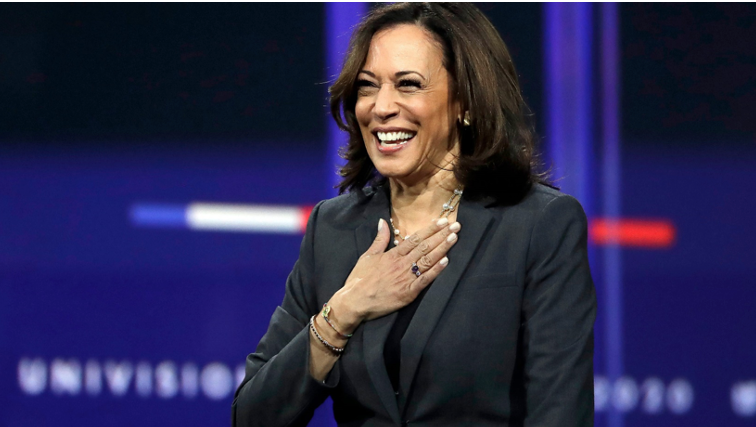 MEDIA WATCH--As we approach January, 20 2021 inauguration day for president elect Joe Biden and vice president elect Kamala Harris, it’s the perfect time to consider what this means for the Indian diaspora across the U.S.

A drive for achievement and success is a quintessential Indian-American trait, implanted in our brains by parents who preach the benefits of education, the rewards of academic success. While traditionally this was largely in medicine, engineering, and related scientific and technical disciplines, it’s heartening to observe the next generation of Indian-American kids. They have broken loose and begun to make a name for themselves in the liberal arts and entertainment, and hopefully, are about to burst through in a big way on the political scene. 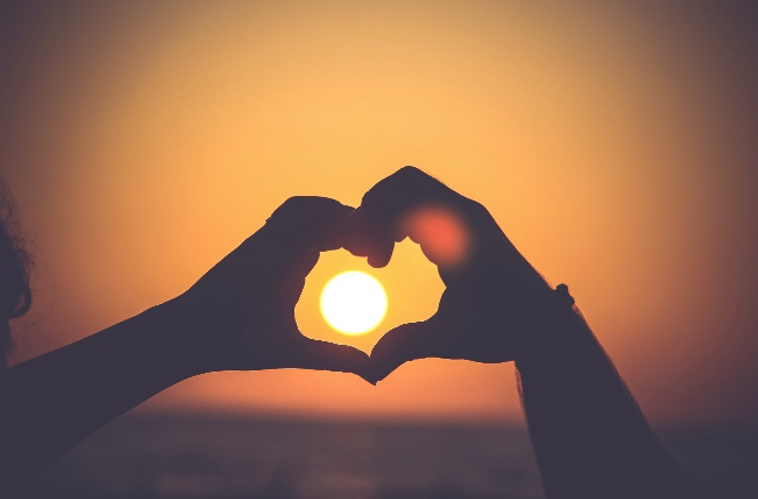 MEDIA WATCH- Lately, I have been reflecting on what I have in common with extremists.  It turns out that the list is longer than one would think.  I hold their same passions for change, an ability to withstand discomfort–put more bluntly, tolerance for risk of pain that some term masochism–and I share a lack of tolerance for passivity and denial.  Extremists are people of action.  I am a person of action.  I empathize with their demand to be heard and seen.  They want us to feel their pain, even to the point of killing us to further their cause.  As a pacifist and humanist, where I differ radically is in the choice of tactics.

As recent events in Nashville so painfully point out to us all, we enter a time of real danger to society (and by extension to our democracy as a whole) as we make the transition of power to the incoming Biden Administration.  The Southern Poverty Law Center Hate Map shows that since the year 2000, hate groups have increased from 599 to 940 in 2019.  My own state, Oregon, boasts 15 groups and Portland finds itself surrounded by and infused with hate, in situ and imported. 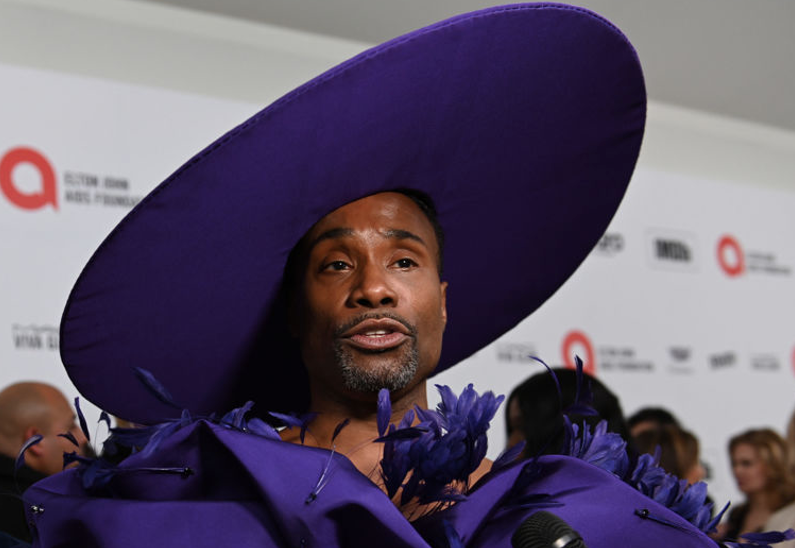 MEDIA WATCH--The LGBTQ community made a major impact on the outcomes of the 2020 election season. LGBTQ Nation analysis of data revealed that without LGBTQ voters in key states, Donald Trump likely would have won reelection as President, for example. Further reviews have also concluded that Trump could have won again, if not for the force of LGBTQ voters all over the country.

Billy Porter doesn’t want you to forget. He’s working with GLAAD to remind everyone that LGBTQ voters, organizers, and groups like GLAAD made the difference in what was considered the most pivotal election of our time. 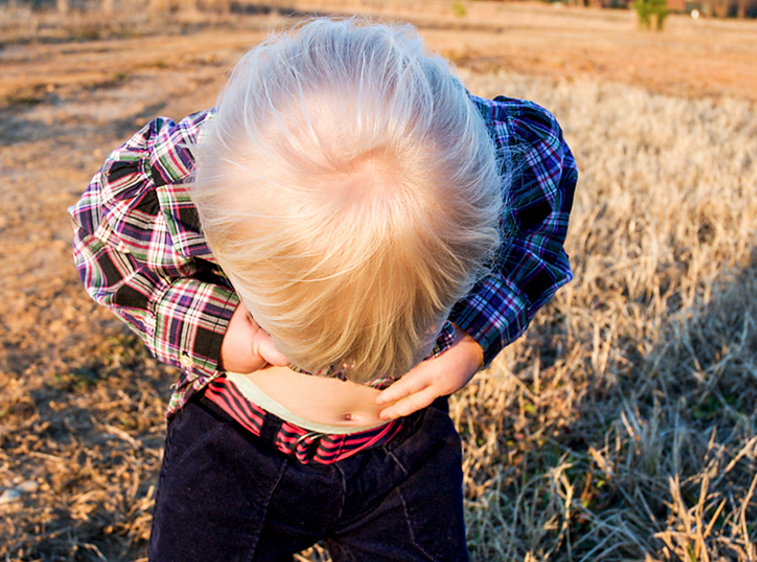 MEDIA WATCH--There once was a boy named Trey. Actually he was named Antonio, as were his father and grandfather.

“Tu eres el tercer Antonio – el numero tres,” his grandmother said to him. “You are the third Antonio. Number three.”

So everyone called him Trey, regardless of whether they were speaking English or Spanish to him.

He was a quiet, soft-spoken child who loved to read, to listen to stories his grandmother and the women told when they met on Sundays, and to be with his mother who was young and beautiful but very sickly. 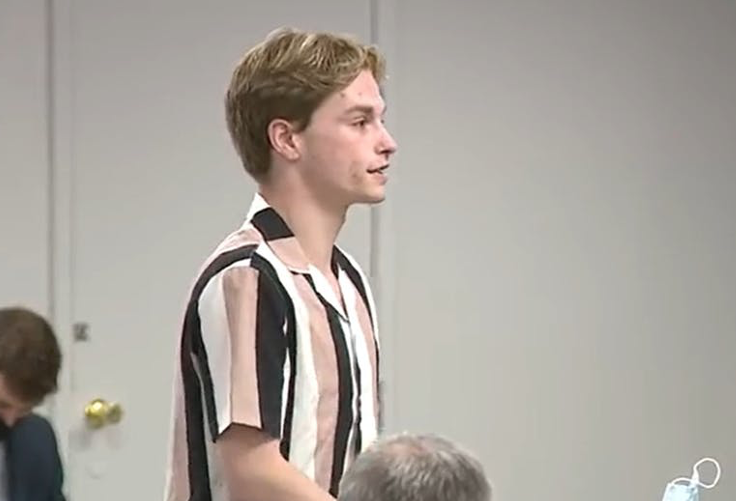 MEDIA WATCH--A gay teen in Texas spoke at his local school board meeting about how he is being denied an education because he wore nail polish to school.

“This isn’t about me anymore,” said Clyde High School senior Trevor Wilkinson. “It’s about a discriminatory, sexist policy that needs to be changed.”

Wilkinson went to school after Thanksgiving this year with nail polish on and he was given an in-school suspension (ISS) because he violated the dress code, which bans male students from wearing nail polish and make-up. He was told he would stay in ISS until he removed the nail polish, but he’s not giving up without a fight.

“I got my education taken away from me for something as minor as painting my nails because it’s against the dress code,” he told the Clyde CISD school board, wearing nail polish. 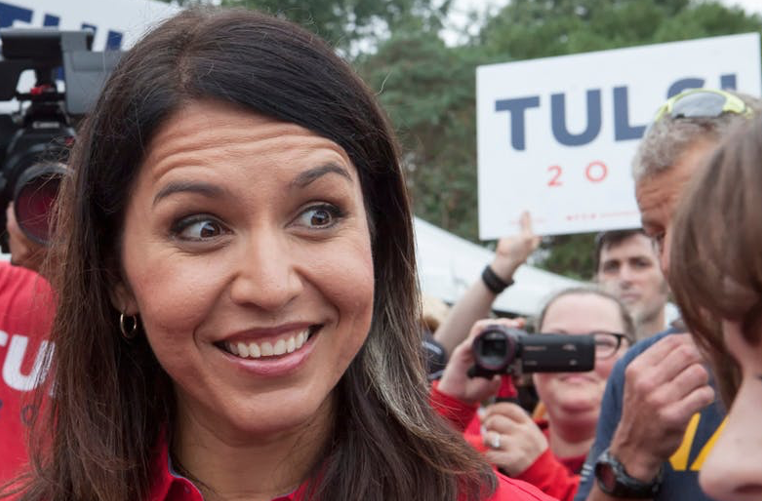 MEDIA WATCH--Rep. Tulsi Gabbard (D-HI) has introduced legislation that would ban transgender girls and women from participating in sports as their gender. Gabbard ran in the 2020 Democratic presidential primary and faced criticism for her past as an anti-LGBTQ extremist, where she referred to pro-marriage equality advocates as “homosexual extremists.”

The bill, which the former presidential contender introduced alongside Rep. Markwayne Mullin (R-OK), would amend Title IX of the Education Amendment of 1972 to make it illegal for sports programs “to permit a person whose biological sex is male to participate in an athletic program or activity that is designated for women or girls.” 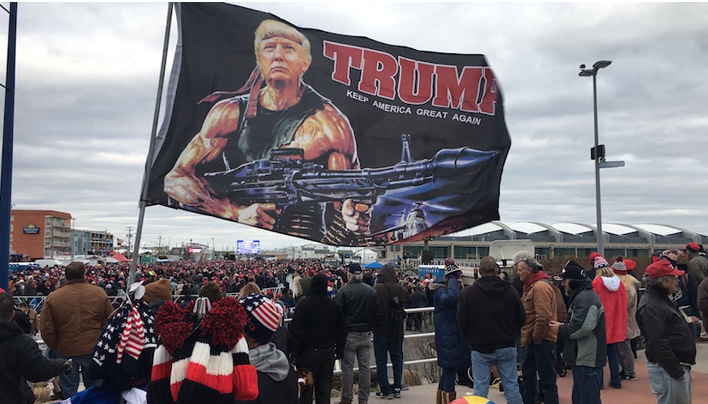 MEDIA WATCH-There’s a dangerous kind of stupidity rising in our societies, taking over some of them wholesale. And so the question needs to be asked: can democracy survive the Age of the Idiot?

This is an age where the sheer bottomlessness of human stupidity has been revealed, and it’s somewhere between jaw-dropping, ugly, and tragicomic. Covid’s like an electron microscope for it. Take the bizarre, unbelievable example of all those American Idiots who literally go to the hospital with Covid, end up in the Covid ICU, where they’re dying of Covid, and yet bitterly and angrily complain to nurses that Covid doesn’t exist. 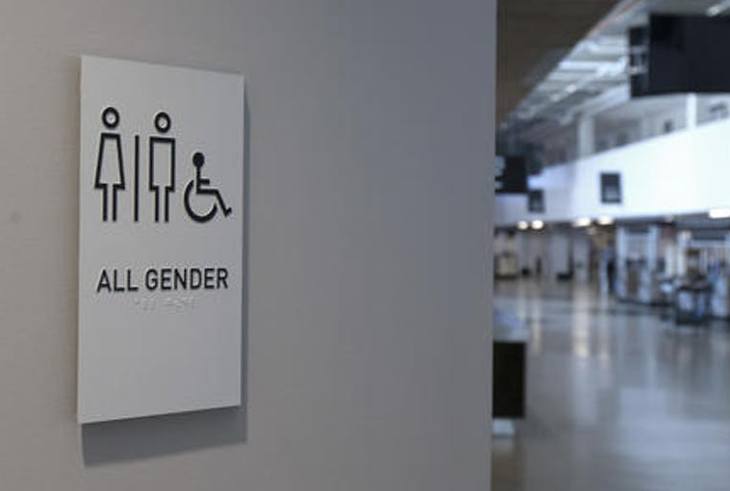 MEDIA WATCH-The Supreme Court has declined to take up a case brought by Oregon parents who want to exclude transgender students from school locker rooms and restrooms. The parents demanded that trans students only use facilities that correspond with their sex at birth and not the gender with which they identify.

The court did not give a reason for turning away the appeal, but similar lawsuits have been dismissed by lower courts across the country. The decision to decline the case is a big win for transgender students. 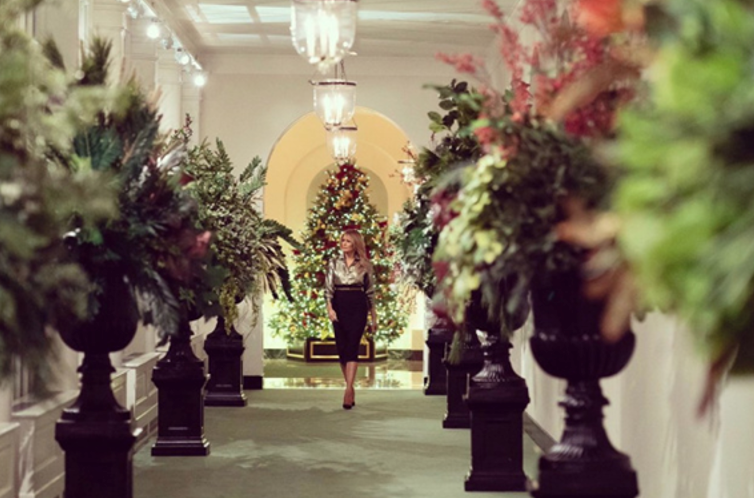 MEDIA WATCH--Oh God, the Who Gives A Fuck About Christmas Stuff Witch has done it again. Amidst the election incitement of her despicable husband and his homicidal mismanagement of a pandemic now at almost 14 million cases and 270,000 deaths and their defiant intention to throw over a dozen indoor parties because they really don't care they stole Christmas and much of normal life from America, Melania is blundering through another Christmas charade, from the arrival of the Who Gives A Fuck About Christmas tree to her unmasked hosting of kids for an ornament display to the video of a vacant-eyed, stiletto-heeled FLOTUS teetering around a White House crammed with blinding, sparkling, twinkling, garlanded, gazillion-dollar displays like a woman who got lost looking for the bathroom in a strange museum she didn't want to visit in the first place. (Photo above: Touring the urns of the COVID dead.) 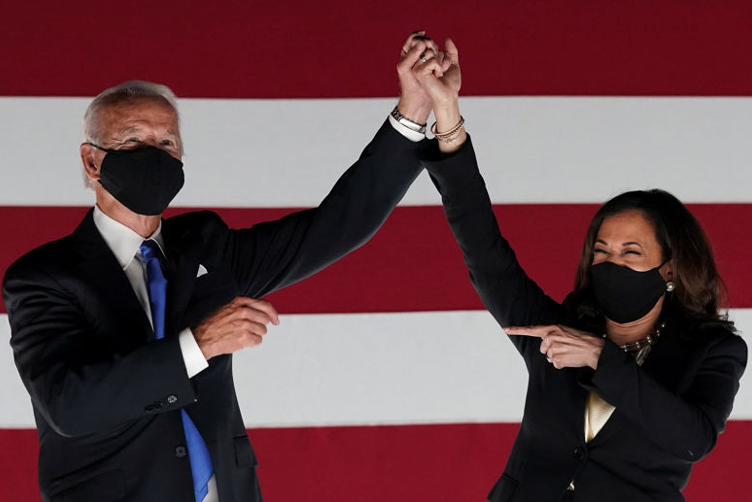 MEDIA WATCH--President-elect Joe Biden will make LGBTQ rights a priority in his administration. Biden has repeatedly stressed to advocates that he would move swiftly to repeal several of Donald Trump’s executive orders.

The president-elect’s plan also calls for passage of an omnibus LGBTQ rights bill, the Equality Act, within his first 100 days in office. The proposed legislation has languished in Congress during the Trump administration.