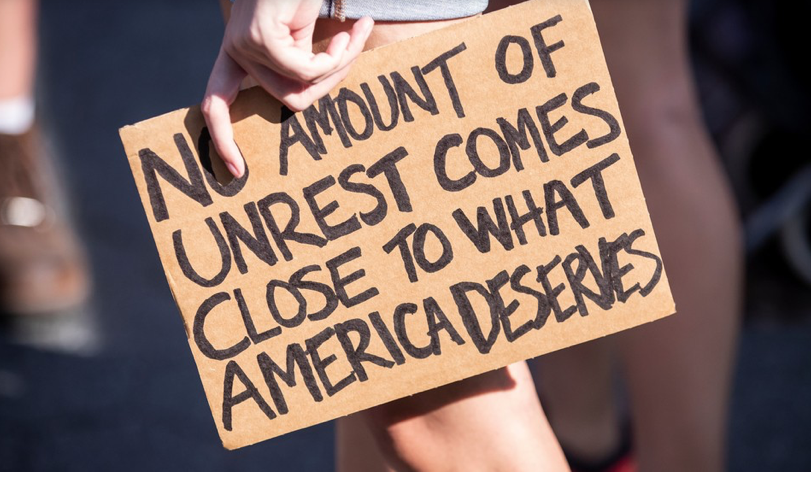 SAY WHAT? - Hoping an(other) almost-all-white jury would like them be "very scared" to see fearsome black man Ahmaud Arbery jogging down the street in placid Satilla Shores, defence attorneys for the three good-ole-boys who shot Arbery down like a dog last year spent Monday unspooling closing statements so incendiary, vituperative, nonsensical and staggeringly racist they drew gasps in the courtroom, where spectators had already heard a lot.

They'd heard prosecutors demolish claims by the defendants - Greg and Travis McMichael and their neighbor William 'Roddie Bryan - that they suspected Arbery of theft after they'd seen him walking through an unfinished construction job; it turns out Arbery had taken nothing, the owner had already said Arbery was just getting a drink of water from a faucet, the state's "citizen's arrest" law the yahoos cited has been repealed, in any case three thugs with two guns and two trucks attacking a guy on foot so unarmed he doesn't even have a cell phone is pretty rarely as in never "self-defense," and in truth they "made assumptions" that day in all their dumb racist glory because Arbery was "a Black man running down the street."

In a final hail-Mary, the defense also called one more time for a mistrial, with Kevin 'Too Many Black Pastors' Gough charging that a group of protestors and, yes, black pastors outside constituted "a woke left mob" and "a public lynching (in) the 21st century, with all due respect." After the judge, with all due respect, again rejected his call, the ignoble defence then started in with their own public lynching.

Enter uber-fearmongering defence attorney Jason Sheffield, who painted a rose-colored - actually, mostly white - picture of a "once-idyllic neighborhood (where) elderly would walk at night, kids would play after dark" until, tragically, it became a place where black men trying to save up money to return to technical college went jogging. "This neighborhood was being covered in suspicious persons, extra watches, neighborhood patrols and concerned citizens," he said, noting his client Travis had read about it on Facebook. "The types of things these neighbors would talk about to each other was about the crime that was being committed to them...crime they had seen happening across the street from them" that "caused them concern...It was unsettling to imagine people lurking and sneaking around your property at night." Especially when they showed such promise when young even if they didn't actually take anything from said property, his vile colleague Laura Hogue went on. "A beautiful teenager with a broad smile and a crooked baseball cap can deteriorate and lose his way," she noted. "Years later, he can end up creeping into a home that is not his own and running away." Coming in for the stomach-churning kill, she then launched into a mythical narrative about Arbery's "wrong direction" so vicious his mother walked out of the courtroom. "Turning Ahmaud Arbery into a victim after the choices that he made," she sneered, "does not reflect what brought Ahmaud Arbery to Satilla Shores in his khaki shorts...with no socks....and long dirty toenails." Hey, don't be shy. Just call him a filthy nigger and be done with it.