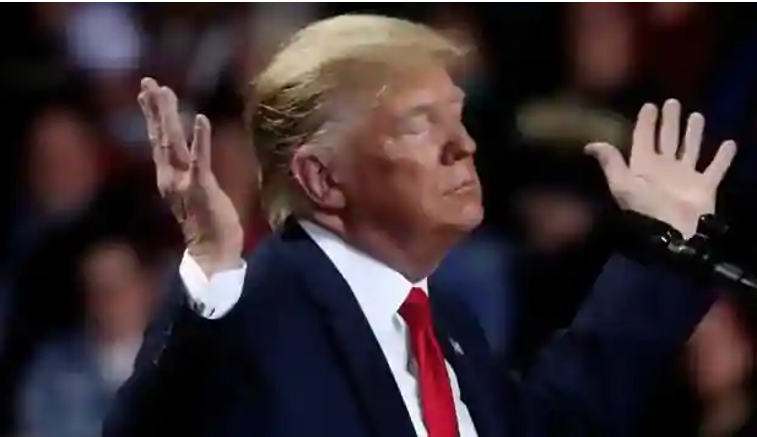 MEDIA WATCH--One week into his term, President Donald Trump devastated tens of thousands of people with the stroke of a pen.

Throughout the campaign, Trump had vowed to enact a Muslim ban. His fifth executive order effectively made good on that promise, banning people from seven countries — all majority-Muslim — from entering the United States.

Immediate chaos followed. People were stranded at airports. Families were kept apart. Refugees set to finally find safety in the U.S. after years of navigating international bureaucracies were abruptly abandoned.

That day proved to be a harbinger of what was to come. For the next four years, Trump followed up with policies, actions and comments that were tremendously painful for hundreds of thousands of people. That suffering was borne primarily by minorities and people of color: Latinos he demonized, Black people he denigrated for protesting against racism and brutality, Muslims he continually attacked, transgender people he licensed discrimination against, Asian Americans he insulted.

Trump separated thousands of immigrant children from their parents in a policy that will go down in history as among the cruelest actions of his administration. He downplayed the coronavirus pandemic, which has thus far killed at least 375,000 Americans.

Trump riled up supporters in opposition to his perceived foes: Democrats, particularly women of color such as Rep. Ilhan Omar; whistleblowers such as Lt. Col. Alexander Vindman; election workers who he suggested were part of a massive fraud campaign; public health workers who pushed for more safety precautions to stop the spread of COVID-19.

He defended white nationalist protesters as “very fine people” after they descended on Charlottesville, Virginia. He called Haiti and African nations “shithole countries,” a view he would have followed up with action to decrease immigration had he won support from Congress. He insulted the women who accused him of sexual assault. He encouraged supporters to overturn the election in statements that led to an insurrection at the Capitol last week, a move that led to him being impeached for a second time on Wednesday.

The Trump era will be remembered for many things, including corruption and extremism. For many people, it will also be remembered as a time of immense pain — a time when the nation’s highest power, a man purportedly the president to all Americans, turned his aim on them.

We asked 14 people to share with us, in their own words, what it was like to live through it.