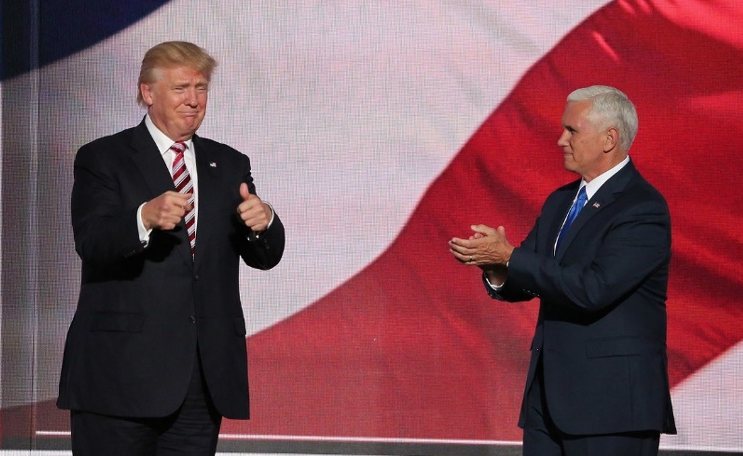 MEDIA WATCH-Donald Trump’s efforts to litigate himself to a second term are effectively done. Hastening the end are two things. One, the reality that the voter fraud claims on which he stakes his litigation strategy are baseless. Two, something that every first-year law student knows, the ethical and legal obligations of (Trump’s) attorneys not to press arguments in court which are meritless or frivolous. This includes Rudy Giuliani as Trump’s legal manager.

There was never much of a chance Trump would succeed in overturning the presidential election results in court. There was a fantasy that the legacy of Bush v. Gore that led to the Supreme Court handing Florida and the 2000 presidential race to George Bush would prevail again. Yet that case was about varying standards to ascertain voter intent in an election in one state where the margin between George Bush and Al Gore was simply a few hundred votes. Bush’s legal team raised legitimate constitutional questions about Equal Protection and treating different voters differently. Winning in court in that one state gave Bush the electoral votes he needed to win the presidency.

Here Trump is raising questions about widespread voter fraud across multiple states where Joe Biden’s margin of victory is thousands if not tens of thousands of votes. Trump would have to overturn election results in at least three states.

The basis of Trump’s arguments is not about voter intent but assertions of voter fraud and the counting of ballots.  Claims of voter fraud have been a Donald Trump mantra for years and also the basis of a partisan dispute over voting rights since at least Bush v. Gore. Republicans are absolutely convinced there is widespread voter fraud in America and have made it part of their political rhetoric to motivate their base and arguably to suppress voting.  This is true even though they have failed to produce an iota of credible evidence that widespread voter fraud exists and that it has affected the outcome of elections.

The Supreme Court in Crawford v. Marion County, 553 U.S. 181 (2008) gave credence to the voter fraud rhetoric when it upheld an Indiana voter identification law as a means to detect and deter voter fraud, even though the State conceded there it had no recorded and provable instance of such fraud in its entire history.  The Crawford case was a facial lawsuit that challenged the very validity of the ID law and therefore no evidence of fraud needed to be produced by the State to win.

Election lawsuits are a different matter. To successfully claim voter fraud, throw out votes, or overturn election results one needs evidence. Challengers carry the burden of proof and persuasion to show fraud—mere assertions are not enough. In state and federal courts there are clear rules of evidence that define what is admissible, with mere hearsay, speculation, or rumor not enough.

Trump’s legal team is losing in court because it is unable to meet the legal evidentiary standards to prove fraud. The rules are not stacked against the president and judges are not corrupt. The problem is Trump does not have a legal case. In many ways his lawsuits regarding fraud are welcome—they finally put on trial claims of voter fraud that were untested in Crawford and judges are rejecting the arguments as baseless. So are many Republican officials who administer elections. This should put to rest serious claims about voter fraud.

Trump’s lawyers may recognize the baselessness of the fraud claims and in recent days several legal teams have resigned, including in Pennsylvania.  They had to, possibility because they recognized that to press them further meant they could face disciplinary sanctions.

Rule 11 of the Federal Rules of Civil Procedure bars attorneys from filing cases which are frivolous, lacking evidentiary support, or which are meant simply to “harass, cause unnecessary delay, or needlessly increase the cost of litigation.” If such litigation persists, courts may sanction attorneys.

Similarly Rule 3.1  of the Model Rules of Professional Conduct—the ethical code for lawyers—bars attorneys from bringing frivolous claims. Every state has a version of Rule 3.1 and it imposes a sanctionable ethical obligation on attorneys that could potentially lead to disbarment.

Trump may make unfounded assertions of voter fraud and press them to the public. His attorneys cannot not.  Moreover, to the extent that Rudy Giuliani in managing Trump’s legal strategy is furthering frivolous assertions, he too could face Rule 11 and Rule 3.1 sanctions.

Courts have been generous in letting Trump’s attorneys press their arguments and give them a hearing.  But they have failed to provide proof of fraud that will affect the outcome of the presidential election in even one state, let alone the multiple ones required to change the outcome of the election.  Attorneys’ ethical and legal obligations not to press meritless claims are now bringing a halt to the president’s legal strategy.

(David Schultz is a professor of political science at Hamline University. He is the author of Presidential Swing States:  Why Only Ten Matter. Posted first at counterpunch.org)