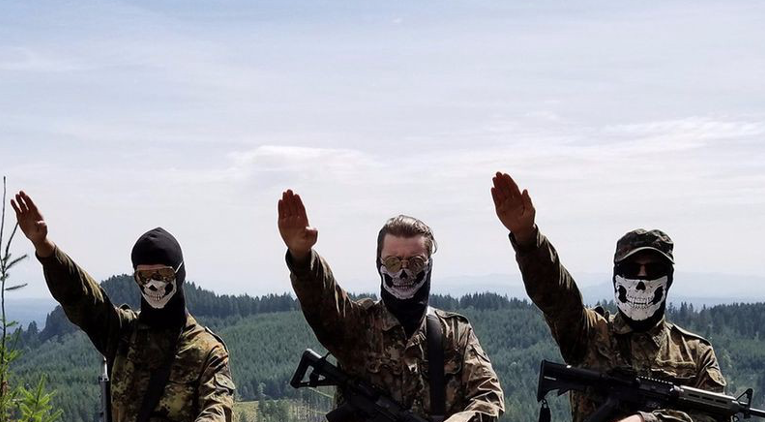 MEDIA WATCH--It has become painfully obvious to everyone living in the United States that we have a dirty underbelly of citizens that had remained hidden. These people have a twisted idea that the only Americans that should have the right to live here are white and believe in their cherry-picked Christianity. To achieve those goals they are willing to support an authoritarian dictator, throw all but the 1st two Amendments of the Constitution out the door, and go so far as to enter into violence against all that don’t fall into lockstep with their beliefs. Trump was the one that spoke out loudly to let these losers, whiners, and constantly angry people out and there is no way that they will slither back into the slime from whence they came, without a fight.

Many people have made the comment that the trump supporters are the “angriest winners” that they have ever seen. It wasn’t enough that there were members of the EC that went rogue and pushed trump to the forefront, the sycophants have continued on their angry crusade, demeaning anyone and everyone that doesn’t praise trump and follow him in all of his lies and deceit…all the way over the cliff. Yes, this is shades of every totalitarian regime that we have seen in the past, but maybe that’s part of the point of why these followers trail around after him…they never learned history.

I have devoted almost five years talking to and studying trump supporters and while there are a few that I have met that seemed to be somewhat intelligent, the vast majority are those that are completely uneducated, were never successful in much, and were in search of some kind of leader that used the same low IQ words that they could understand. These are not people that you would want to invite to your home, and frankly, I have found a lot that exhibit severe mental health issues.

In their search to “belong,” trump supporters have found each other. There is no “losers club” in our society, so trump created one. These people heard words from trump that resonated with how they feel and most of their emotions seem to be focused on anger, hatefulness, and vindictiveness. An article from PsyPost:

The researchers also analyzed data from the Pew Research Center’s November 2016 Post-Election Survey, which included 533 Trump voters. They found that voters who indicated that the election of Trump made them feel proud were more likely to believe that he should not work with Democratic leaders to accomplish things and should stand up to Democrats even if it means less gets done in Washington.

‘It means that among those who were particularly invested in supporting Donald Trump and whose individual sense of personal significance was mostly affected by the victory, his hostile actions were accepted the most,’ [Katarzyno] Jaśko told PsyPost.

‘In contrast, among voters of Hillary Clinton (when they were asked about it a week before the elections), expected gain of personal significance (should she be victorious) was weakly but significantly related to support for her benevolent but not hostile actions toward her opponents. Thus, Trump supporters seemed to be more vindictive in their expected (and actual) victory, whereas that was not the case for Clinton’s supporters.’

The article continued with:

“We don’t know what psychological factors account for the differences we obtained between supporters of Trump and Clinton in their support for hostile actions of their elected candidate. None of the variables that we included in our study such as political ideology, socioeconomic status, or education explained those differences,” Jaśko said.

Not Even Death with COVID-19 Will Change their Minds

I have written a number of articles regarding cult mentality and behavior and the fact that hundreds of psychologists have reaffirmed that the trumpers exhibit this behavior. For anyone that has ever studied or watched programs regarding cults, you quickly recognize that nothing can sway the followers away from a leader that they have pledged to. From Charles Manson to Heaven’s Gate and Jim Jones, there is a specific type of person that actually “needs” someone to tell them what to do, even if it goes against all social and moral codes. This is where we are with the trump cult and nothing proves it more than their complete rejection of any of the science or health professionals for the COVID-19 pandemic.