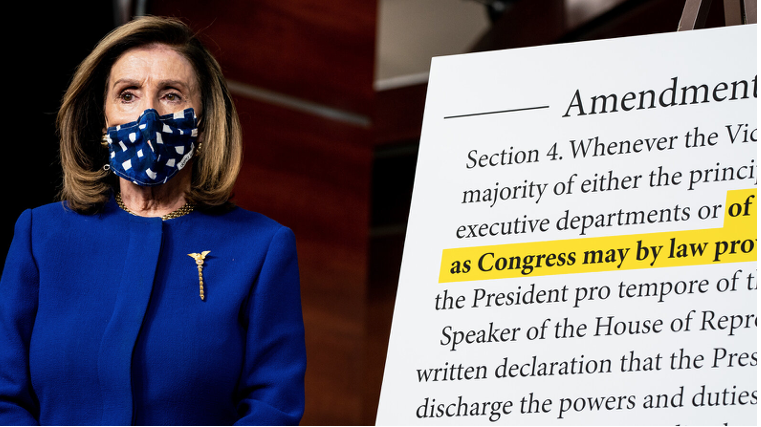 MEDIA WATCH--President Trump’s recent bout with COVID-19 and increasingly erratic behavior has heightened concerns as to whether the 25th Amendment to the U.S. Constitution is up to the task of dealing with issues of presidential succession, especially during a pandemic. Why wasn’t Vice President Mike Pence given temporary presidential powers while Trump was fighting off a life-threatening illness and taking experimental medications known to cause mental confusion and lapses of judgment? White House officials confirmed he had no plans for Pence to assume even temporary authority as president.

This brings up the issue of presidential succession when the president is incapacitated but unwilling to step aside. It’s an issue addressed by the 25th Amendment, though action by Congress is urgently needed to help clarify and strengthen it. Furthermore, this action should receive bipartisan support since Republicans would be equally concerned if, for example, Joe Biden were to become the next president, fall ill, and refuse to temporarily give up power. The fact that Republicans currently do not support the strengthening of the 25th Amendment, shows just how much they are under Trump’s control.

The problem is that presidents tend to appoint their own cabinet members, as is the case with Trump’s current cabinet and will likely be the case with the next cabinet. Even if Pence and some of the cabinet officers were willing to summon the courage to invoke the 25th Amendment and temporarily remove Trump from office, Trump could fire them and leave their positions unfilled, thus thwarting the succession process.

The 25th Amendment, however, has an answer to this nightmare scenario: The answer lies in the language of the Amendment providing for a president’s temporary removal from office by “such other body as Congress may by law provide." Congress has never provided for such a “body,” but now would be an excellent time to do so.

House Speaker Nancy Pelosi (D-Calif.) (Photo above) Iand Rep. Jamie B. Raskin (D-Md.) recently introduced legislation that would create a commission to “help ensure effective and uninterrupted leadership” in the presidency. According to a statement released by Pelosi and Raskin, the proposed legislation would establish a panel of experts, called the “Commission on Presidential Capacity to Discharge the Powers and Duties of Office,” to advise Congress on the implementation of the 25th Amendment process.

Raskin introduced a similar measure in 2017 that would have established a congressionally appointed commission of physicians and leaders to evaluate the president’s health and work with the vice president on a transfer of power. Raskin argued that such a move was necessary because Trump had “thrown our country into chaos at every turn” since he had taken office. Even if this were not the case, the establishment of a high-level and non-partisan panel of medical and psychiatric experts, as well as other notables who can be reliably expected to act in a professional and non-partisan fashion, is long overdue. Closing our eyes and praying that Trump does not fire his entire cabinet in order to prevent them from voting on his temporary removal from office, is not a prudent course of action. A mentally or psychologically disabled president -- Democrat or Republican -- can do a lot of damage while the country waits for Congress to form a panel to advise it on the best course of action. The American people have enough other pressures on them right now. The added risk of having a mentally incompetent president steering the ship of state should not be another one.

(Kenneth F. McCallion is a New York-based attorney, has taught a course at Fairfield University on “Impeachment and the 25th Amendment,” and is the author of COVID-19: The Virus That Changed America and the World. )