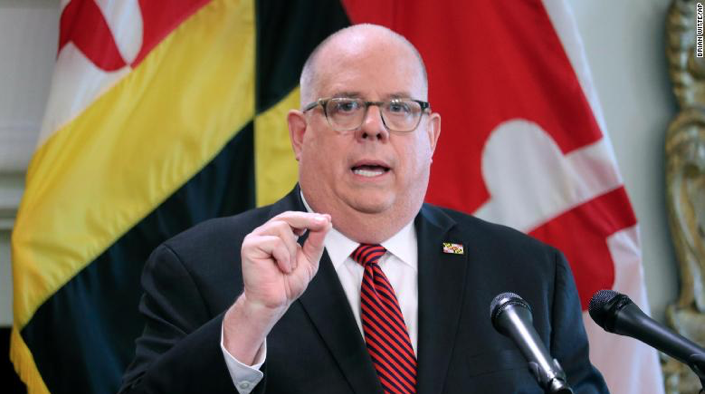 CORONA WATCH--Republican Gov. Larry Hogan of Maryland slammed President Donald Trump's early response to the coronavirus pandemic as "hopeless" in an editorial published Thursday in The Washington Post, elaborating on his efforts to secure testing kits and prevent deaths of residents in his state.

Hogan's strong criticism of the President's response comes as the number of coronavirus cases accelerates across the US and as states take preventive measures into their own hands on how to slow spread. Hogan, who is chairman of the National Governors Association, has called for more help for the states and has openly pushed back on Trump about the pandemic, including the President's claims about the availability of coronavirus testing.

In the Washington Post article, Hogan said he watched as Trump "downplayed the outbreak's severity and as the White House failed to issue public warnings, draw up a 50-state strategy, or dispatch medical gear or lifesaving ventilators from the national stockpile to American hospitals." He also detailed his efforts to secure 500,000 coronavirus tests from South Korea with the help of his wife, Yumi Hogan, who was born there, and how the National Guard was brought in to protect the tests.

"Eventually, it was clear that waiting around for the president to run the nation's response was hopeless; if we delayed any longer, we'd be condemning more of our citizens to suffering and death," Hogan said. (Read the rest.)