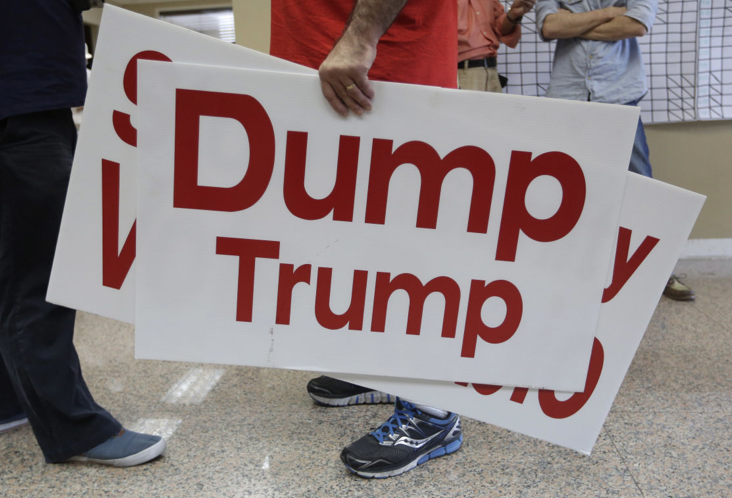 WHAT THEY’RE SAYING--This week’s astonishing people’s victory in Wisconsin has shattered the myth of an unbeatable Trump dictatorship.

A gerrymandered legislature and the Trumpite US Supreme Court failed to steal an election they were heavily favored to win.

The big upset victory put liberal challenger Jill Korofsky on to the Wisconsin’s supreme court. It has upended all the assumptions about November 2020.

It means people power can beat dirty tricks even when perpetrated by a gerrymandered legislature and a corrupt US Supreme Court.

● For a four-minute radio summary

X But as in Michigan and Pennsylvania, Hillary Clinton—-who won nationwide by nearly three million popular votes—- refused to support legal challenges that might’ve kept Trump out of the White House.

X In 2018 Wisconsin voters threw Walker out of their governor’s mansion.

X Democrats also won the popular Assembly vote count by 1.3 million votes versus 1.1 million. But the Republicans got 63 gerrymandered seats versus 36 for the Dems; in the Senate it’s 18-15.

X On April 6 only five voting stations were functioning in Milwaukee where usually there would be 180.

X The attempted putsch by the Legislature and Court forced thousands of Badgers to vote while being exposed to the Coronavirus. Some may ultimately die for having done it.

Amidst the mess, the GOP was expected to hold a key seat on the Wisconsin Supreme Court. The far-right incumbent, Dan Kelly, was endorsed by Trump, loudly and often. No sitting Wisconsin supreme court justice had been ousted since 2008…and before that since since 1967.

But more than a million Badgers requested absentee ballots. Angered by the legislature’s attempt to deny them the vote, many walked their ballots into polling stations. (Many also arrived in the mail without a postmark, leaving them open to challenge).

Results were not posted until April 13. They show the liberal Korofsky (the race is officially non-partisan) with an apparent margin exceeding 100,000 votes. Kelly has conceded. Trumpite Republicans may challenge the outcome, but the margin is expected to hold.

“God,” one Badger told me commenting on the unusually warm spring temperatures on election day, “wanted us to win this election.”

For the nation as a whole, the message is clear: when voters fight for their ballots, and are willing to walk them in, and to show up at the polls, and to guarantee the votes are counted, and to call or write others to confirm that they are registered and know how to make sure their votes are counted…then even a rigged election can be turned.

This shocking victory shows how YOU can dump the Trump Dictatorship: Fight like hell for Vote by Mail; make sure you get an early ballot; make sure you help your Dump-Trump neighbors get theirs; work to safeguard the voter registration rolls; follow up with those who may not be registered and may have been purged; follow up with those who are due a ballot but didn’t get one; become a poll worker; make sure the voting stations function properly; make sure the vote count is closely watched; if you don’t live in one yourself, call into swing states to help guarantee all the above.

Trumpite cultists want to abolish the vote for anyone who isn’t a Trumpite, especially non-millionaires of youth and color.

But the heroic angry Badgers have shown that despite its fascist power, the Trump dictatorship can be dumped.

(Harvey Wasserman is an LA-based talk radio host and author of “The People’s Spiral of U.S. History.” (solartopia.org).