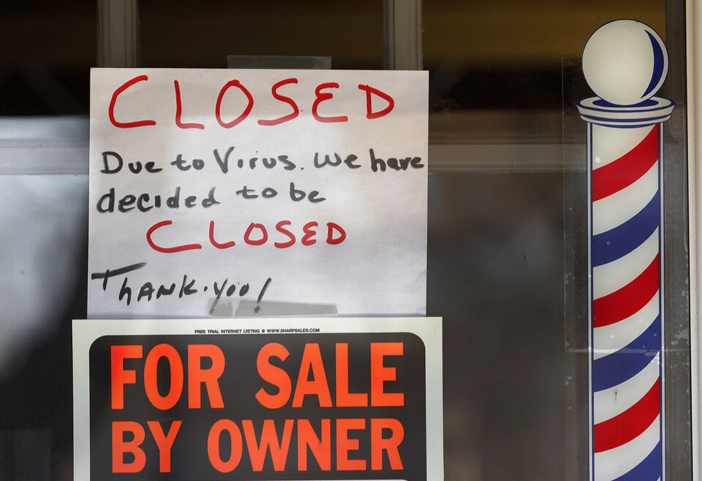 WHAT THEY’RE SAYING--A fine gentleman named Nigel — not Farage, don’t worry — wrote to me recently to ask a question that’s probably on a lot of minds:

“Why is ‘printing’ money out of thin air the only solution to governments in the face of this crisis?”

Now, I want you to really understand “money” once and for all — and why we need to reinvent it. So I’m going to try to really explain it to you. Bear with me — this might get a little tedious, but I promise, by the end, you should understand the mystery of money in an entirely new and clearer way.

Money is a little bit like sex. It’s not good on your own. Having too little will drive you crazy, having too much will leave you bored, and yet it makes the world go round. I’m not being facetious — I’m making a technical point: money is so mysterious because it’s both a private and a public good, and there are very, very few things like that at all, hence it confounds us.

Now. The way that most of us understand “money”, and the reason I put it in quotes, is that we have a capitalist notion of it. Don’t worry — I don’t mean your local butcher and brewer and baker, I mean a system in which everything is done for profit by giant corporate monopolies, traded on stock markets, owned by hedge funds. The way that money works in this particular system is the way that most of us think about money at all — the only we can imagine it, really.

What precise way is that?

Do you see what I mean by “money in a capitalist system”? They’re private, profit-seeking corporations, after all — at least most banks, especially big ones. Why should they have accounts at the central bank — but not the average person? As usual, capitalists reserve a certain degree of socialist privilege for themselves — but not for anyone else. The central bank should be a public institution — but in our broken system, it’s a club, a weirdly private institution, where you can’t have an account, only banks can. What the?

Now. How is “money” then created? Here’s the next thing you should know about money in our broken system: money is debt. Nearly all of it. Here’s a chart of America’s money supply. Here’s a chart of America’s national debt. Do you see how the amounts are almost precisely the same? That’s not a cosmic coincidence — it’s a relationship. Money — the vast, vast majority of it — is just debt. (Read the rest.)