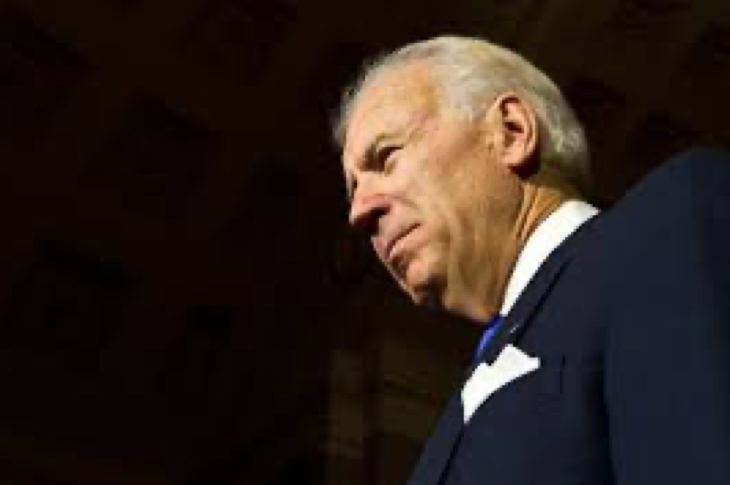 WHAT THEY’RE SAYING--Joe Biden must step aside. NOW!!!

Someone else must be the Democratic Party’s nominee to run against Donald Trump.

As Trump lies to the world, day after day, and puts his ghastly son-in-law in charge of dragging us all into the morass of a lethal pandemic and a catastrophic economic crash, we hear virtually nothing from the presumptive opposition.

Once again, the corporate Democrats have done all they can to crush a youthful, vibrant grassroots Sandernista movement for real social change while serving up a weak, unexciting moderate sure to lose to a beatable Republican.

As Trump twists and stumbles and makes a fool of himself and the rest of us, Joe Biden is utterly absent, showing every sign of dementia-driven un-electability a GOP strategist could ever lust for.

And now, to top it all off:  no less than eight women have accused Biden of sexual imposition. At least one has accused him of forcible digital entry. Her description of the alleged event is gruesome, grotesque and extremely damning.

None of the accusations put forward by these eight women can be easily dismissed. Taken as a whole, they entirely disqualify Joe Biden to become president of the of the United States.

They guarantee one thing: if he is the Democratic nominee, running against Donald Trump, he will lose.

Biden’s tally of women accusing him of sexual imposition and/or rape is now just slightly under half of those accusing Trump, which stands somewhere around 19. At least one of Trump’s accusers is awaiting a DNA sample to see if it matches an item of clothing she says he stained during forcible entry.

Trump’s history of sexual imposition and grotesquely sexist rants clearly hurt him in the popular vote.

This country does have a history of electing sexually compromised men.

In 1803 Thomas Jefferson was (accurately) accused of fathering many children with his slave Sally Hemings.  He won re-election in 1804.

Democrat Grover Cleveland won in 1884 despite being charged with a rape that led to the birth of a child. The GOP taunt “Ma, Ma, Where’s my Pa?” was answered with “Gone to the White House, Ha, Ha, Ha.”

Bill Clinton won the presidency despite multiple accusations of sexual misbehavior. We all know what happened next.

To beat Trump in 2020, Biden would need overwhelming female support. He says he’ll nominate a woman for VP.

But he comes with cringe-worthy photos of unwanted embraces, from-behind message and more.

That ugly gallery would slash any margin the Democrats might claim from Trump’s grotesque misogyny. Like Hillary Clinton, Biden’s female running mate would be harshly attacked for choosing to “stand by her man” in the face of these accusations.

Biden’s actual control over his faculties is now widely doubted. He’s been virtually absent during Trump’s catastrophic mishandling of the Coronavirus Pandemic. Any serious opposition candidate would be daily critical of the death and destruction caused by Trump’s utter failure to cope with this crisis. iden has been all but missing in action.

Now he refuses to appear with Bernie Sanders when the two could easily agree to focus their TV time on Trump. As with women voters, Biden will not win without Bernie’s millions of enthusiastic Millennial backers. But exactly when their youthful energies are most needed, Biden and the corporate Democrats are turning them off. It’s exactly what Clinton did to hand Trump the White House.

But above all, Biden now stands accused of exactly the behavior most certain to alienate women.  Turning both women and millennial voters away from his campaign will virtually guarantee a Trump victory in November.

He needs to step aside NOW, while an alternative is still possible.