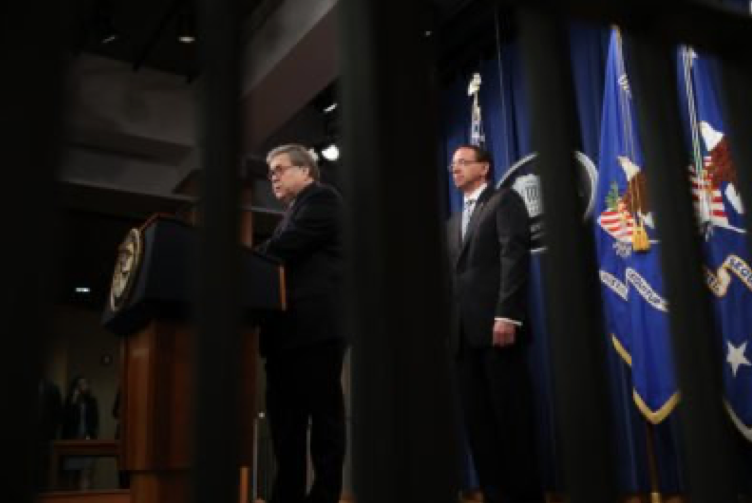 WHAT THEY’RE SAYING--On a Tuesday just before Halloween in 2018, a group of federal prosecutors and agents from Texas arrived in Washington. For almost two years, they’d been investigating the opioid dispensing practices of Walmart, the largest company in the world. They had amassed what they viewed as highly damning evidence only to face a major obstacle: top Trump appointees at the Department of Justice.

The prosecution team had come to Washington to try to save its case. Joe Brown, the U.S. attorney for the Eastern District of Texas, led the group, which included Heather Rattan, an over-20-year veteran of the office who had spent much of her career prosecuting members of drug cartels.

They first went to the Drug Enforcement Administration’s headquarters to meet the acting administrator, Uttam Dhillon. There Rattan laid out the evidence. Opioids dispensed by Walmart pharmacies in Texas had killed customers who had overdosed. The pharmacists who dispensed those opioids had told the company they didn’t want to fill the prescriptions because they were coming from doctors who were running pill mills. They pleaded for help and guidance from Walmart’s corporate office.

Investigators had obtained records of similar cries for help from Walmart pharmacists all over the country: from Maine, North Carolina, Kansas and Washington, and other states. They reported hundreds of thousands of suspicious or inappropriate opioid prescriptions. One Walmart employee warned about a Florida doctor who had a “list of patients from Kentucky that have been visiting pharmacies in all of central Wisconsin recently.” That doctor had sent patients to Walmarts in more than 30 other states.

In response to these alarms, Walmart compliance officials did not take corporate-wide action to halt the flow of opioids. Instead, they repeatedly admonished pharmacists that they could not cut off any doctor entirely. (Read the rest)