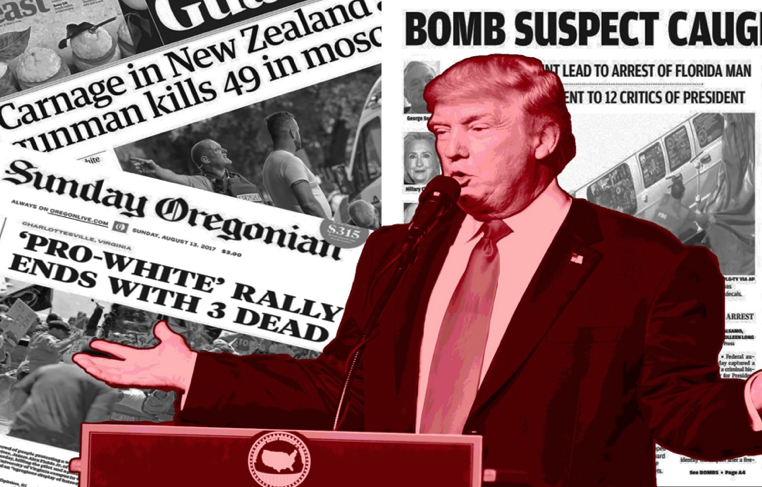 WHAT THEY’RE SAYING--Should Trump lose the 2020 election, someone is going to die. The offices of a left-wing organization will be bombed. A mosque will get shot up. Someone’s skull will crack open in street battles. Possibly all three. While such a macabre prediction might strike readers as alarmist, it’s an outcome so probable it approaches absolute certainty.

Trump’s presidency is the apotheosis of what historian Richard Hofstadter dubbed the “paranoid style of American politics.” For nearly two decades since 9/11, this toxic strain of conspiratorial thought has metastasized, moving from the fringes to the center. It brought Trump to office, and he nurtured it once in power.

Post-election violence will be the rational result of an irrational worldview. Trump’s most ardent supporters are the very same people who spent the Obama years stockpiling guns and forming militias. To them, the 2016 election represented hope that they were going to finally “take the country back” from the evil forces embodied by the “Kenyan Muslim socialist.” To one who lives in a reality where the true “voice” of the people is being subverted by a Deep State globalist cult of spirit-cooking pedophiles who murder children by the thousands, violence is not only justified—it’s a moral imperative. (Read the rest.)