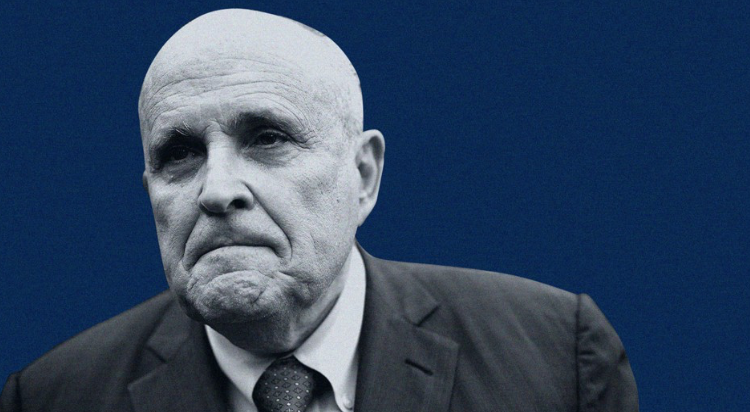 WHAT THEY’RE SAYING--When I last saw Rudy Giuliani for lunch, at the Trump International Hotel in Washington four weeks ago, his most pressing concern was that he had been locked out of his Instagram account. Giuliani, the former mayor of New York City and current personal attorney to President Donald Trump, had a young woman named Audra, who told me she had won the “hottiesfortrump” Reddit channel’s “Miss Deplorable” contest three years in a row, there to assist him. As Giuliani and I spoke, roughly a dozen tourists asked him to pose for photos and congratulated him on the “work” he was doing for the country.

Today, Giuliani, and specifically his “work” on behalf of the president’s 2020 reelection campaign, is a key part of a whistle-blower complaint describing alleged efforts to solicit foreign interference in the upcoming election — perhaps the most damning scandal of the Trump presidency to date. The complaint alleges that White House officials sought to “lock down” all records of Trump’s call with Ukrainian President Volodymyr Zelensky, during which Trump offered the help of Attorney General William Barr and Giuliani to investigate the dealings of former Vice President Joe Biden’s son Hunter in the country. It also alleges that State Department officials were “deeply concerned” about Giuliani’s subsequent conversations with Ukrainian leaders.

Even among the president’s closest allies, Giuliani is now the subject of scorn. When I reached him by phone this morning, following House Intelligence Committee Chairman Adam Schiff’s release of the full whistle-blower complaint at the center of the Ukraine scandal, he was, put simply, very angry.

“I’m not acting as a lawyer. I’m acting as someone who has devoted most of his life to straightening out government,” he continued, sounding out of breath. “Anything I did should be praised.”

Giuliani unleashed a rant about the Bidens, Hillary Clinton, the Clinton Foundation, Barack Obama, the media, and the “deep state.” He has spoken freely about all these topics since the moment he became a surrogate in Trump’s 2016 campaign. Giuliani has aired far-right conspiracy theories about Hillary Clinton’s health on national television. He has discussed his convictions about alleged Biden-family corruption with Trump in the White House residence. Still, until the Ukraine scandal broke, Trump’s allies were almost uniformly supportive of Giuliani to reporters, and current and former administration officials would often praise him for his loyalty. (Read the rest.)