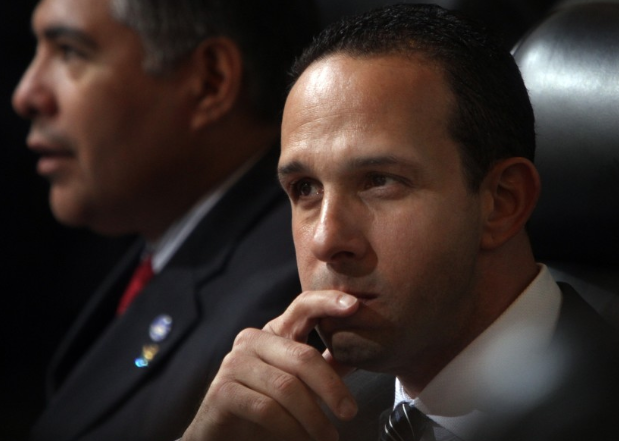 WHAT THEY’RE SAYING--Former Los Angeles City Councilman Mitchell Englander has been charged with obstructing an investigation into him accepting cash, female escort services, hotel rooms and expensive meals from a businessman during trips to Las Vegas and Palm Springs, federal officials announced Monday.

Englander, 49, is the first City Hall figure to be publicly charged in connection with a sweeping probe that has delved into the worlds of L.A. politics and real estate development. In all, he faces seven counts — three of witness tampering, three for allegedly making false statements and a single count of scheming to falsify facts.

He surrendered to federal authorities Monday morning and is expected to make an initial appearance in court Monday afternoon. Englander could not immediately be reached for comment.

The federal indictment alleges that Englander got cash, lavish meals and escort services from an unidentified businessman who was “seeking to increase his business opportunities in the city.” That businessman later began cooperating with the FBI and U.S. attorney’s office in their investigation.