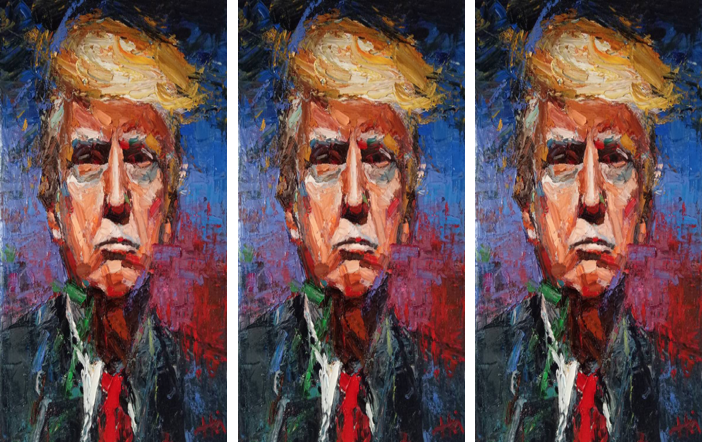 WHAT THEY’RE SAYING --While Donald Trump’s alleged wrongdoing in the Ukraine Affair has been the focus of impeachment proceedings, there are bigger problems afflicting the president hiding in plain sight that he may be more concerned over. Trump is widely known to hold that the president can’t be prosecuted while in office and that the Constitution places him above the law, something that Congress and most constitutional scholars scoff at.

To hold a president above the law makes a hash of the Constitution and rule of law and small “d” democrats find this objectionable. But Trump doesn’t really have an alternative to his position because he knows that the house of cards that has been his life could come crashing down around him after he inevitably leaves office.

That’s because the information Congress has been trying to gather from Trump Organization records, tax filings, and bank loan applications to name a few, may harbor evidence that he’s been running an organized crime racket for years. His behavior towards friends, enemies, and allies has aspects of vintage Mafioso dealings and for that type of criminal enterprise US federal law has, since the 1970s, provided a powerful law for prosecution, the RICO statute.

RICO or the Racketeer Influenced Corrupt Organizations Act defines a number of illegal activities that Trump could have participated in over the years. First, the law defines a racketeer as,

“A person who has committed ‘at least two acts of racketeering activity’ drawn from a list of 35 crimes — 27 federal crimes and 8 state crimes — within a 10-year period.”

Fines of up to $25,000 and 20 years in prison, per racketeering count, await convicted racketeers. Also, a convicted racketeer must forfeit all ill-gotten gains and interest in any business built on racketeering. RICO is important because it provides a way for bosses, who may only direct crimes rather than actively committing them, to be charged and prosecuted.

Finally, after charging and throughout trial the alleged racketeer must post a performance bond and the government can seize the alleged racketeer’s property making it impossible for the person to divest him or herself prior to conviction. This provision was put into the law to prevent Mafiosos from running off with their property held in webs of shell corporations. Trump has been reported to have hundreds of corporations.

So, how do we define a racket?

The Wikipedia entry appears to have been written by some sharp legal minds and says this:

“A racket, according to the current common and most general definition, is an organized criminal act in which the criminal act is some form of substantial business, or a way to earn illegal money either regularly, or briefly but repeatedly. A racket is therefore generally a repeated or continuous organized criminal operation. However, according to the more specific definition, racketeering constitutes extortion or criminal coercion. Originally and often still specifically, a “racket” referred to a criminal act in which the perpetrator or perpetrators fraudulently offer a service to solve a nonexistent problem, a service that will not be put into effect, or a service that would not exist without the racket. Conducting a racket is racketeering.[1] Particularly, the potential problem may be caused by the same party that offers to solve it, but that fact may be concealed, with the specific intent to engender continual patronage for this party.

A protection racket is a form of extortion whereby racketeers offer to “protect” property from damage in exchange for a fee, while also being responsible, in part or in whole, for the property damage.

So, how does Trump and the Trump Organization’s activities measure up?  (Read the rest.)